EA has confirmed with Game Changers that they are preparing official invitations that will start going out over the next few weeks. The email details all the different ways that game changers will be able to participate, and EA has confirmed that a special “Creators Cave” committee will make final determination on players who will be flown out by EA. 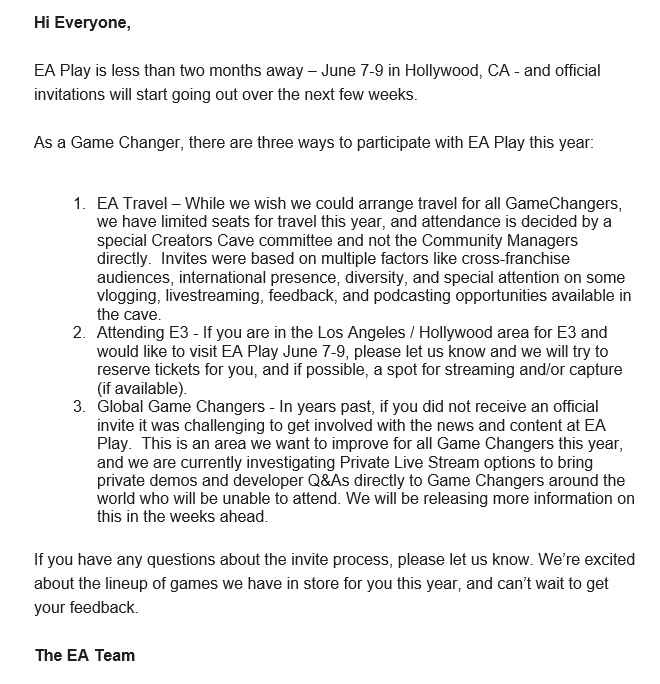 This email was also sent out to Sims Game Changers, so it is likely that the next expansion pack will be announced prior to EA Play, and be available to play at the event. Alternatively they may just wait and announce the game at the event. We do know that there is at least one expansion, game pack, and stuff pack coming over the next 6 months.