The September 5th, 2019 game patch updated the main menu options to include a new “in game survey” box that apparently gives EA the ability to issue surveys within the game. 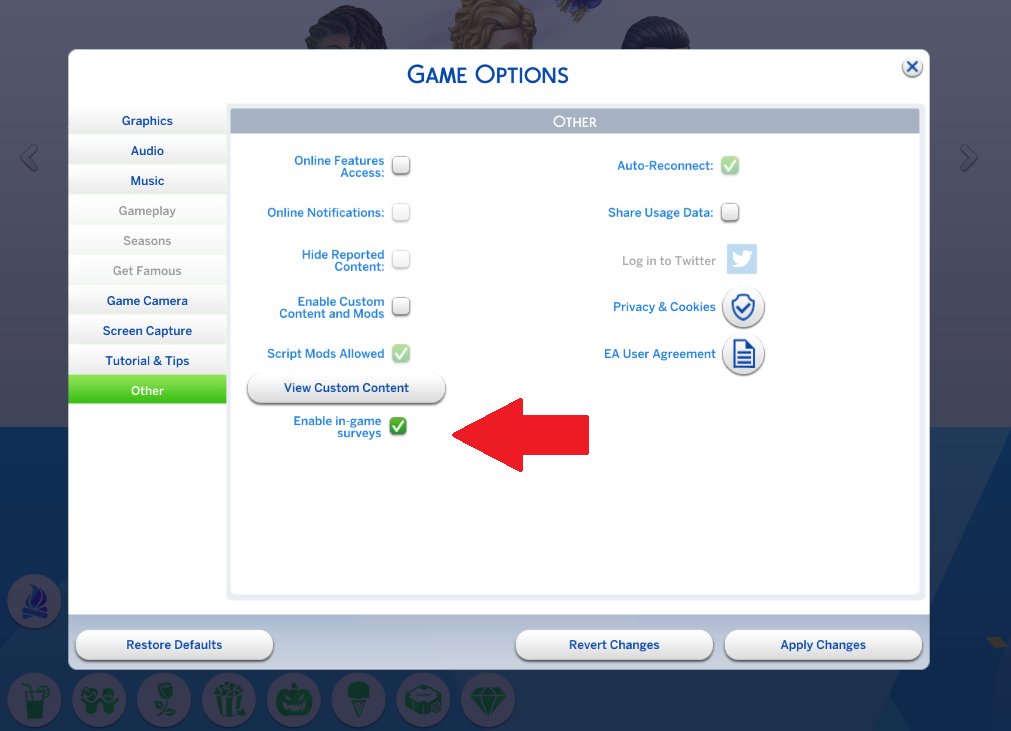