The Sims team has just announced that the winner of the “Create a Stuff Pack” art style vote is DIY Delight! The next vote in late January will focus on Create A Sim assets that will go into production for the pack.

Since November, Simmers like you have been helping us shape the next Community Voted Stuff Pack by sharing your votes through The Sims™ channels. Initially, you and your fellow players chose the Arts and Crafts theme with gameplay focused on knitting, and now you’ve selected the marvelous art style for the new pack! We received an astounding number of responses in this round, and the art style with the most votes was… DIY Delight! 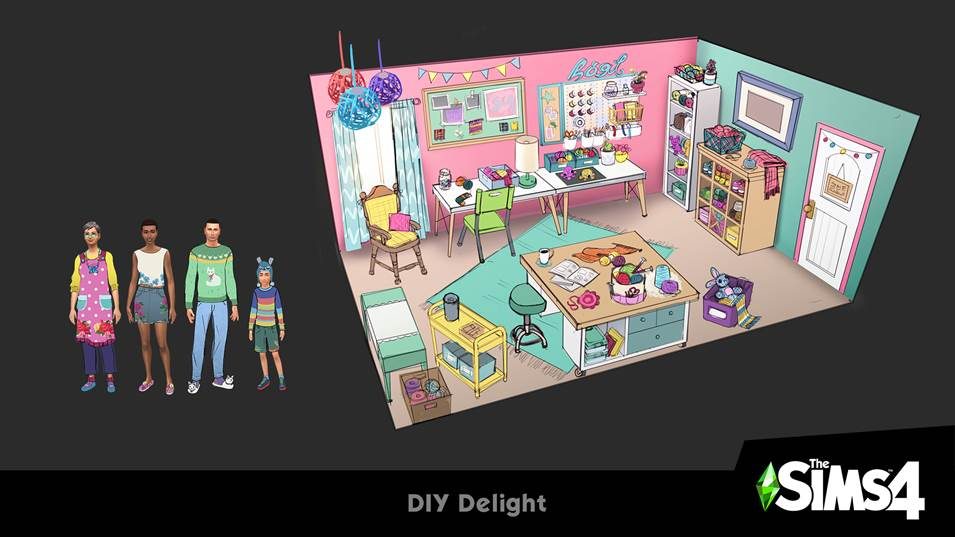 Now that the delightful art style has been finalized, our concept artists can start creating in-game objects and clothing based on DIY Delight for you to vote on in the next round. Keep your eye out at the end of January, when the Round 3 vote goes live to determine which Create A Sim assets will go into production!