Can The Sims 4 Learn a Thing or Two from The Sims Medieval? | SimsVIP

The Sims 4 has improved greatly since its toddler-free, swimming-less launch. However, there are a few things simmers been complaining since day one that haven’t been fixed throughout patches and packs.

Looking back at The Sims Medieval, I found a handful of things that could serve as inspiration for TS4. They would bring depth to gameplay and make our sims lives more dynamic in a few ways. 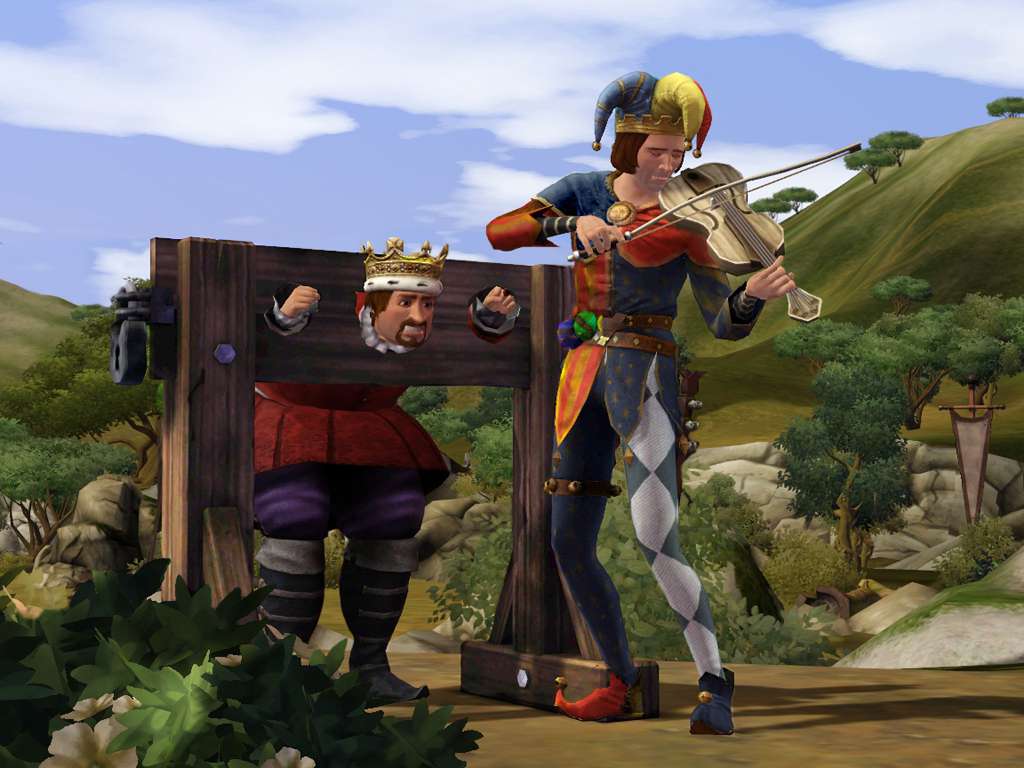 The sims we control in The Sims Medieval are not mere people, but heroes. And every hero has their weak spot, what is popularly called Achilles heel. Much like Achilles and his – you guessed it – heel in Greek Mythology, heroes cannot be all powerful without something that holds them back in their quest or even makes it possible for them to be defeated. So in The Sims Medieval, players had to give their sims two traits and one fatal flaw.

Now in The Sims 4, I know not all sims wear capes (although we can all be heroes inside our hearts, right?) but this is exactly how I think making sims should be. Can you imagine how many possibilities it would bring to storytelling if we had to assign one flaw to every sim we make? Not only it would be more realistic (pobody’s nerfect!), gameplay would be more challenging and, most importantly, sims would be more different from one another

I try to do this manually by assigning what I see as flaws to my sims most of the time, but at a certain moment it’s weird when every sim you see is either snobbish, jealous or paranoid. This is something The Sims 4 team already gave us with Vampires (for every few powers you choose, you have to also pick a weakness) and I believe it should be carried forward to regular gameplay as well.

The Point of Ingredients

In The Sims 4, we have this lovely system that knocks down the prices of meals if you have certain ingredients. So if your sims are making pasta primavera and already have the vegetables and herbs, they will only be paying for the pasta – which makes a lot of sense and I am very pleased with that.

There are no refrigerators in The Sims Medieval (*acts surprised*), so sims in that game have to gather food by hunting, fishing or foraging. Then they can cook or bake their ingredients in various ways around the world. Found a potato? Make a potato stew. An onion? Then it’s onion soup for dinner. Fought the whale that ate your parents? Now broil its meat in revenge (and yes, that was a thing in the game).

What I wish TS4 would learn from that is that sometimes the things our sims grow in their gardens or even fish could also be the main star of the dish, not simply an ingredient. For example, if the sim harvested carrots, they could then make a dish on which that vegetable would be the main star. Bring it to the stove and boil it, or roast it in the oven. Grilled carrot? Sure, why not?! That’s not only realistic, but would also bring more value to whatever our sims get. One last thing I want to leave here: This would tie greatly to a Farming expansion pack.

Have Faith, or Not

Now this is the most controversial topic anyone could suggest in a game, but it’s already something The Sims Medieval made right: There were two fictitious religions in the kingdom and your sim could convert to any of them – or remain skeptical with no impact to their lives. There were parallels between the Peterans and the Jacobans and real life religious institutions, but they were make believe. And while The Sims Medieval had two religions, TS4 could have even more (although we can fake those with the club system).

There could be a religion with great productivity in art, while another one is into studying and debating. Maybe sims of a third faith would always be willing to help others out, or even (since this is The Sims) be into all sorts of mischief. We could build temples that would hold gatherings where sims could meet people with the same belief (which would give them a bonus in socialization). The more they practiced their faith, the more improvements they would get in everyday life, from happy moodlets to miracles.

And you know what could be really cool? How playing different sims of different faiths would also reinforce respect and tolerance in real life, just like The Sims 4 has been doing with other issues. And if a player doesn’t want a certain sim or even household to be impacted by a faith system, they could just not be involved and the game would just go as usual. 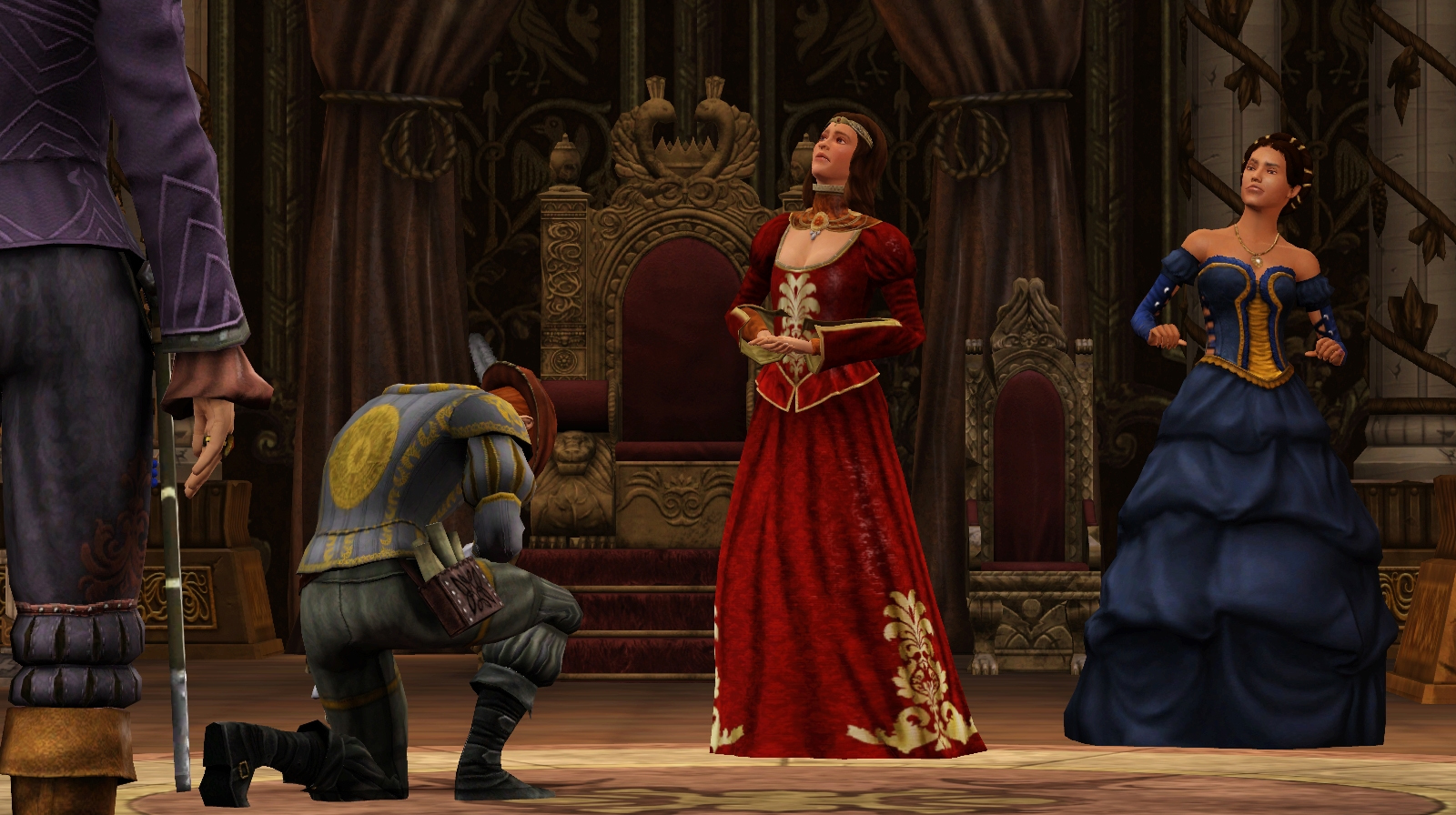 An Ever Changing World

When you start playing The Sims Medieval, the kingdom is somewhat sparse and empty. As the game progresses, you can choose to place lots that have great impact on everything you see, from sims playing sports to bards that will go around the land singing and entertaining others.

I personally don’t mind rabbit holes, so I was very pleased when they introduced the cave in Sulani and also the new university buildings where sims can do various things without a loading screen. And I believe that if we had the option to add a few things to every neighborhood, or choose from two or three alternatives to what would occupy a certain area in the world, it could make the game more dynamic.

This is something the devs have been trying to do with seasonal activities, for instance. But what if we could choose to have a stage instead of the skating rink, and that would bring performers to the neighborhood, but also loud music and trash? Or maybe have solar panels that would lower the cost of all bills in the area, but also have power outages on cloudy and rainy days? Place a stadium and rival teams supporters will brawl in front of your house, or choose a medical clinic and see the overall happiness increase.

A sense of story progression

This leads me to my last point, which is something many simmers have been talking about for over five years now: Story progression. That has to do with what is happening around the sims you’re playing and how things are not static if you’re not controlling them. Like people getting married or separated, changing or losing jobs, having babies and what not (The Sim 3 seems to have done this right).

In The Sims Medieval, you see new people coming to the kingdom every now and then. There are plagues that affect the overall mood and you can easily see that. It feels like there is always something happening, whether you decide to pay attention to what’s new or not.

That is something The Sims 4 usually lacks. You can have the most dynamic story for your sim, but everyone around seems to always be following a very monotonous life where the only thing that really happens is aging up.

And these are a few things from The Sims Medieval that could improve The Sims 4 to be a more in depth game. Have you played that game? What do you like the most about it? 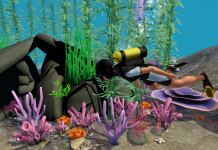 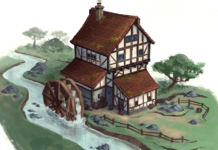