The Sims 4: Next Patch to Update Bills and Utilities | SimsVIP

During today’s Sims 4 Eco Lifestyle stream, Gurus confirmed that a new Bills and Utilities system will be coming to the game via game patch. Below is a screenshot and transcript of SimGurus explaining how this new system will work with and without the Eco Expansion.

SGT: When clicking on the mailbox a new option appears called “Show Bills Information”. We’ve updated the bills system, so not only will your lot price affect how much you have to pay at the end of the week, but now, also how much you use objects that require water or power.

We did lower how much the lot price directly affects you, so your bills should roughly be the same if you’re starting off in a new home, but you will see more of a difference as you play with larger households and lots. 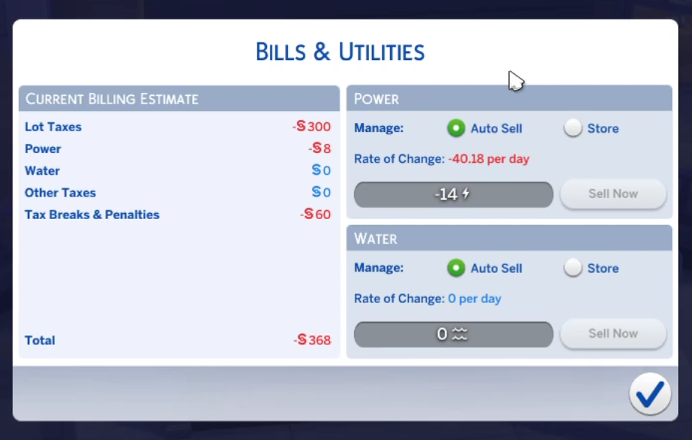 SGG: So it looks like the Sim in this household is using over 40 units of power per day, so that will show up in the amount of power she has to pay per week. But, what happens when you make more power than you use since Eco Lifestyle has new power generator objects?

SGT: Well, you will start to have a surplus of power and you can sell it back to the power company. They won’t be too happy since they don’t want to give you money, but if you actually make more money from your power or water at the end of the week than you would have to pay, then you would be paid out instead. This means you can turn your bills into a profit making scheme.

SGG: And that means that if you built a lot that has 800 TV’s in it and they’re all running, I can look at my bill and see that I will have an insane power bill, but almost no water since that how I set things up. But I just had a lot that was just running showers all the time, or leaking and stuff, then I would have a huge water bill, right? 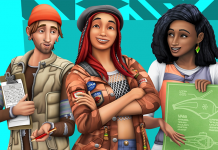 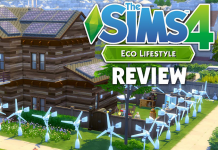 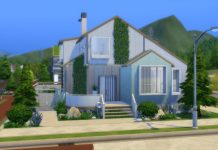