SimGuruSarah has released a forum post showing off the new hairstyles from The Sims 4 Nifty Knitting Stuff!

I am very happy to share with you today the new hairstyles that are coming in Nifty Knitting Stuff.

Some of you have asked why hairstyles weren’t part of the votes that took place. Ultimately, there were two reasons why they weren’t included in the voting process. I’m going to lean on SimGuruGraham’s explanation from the first Community Stuff Pack (Laundry Day), as I think he sums up the process quite nicely:

“First, it’s important to note that hairstyles are typically the most time consuming assets that we work with external partners to create. The process starts with gathering photo reference of different people wearing the hairstyle that we’re creating, so that we have a variety of examples of what that hairstyle can look like. From there our artists will draw their own interpretation of the hairstyle superimposed over a bald Sim. They create two versions of these drawings – one which is opaque, which demonstrates what the final material should look like, and the other which is transparent, so that the modeler has a clear example of the shape and volume of the hairstyle in comparison to the position of the Sim’s head. Throughout this time, revisions are made based on feedback shared by our art director. While this process isn’t all that different from other assets, the amount of detail in each hairstyle means that these assets simply take longer to create than objects and clothing. This ends up impacting our development schedule; we tend to lock in our hair selections prior to the objects and clothing, so that our artists and external partners have more time to work on them. Looking back at the votes we held for this project, not only did that mean that we couldn’t wait to include these alongside the objects/clothing vote, but we didn’t even have enough spare time to hold a separate hairstyle vote. Essentially, the moment we had the results of our art style vote, we had to immediately start working on the hairstyles. This was the one hurdle in this project where we couldn’t figure out a way to include a hairstyle vote without delaying the milestones in our development schedule.

The second reason we didn’t vote on hairstyles centers around a philosophical question of what we were trying to accomplish with this project. All of the votes you participated in for this project were intended to mimic the same development process that we follow internally. Each vote was based on the group discussions we have to select assets or features for a pack. But when it comes to hairstyles, they’re typically selected by the pack’s Art Director without a lot of outside input. Our art directors have collected a treasure trove of reference material of various hairstyles that we could include in the game someday, and with each pack that comes along they choose a few from this collection they’ve amassed. This allowed them to make decisions immediately following the art style vote, and already have ideas in place that they could act upon. Because selecting hair styles isn’t really a thing we make consensus decisions about, it made less sense to hold a vote for it, so as to more accurately represent our development process.”

That said, I’m so excited to share our hairs with you! They are in the game right now and I just got to play with them in Create-A-Sim for the first time. I hope you’re as excited for them as I am.

This is an Adult Female hair that our Art Director has been itching to include for the longest time. We’ve nicknamed it “the Mom Hair” : ) 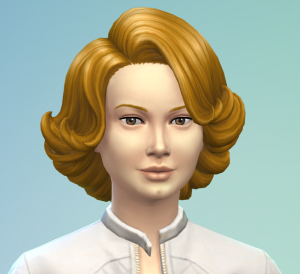 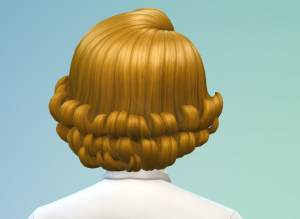 This is another hair we’ve been wanting to add for a while. These are (jumbo sized) Crochet Locs, a name that is quite fitting for a hair included in an Arts & Crafts themed pack. 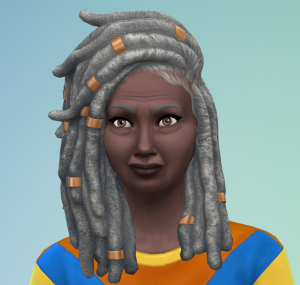 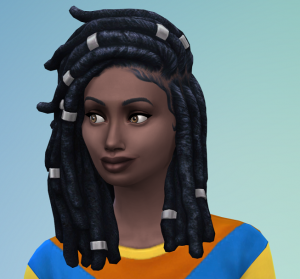 If you want to make a mini-me we’re including both of these hairs for kids too! 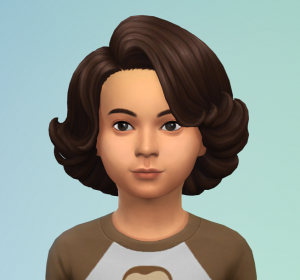 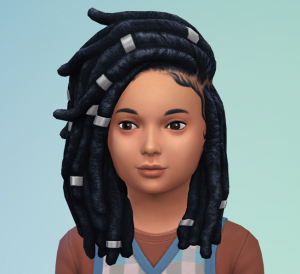 We have three new hairs for Men. This one is a favorite with the Dev team because the wingtips make it feel so unique compared to our other hairs. 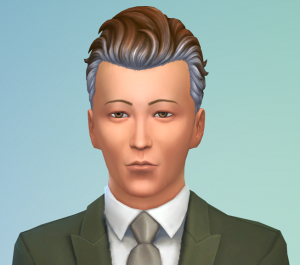 We have a version with wingtips for the distinguished older gentleman, and also a single tone version for his younger counterpart. 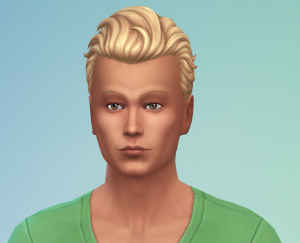 This is our third male hair. Check out the side view. 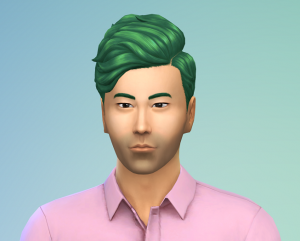 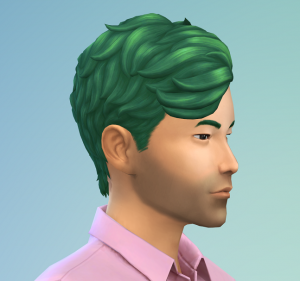 It’s cute on the ladies too! 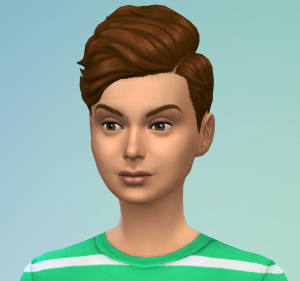 And male children get these hairs as well. 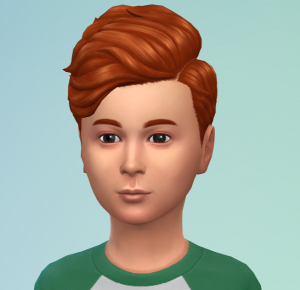 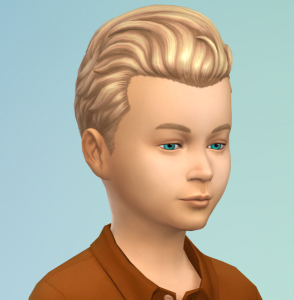 Quick reminder that Nifty Knitting Stuff is still in active development, so we may make some edits to the hairs as the pack progresses based on both Art Director feedback and to address any bugs that are uncovered.

So tell me, which hair is your favorite?!