Gather ’round children! Prepare to be delighted, amused, and maybe disturbed by these eleven tales of life within uniquely interesting homes. Each is available for download in the Gallery. Enjoy!

‘This enchanted little cottage is an ancient Scottish croft house. It is said to be haunted by the ghost of a disconsolate crofter’s wife, who wandered off the side of the cliff on a stormy night. The perfect atmospheric place for a writer or painter Sim.’

‘This house was once the house of a famous vampire, but after he.. ahem… passed away.. a new person moved in. She didn’t realize that when she moved to Forgotten Hollow, she wouldn’t be moving into Twilight vampires. And I would like to say, whoever moved in is NOT a secret vampire! And this is NOT a lab for blood!! Why would you think that??? Of course not. Want to come in for tea? You can stay awhile…’

The name is a one sentence story.

‘Good ole Old Lady Morgan went on the cruise of a lifetime… but that was six months ago? … Thankfully her grandson Fletcher is now here to watch her place. He seems like a good boy… although Ms. Morgan never mentioned a grandson… and where is the second bedroom in this listing?’

‘”Grandpa Lou was that funny grandpa who always talked about aliens and how the world would someday end. He always said he was prepared. All I knew about him was that he liked reading and gardening…”‘

‘Nestled at the corner of Willow Creek lives an elderly widowed woman. Here is where she fosters her two great-nephews. Despite her age, she still takes on the task to raise these young boys.’

‘When Tim and Mary bought this #abandoned #lighthouse on the island of #Windenburg they had no idea what was waiting for them! Despite all the cracks and stains – it looks so cute during daytime, right? But, boy, at night! All I will say: There is some serious #ghost activity going on and your Sims will be scared beyond words.’

‘The locals tell themselves stories about an artist whose paintings had a kind of “magical” effect on the viewer – the paintings were so lifelike that one could have thought, the horrible faces in the pictures saw some real horror… However, the artist disappeared one day and his house is now ready for you.’

‘Ralph & Rachel Helmsley, famous #explorer and biologists, lived here until they were lost on an iceberg. Now Archer, their grandson, is exploring the wonders of this house. Sometimes he even talks to the #stuffedanimals and dreams of big #adventures or read in their journals. His parents are the exact opposite.’

‘Under this marvelous manner with sprawling fields in the center of the city lies a secret children’s mental hospital which the Simland scientists used to conduct scientific experiments on Alien, Vampire, Spellcaster children to see what makes them have powers İS İT İN THE KİDS BRAİNS?.’

‘We’ve put the Incident of ’86 behind us and put the famed Denbraux Mystery House back on the market! It’s a really great place to raise a family. It’s SUPER safe, with nothing horrifying and dangerous in the basement. All bodies buried on the property are absolutely harmless, and the place is totally not cursed – that’s our guarantee!’ 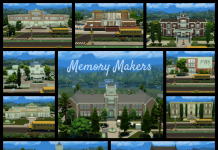 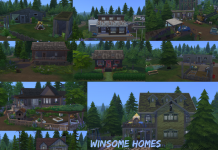 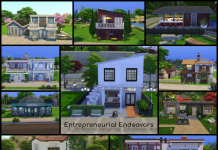