The Sims 4: First Look at the NPC Overhaul | SimsVIP

During today’s Inside Maxis stream, SimGurus gave players a look at some of the concepts they are working on in preparation for a future “NPC Overhaul”. So far they have shared  concept work for the Goths and the Calientes. Check out the preview below!

We want to clarify that at the time we didn’t mean exactly the townies, because there is a clear difference between Townies and NPC’s. What we are focusing on in this overhaul is the NPC’s or “flagship characters”. While we don’t have a date of release for this update, we do want to share some work in progress with you.

While we want to give you an idea of where we are heading, I want to make it clear that all of the previews you will see are a work in progress, including the concept art. We just want to make sure that this is clear.

We picked out some before and after concepts of the Goths and the Calientes. Let’s start with Mortimer Goth. Check out the before shot and after concept. So we have concepted new face features such as eye details, new cheek bones, and a new nose and mouth. So it makes him look a little more his age. It is not shown in the images, but we are thinking about adding a new mustache that is a little more refined and elegant. We are also thinking about adjusting his skin tone a little bit as we receive feedback from the community. 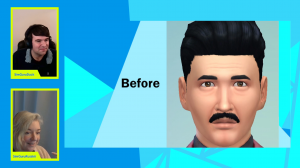 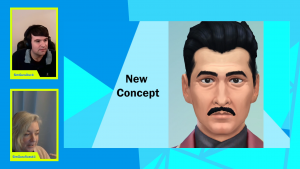 Of course, there is no Mortimer without Bella. This is Bella right now in the game, and a concept with and without makeup, and tadaa! We are thinking of adjusting her skin tone, we added some new facial features on the nose and mouth, and other facial details like the beauty marks. We are also thinking about giving Bella a new modern and refined hairstyle that is not pictured here either. 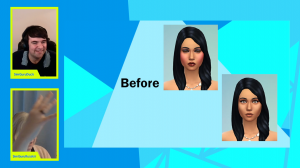 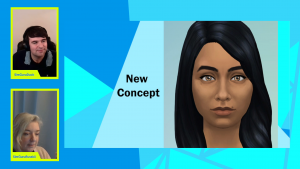 Now that we have seen Bella, let’s take a look at the Calientes. This is the current Dina in the game. In Dina’s lore, she’s supposed to be the concept between Spanish and Middle Eastern. So in looking at the next image, we want to adjust her to be true to her story and her ethnicity. We have concepted Dina with new facial features like the nose, eyes, mouth and jaw line. Now we have this concept with brown eyes and Dina has lighter eyes or green eyes, but feedback from the community did not seem to mind the brown eyes. So this is something we might stick with along with her skin tone change. We are also exploring a new hair color and new outfits. 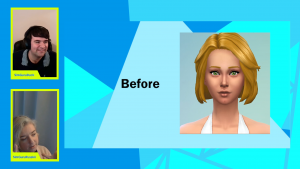 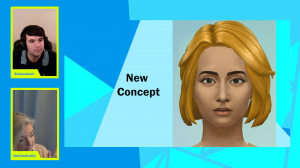 Now that we saw Dina, let’s take a look at Nina. This is what Nina looks like right now in the game, and then now we go to the next image where you see that she will share some of the same features as her sister. We are adjusting her skin tone, jaw line, eyes. We also received feedback from the community about giving her a slight hair color change. Lastly, same as Dina, we would explore some new outfits for them. 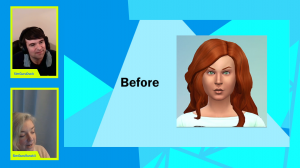 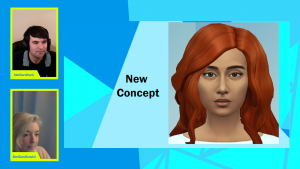