COMMUNITY BLOG: Unleash Your Beastly Side in The Sims 4 Werewolves | SimsVIP

The Sims team has released the official blog for The Sims 4 Werewolves Game Pack!

A full moon shines down on a formerly bustling mill town. Alongside the river that cuts it in two, a thick fog washes over the abandoned lumber equipment and disappears into the untamed wilderness. From the rocky outcropping above, a howl is heard, its musical legato breaking the stillness of the world beneath it. Then another bays from the woods, and another from the lake, until a prowling pack of wolves emerges from the gloomy mist. But these aren’t just any wolves…they’re werewolves, majestic and fierce, like nothing you’ve ever seen before. 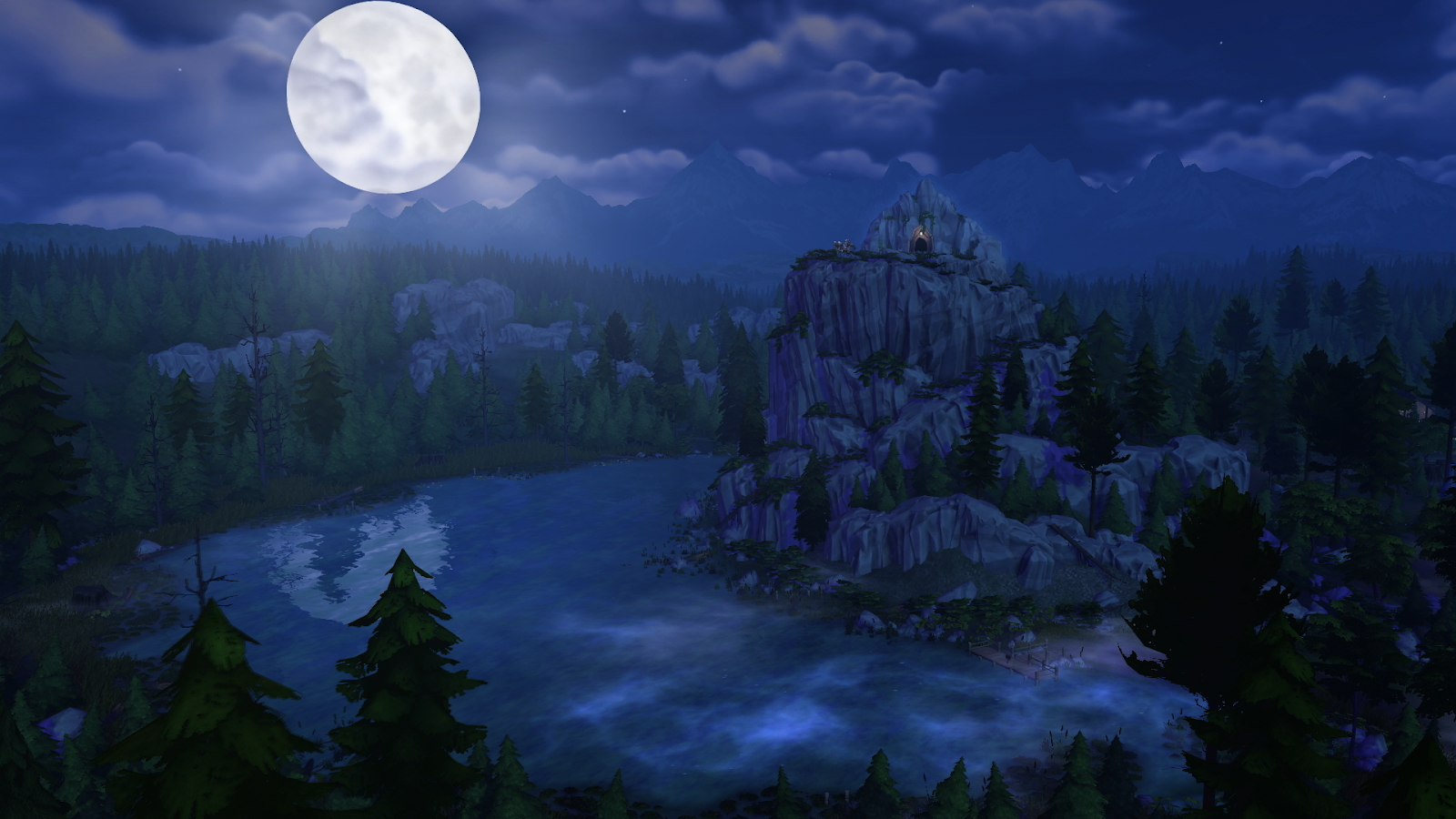 Once upon a time, Moonwood Mill was filled with the bustle and sound of the nearby lumber mill. Today, the town is transformed. The rusted shells of its former industry provide cover for a handful of mysterious denizens who’ve sought out this wilderness-shrouded community, basking in its remote and anonymous nature. It’s a place with a hidden history, and those who live here know that if you dig deep enough, you’re bound to discover some fascinating secrets.

So what’s there to do around town? There’s plenty to sink your teeth into! During the full moon, you might notice crescent-shaped Lake Lunvik has a magical shimmer to it, making it the perfect time to try to catch the elusive Luna Fish and to climb up to the Howling Point that looms over the lake to pluck the even rarer Moonpetal flower. Or if you’re feeling brave and looking for adventure, delve into the tunnels that run under the town, a network known as “The Underground,” to try and uncover secrets and find quicker routes for navigating back and forth. The town’s pack members are also always up for a good spar at the pit – assuming you have the claws for it.

In Moonwood Mill, there’s always plenty to do (especially if you’re a werewolf). Heed the advice of the locals, though: stay out of Greg’s way and you’ll be okay. 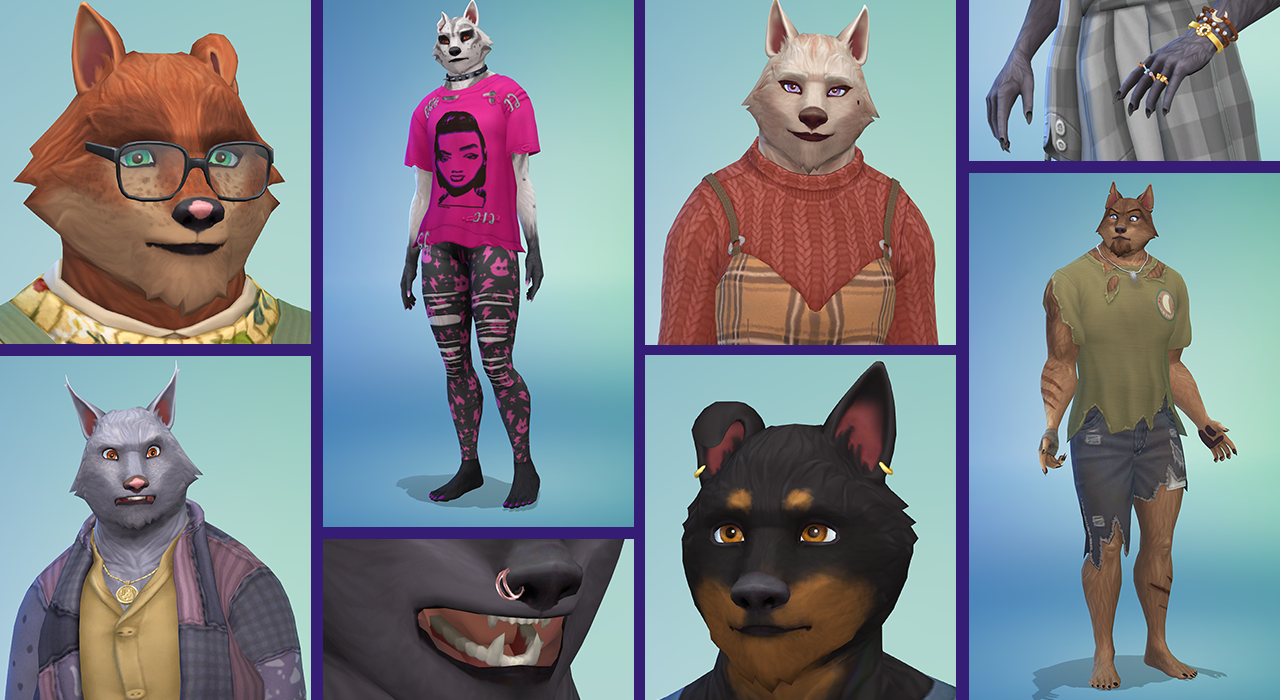 CREATE YOUR OWN WEREWOLF

A werewolf can be many things – fierce, playful, dramatic, cuddly – the list goes on! In The Sims™ 4, werewolves come in all shapes, sizes, colors, and themes. In Create a Sim, you can fully customize your werewolf to tell the story you want.

All werewolves start with a beast and a Sim form that are linked, providing parity and matching up changes to body shape, clothes, and facial features to the other form. But that’s not to say that you can’t create a beast of your very own! Unlink the forms and make them as distinct as you’d like! Whichever direction you take, edit their face structure, ears, eyes, tufts, and more! Paint on menacing scars to tell the story of a dramatic fight between opposing pack members or cover them in silly jellyfish; you have full control over your beast form’s pelt, so create one that’s as traditional or as wildly unexpected as you are! 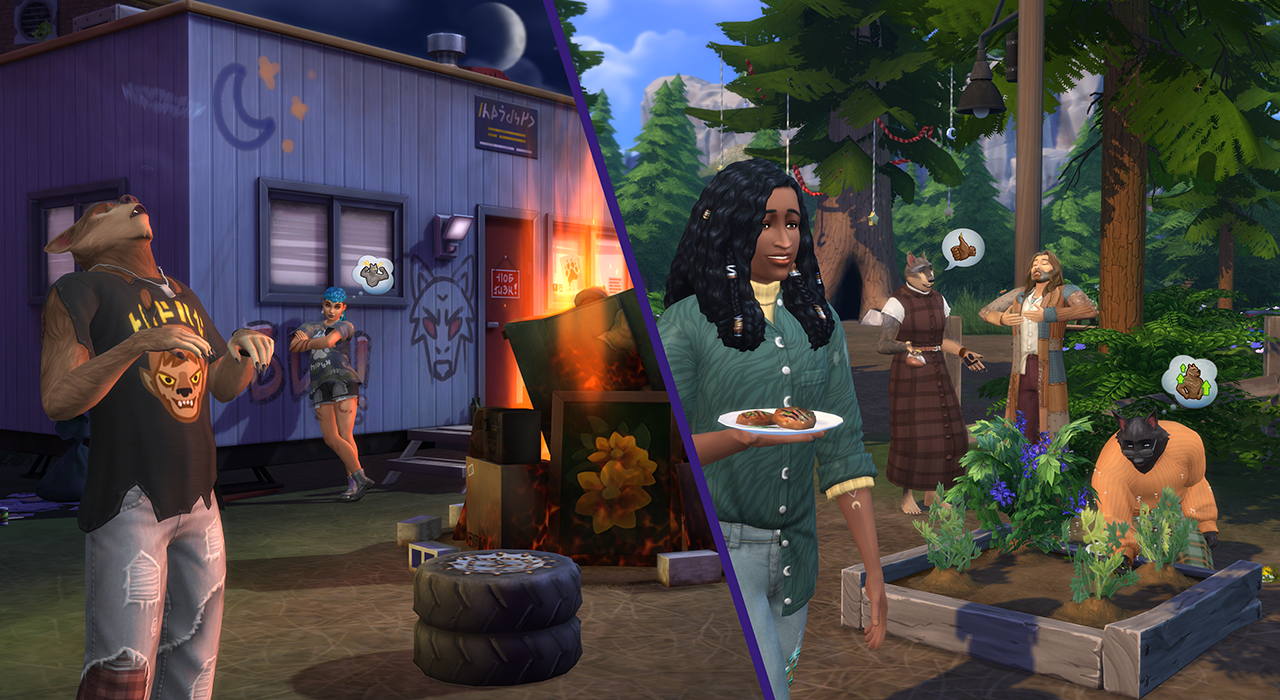 FINDING COMMUNITY IN A PACK

Moonwood Mill is home to two distinct wolf packs: the Moonwood Collective – a pack of seasoned, rustic werewolves that value tradition, community, and self-control – and the Wildfangs – a scrappy, free-spirited crew of rebellious werewolves that value self-improvement, self-acceptance, and are inspired by punk and grunge aesthetics.

To join either one, visit their hangout and get to know the pack. Once you’re on good terms, the pack’s Alpha may challenge you with a few trials. Complete those and you’re in. The work doesn’t end there, however! Joining either pack comes with its own obligations, hierarchy, and dos and don’ts. As a member of the pack, you represent something greater than yourself – and someday, if you play for paws right, you might even become the Alpha and represent the pack itself. 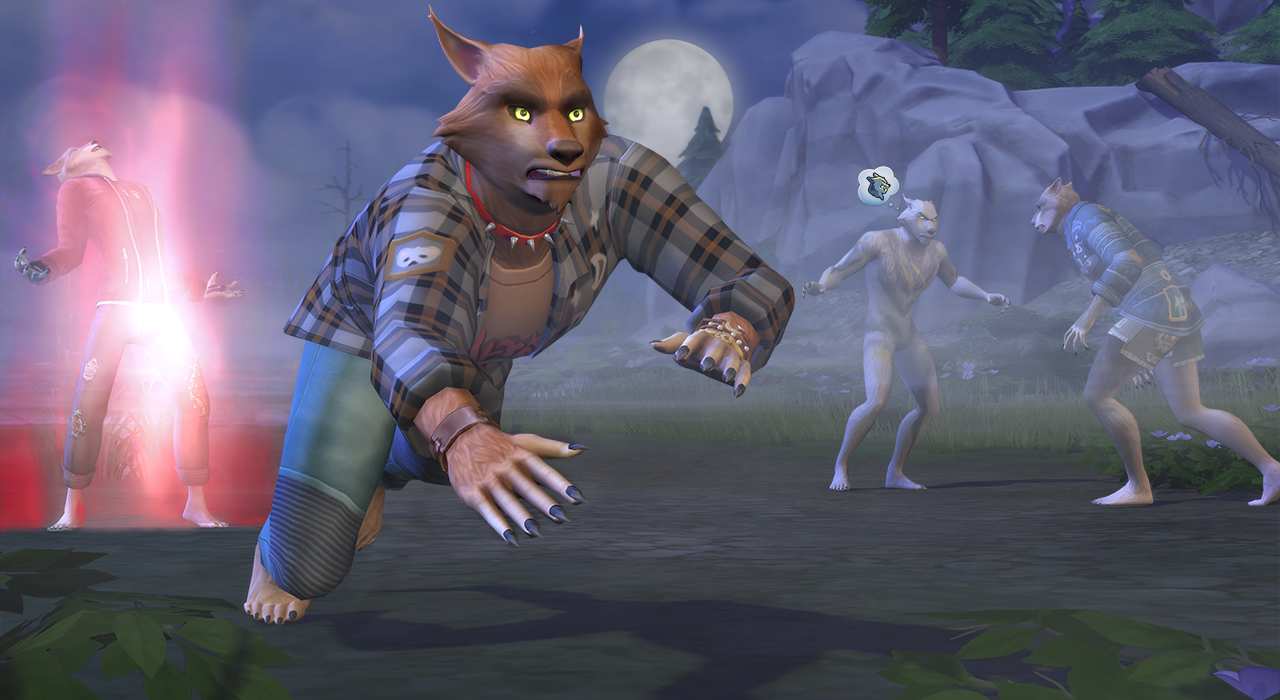 LIFE AS A WEREWOLF IS WILD

With every howl, scratch, and transformation, a werewolf can grow their power to unlock new abilities, such as running swiftly on all fours, marking their territory, lunar resistance, and even immortality. But it’s not all steaks and sparring! As their power grows, so do the unique ways in which that werewolf views the world. These are represented by a growing number of temperaments, each of which distinguishes how that Sim’s fury may grow.

Speaking of Fury, it’s probably time we talk about the most important aspect of every werewolf’s life! At all times, a werewolf’s fury is growing. Using your unique werewolf powers, sparring with other werewolves, hanging out in beast form, being under the full moon, or doing behavior that conflicts with your temperaments will push fury to increase more quickly. Once maximum fury is reached, a transformation is imminent! So always be mindful of your fury, because it just might come back and bite you. 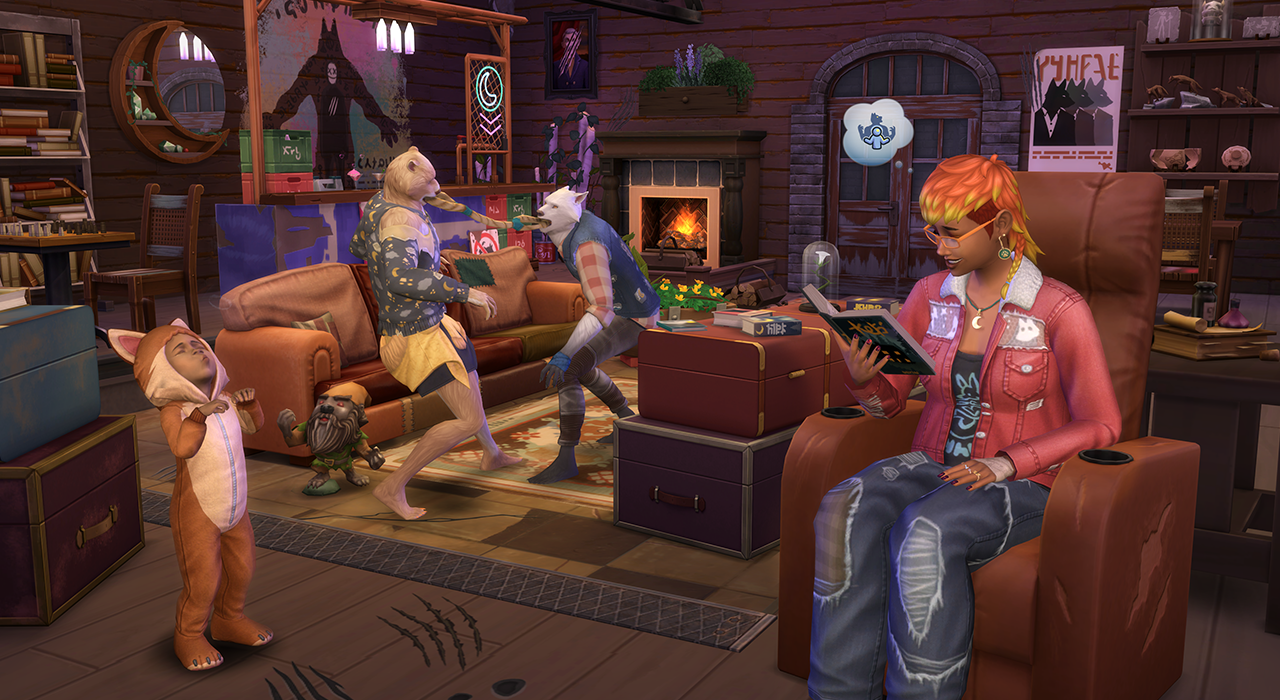 THE LORE OF MOONWOOD MILL

As you spend more time in Moonwood Mill, you’ll discover hidden knowledge about its magical roots. Meet with Wolfgang, the local librarian, in the center of town and check out werewolf-themed books to unravel truths about Moonwood’s mysterious beasts. Though…everyone in town knows that to find the best secrets, you’ll have to head out into the neighborhood and dig (or explore) a little deeper for long lost books and items.

If that’s not your style, try interacting with the locals. It’s not all about joining a pack. Once you get to know them, Kristopher, Rory, and their pack members will each reveal their own pasts and unique perspectives on werewolf history and philosophy. Even the town’s only non-were denizen has something to share! Head on over to talk with Celene López, the owner of the Grimtooth Bar and Bunker, one of the lots built in partnership with community creator James Turner. There you can find the Werebies remedy (disclaimer: not the cure for lycanthropy – that’s another thing entirely) or order a drink and some food. You’ll be pleasantly surprised by their impressive array of meaty options.

There’s also Greg, of course…but we don’t recommend trying to pry information out of him. You wouldn’t want to risk it, right?

Join us for a full deep-dive reveal of The Sims 4 Werewolves Game Pack on June 10, 2022 at 11AM PDT on The Sims Twitch and YouTube channels. 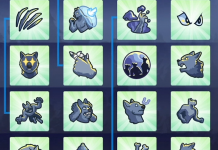 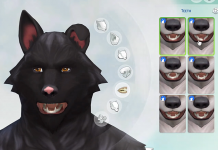 The Sims 4 Werewolves: First Look at Creating Werewolves in CAS