If you don’t already own the Mid-Century Fantasy Set, you can get the Starburst Clock free of charge. It was re-introduced with December’s Mid Century Modern Kitchen Marvels Set, and since then it has stayed listed for Free.  Click the image below to download.

❗ Note – If you own the Mid Century Fantasy Set, it will show up as already owned. 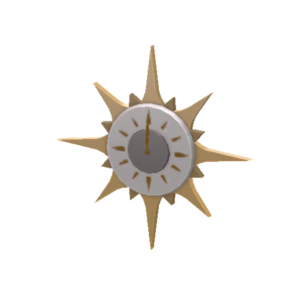