For hitting the final Milestone, not only are they discounting The Sims 3 Lunar Lakes by 10%, they have also added a sneak peek of an upcoming Sims 3 Store Set!

Lunar Lakes has been listed, however the link is still not working. It should be up soon and we will update you once it is. 🙂

For hitting the final milestone we’re discounting the ENTIRE WORLD. For the next few days you’ll be receiving 10% off the entire world for being loyal fans!

Not only that, we’re giving you a sneak peek into something awesome coming soon to The Sims 3 Store!

Now this is only a piece of what’s to come. I can’t give it all away. And you’ll have to guess what that thing in the middle is. I’ll give you a hint though — it’s not a teleporter..you already have one of those in the game! 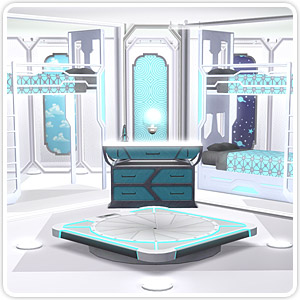