Here to kick off November’s Community Spotlight, is YouTuber Llandros09! In a brief introduction below, Llandros gives readers a chance to learn a bit more about him and his YouTube Channel. If you don’t already know who he is, you will now! Take it away Llandros! 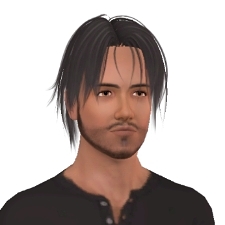 My name is Llandros and I have never been much of a gamer. My introduction to the Sims series began with The Sims 3. It was really just an accident that I fell into the game but once I started, I was completely hooked. I was playing an online game with a few friends which required building up a city. It was fun but got more and more frustrating as I kept being asked to hound friends and strangers for items to continue playing. This led me to seek out a similar stand-alone game and I tried SimCity. When picking it up, The Sims 3 was on the shelf beside it on sale so I picked it up as well. Once I got into the game, I couldn’t stop playing and really loved the freedom that it gave you.

After playing for a few days, I stumbled on a few Let’s Plays and realized there was much more to add to the game. At the time, Pets had been released a few months earlier and within a matter of days, I had bought up every expansion and stuff pack I could find. It was great but also overwhelming trying to learn all the expansions at the same time. Still, it was too much fun and I really enjoyed watching others and trying to follow along.

Less than a year after starting, I had gotten a few friends hooked on the game as well and they started playing with World Adventures. I decided to start doing an LP on it to help them out and to pass some of my time. I suffer from extreme insomnia and have to find things to do while everyone else sleeps. You would think that kids, pets, a demanding job, and an active social life would be enough, but The Sims and LPs are very addictive.

Before long, I had 13 subscribers and I was making an LP. It wasn’t long and I was starting up brand new LPs and striving to attract 100 subscribers. Those early episodes were rough with a barely capable laptop and a terrible microphone, but I was getting addicted to creating these videos. One major hardware upgrade and a new microphone really helped as I struggled to figure out how to create true HD episodes.

Although I loved those early series, I really didn’t like not having the skills in the beginning to do them as I would have preferred. Now I am doing multiple challenges and you can see big differences in just a short amount of time. It’s been a great year and amazingly, over 7,000 people have joined along with me for my crazy little hobby. I couldn’t believe that within a year, my channel would generate over 1 million views, but it did. I think the interaction with my subscribers has really been the biggest bonus as I have made some great friends and learned so many things from some amazing people. My biggest reason for doing LPs began as a way to help a few friends but also a way to document my game as I sometimes want to go back and see what I did before. Never did I expect it to turn into what I am doing now!

Currently I am still really exploring this crazy game and have even invested in the original Sims and The Sims 2. I can see continuing with this hobby for a very long time and look forward to everything that comes out. Although I am sad to see the Sims 3 wrapping up, I am excited to be a part of the beginning of the next version. Still, there’s so much more to do in this game and I plan to continue expanding my channel with as much variety that I can within this game. I am so happy to have stumbled upon a game that has such a diverse community that really makes playing an experience that I love to share.