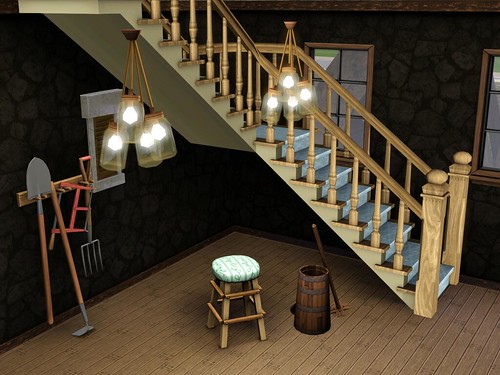 You may remember seeing these stairs previously as they were originally intended to be released with the Then and Now Century Manor venue. There was an issue with these new stairs in relation to the L-shaped stairs that came with the Prism Art Studio so the Store Team replaced the stairs with the chandelier pieces in the Then and Now Century Manor venue. This issue has now been fixed and the stairs will release alongside July’s set.