EA has released a new blog today on TheSims.com, announcing that The Sims 4 Get Together Expansion Pack will be released on December 8th, 2015. The expansion was originally set to release sometime in November, but they have stated they are now adding “polish and depth into the core of the game”. See below for details.

Get Ready to Hang Out Together

In August, we showed off our next expansion pack, The Sims 4 Get Together*, including the beautiful world of Windenburg, the DJ and Dancing Skills, and the ability to create and join your own unique Clubs. As you might have guessed from the name, this expansion is about your Sims getting together in really exciting new ways. We loved seeing your reactions to the news, and closely followed all of your comments and discussions.

Your enthusiasm and feedback inspired us to work even harder to make sure that this pack is everything it could be. So we’ve decided to take a little more time to work on the expansion pack. The Sims 4 Get Together will now be releasing in North America on December 8, and rolling out to the rest of the world by the end of that week. 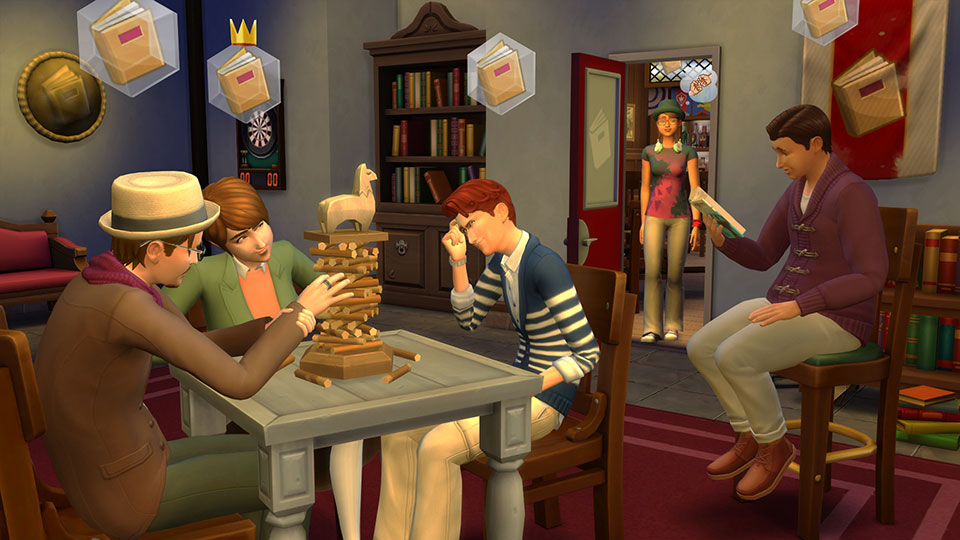 We’re taking this time to add more polish and depth into the core of The Sims 4 Get Together. We think this time will allow us to make the experience even bigger, better, and cooler. We’re working on some new items and features that we really think you’re going to love. There’s a new board game (Don’t Wake the Llama!) and the Natural Pool now has a diving rock for your Sims to jump off!

A lot of extra attention is also going towards Clubs, which allow you to create new social experiences. As we played with our Sims hanging out with their Clubs, we felt like they needed a special hangout to call their own – the Upper Crusts should have a private room at the local Café, and the Spin Masters should be able to have an exclusive Discotheque where they practice their dance moves. You can still take your Club members out and about, but now you can also create your Club’s signature spot, and that can lead to cool personalization.

We’re really excited to take some extra time on making sure the new expansion pack is filled with things to do, and we look forward to telling you a whole lot more about The Sims 4 Get Together in early November!