Community Blog: How We Built Windenburg in The Sims 4's Get Together | SimsVIP

The Sims 4 Get Together Expansion Pack* introduces Windenburg, a European-inspired world complete with ancient ruins, Cafés, and discotheques that look nothing like what you’ve seen in The Sims 4. We knew really early on in the development of the expansion that we wanted to go with something more Euro, but it took a lot of experimentation to get from those early discussions to the version that’ll ship with the game in December. 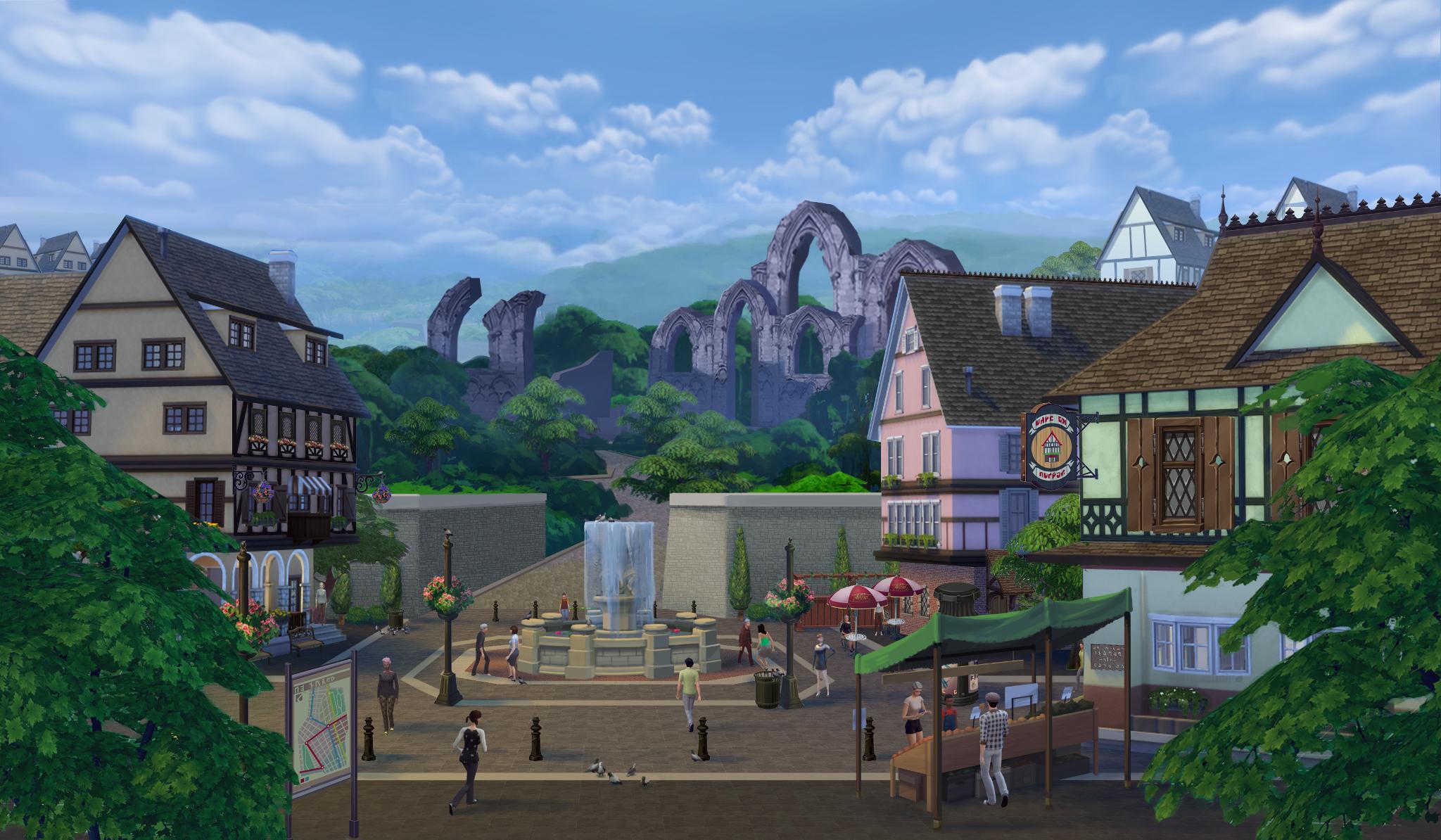 Europe is a huge continent with countless architectural styles and sub-cultures, so we realized we needed to create something unique, but still authentic. We want Windenburg to feel like it could be found in many different parts of Europe while still feeling like its own, distinct location. We gathered some concept art that shows how we ended up where we are, from first sketches to fairly complete images. Not everything in the concept art is going to end up in the final game, but we want to show you the whole process. 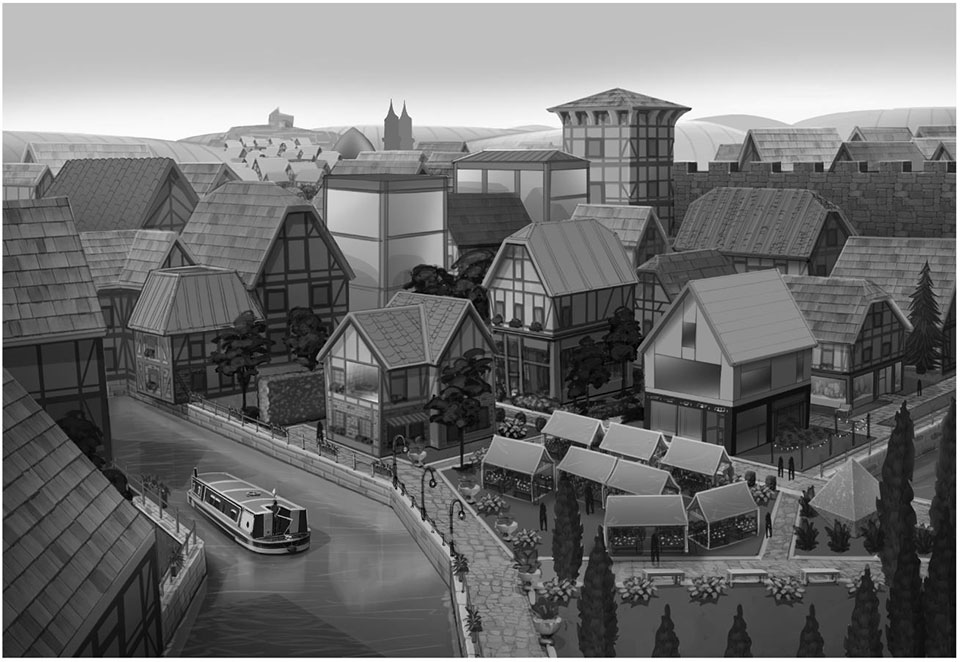 As we started to flesh out this entirely new place it became very clear that the rules of architecture in classic Europe are very different then the things our Sims worlds have been filled with before. Namely, the variety – since many of the cities we referenced are centuries old, many of the buildings date back hundreds of years. Peppered between old buildings are new ones, creating an incredibly unique aesthetic that we really wanted to embrace. This mixture of old and new feels distinctly European, and we wanted to make sure we captured it in Windenburg.

To embrace this mix of styles we needed to bend the classic rules of architecture and find a way to merge those disparate pieces. Our artists began to experiment with different styles of residential architecture, playing with different motifs to see how they could work together. In the end, we went with something that was sort of a Tudor Modern – a mix of contemporary construction and the kind of buildings built during the 16th century in England. 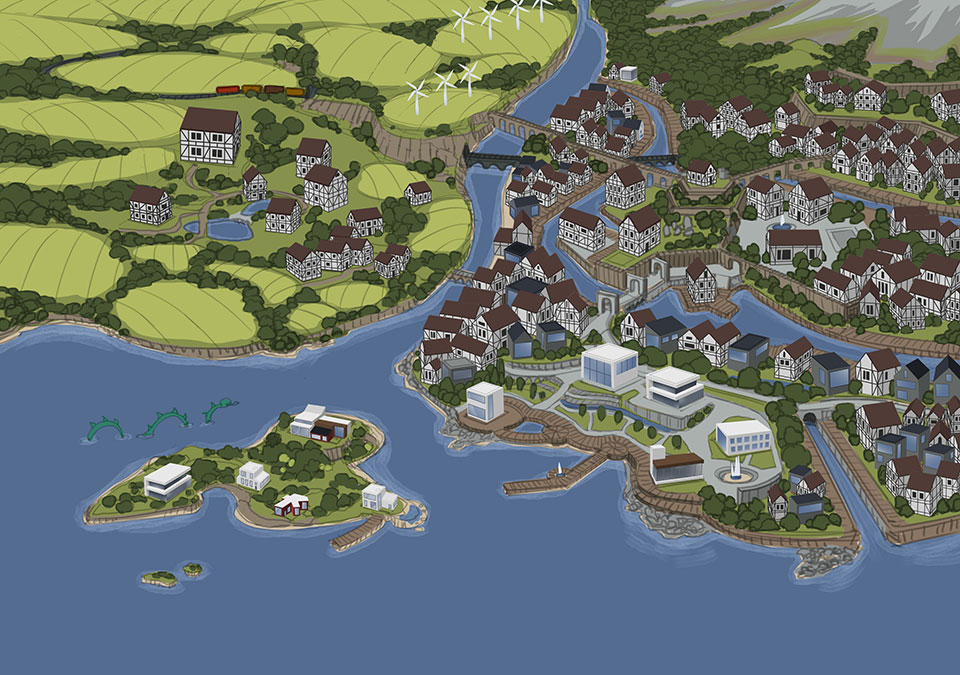 Once we’d decided on the aesthetic and how it’d look on a small scale, we had to take a few steps back and think big-picture. Here’s a look at what we wanted the map to look like – and this is actually pretty close to the layout you’ll see in game! There’s a lookout spot on the Pier in the Business District where you can see indications of every distinct neighborhood, from the Countryside with rolling pine-covered hills and electric windmills in the distance, the Old Town with quaint Tudor buildings and repurposed fishing canneries, and the high-end residential Island that sits in the middle of the Windenburg Lake. 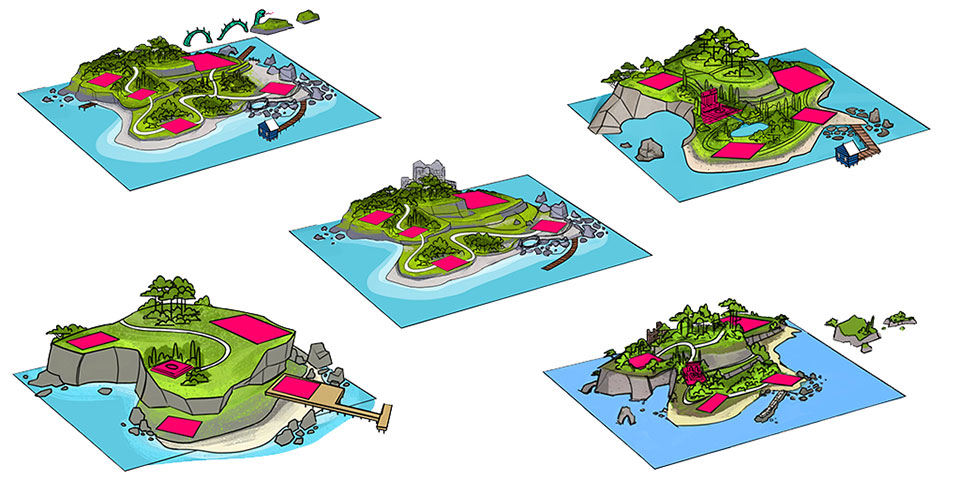 On one side of the island, sandy flat areas with fishing docks. On the other, a mansion overlooking the sea (and if you’re lucky, you might catch a view of Windenburg’s elusive sea monster). 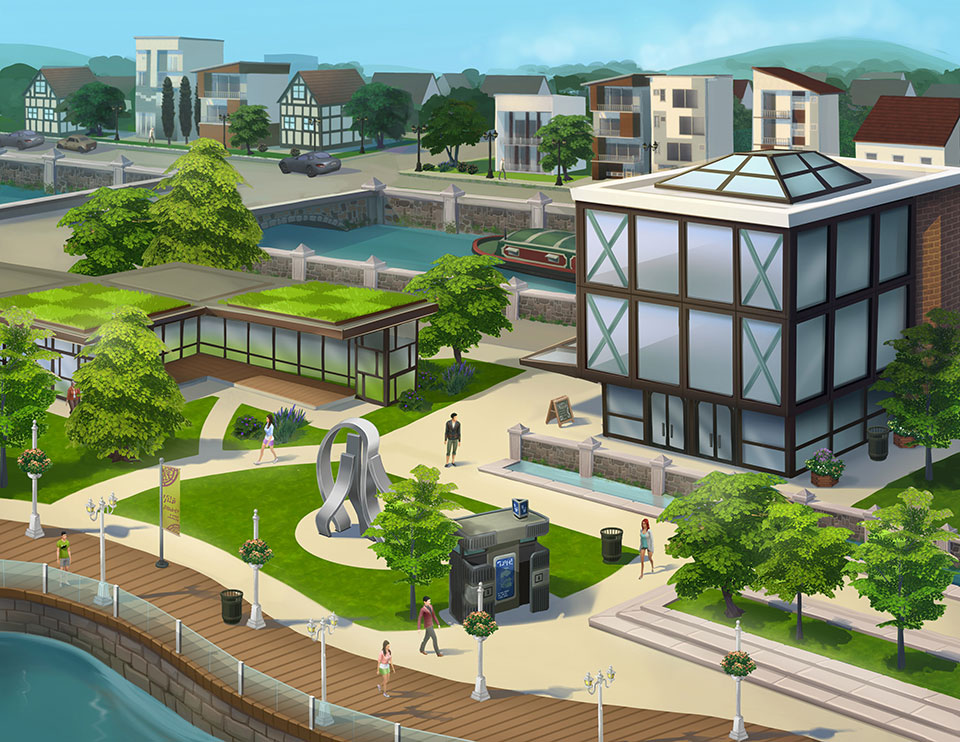 Once we’d finished sketching maps and architecture, we started to create some visual snapshots to really show off the districts. There’s one here (and one in the opening of the blog) that serve both as explorations as to how these places could look with Sims living in them, and also provide a visual target to the team responsible for building them in game. We’re really happy with how closely we were able to recreate these in game and even more excited about the different elements we were able to build out as development went on – even that statue made it!

We hope you enjoyed this peek behind the curtain of The Sims 4 Get Together’s Windenburg. We can’t wait to see your Tudor Modern buildings fit alongside ours this December!