UPDATE – The Sims team has released a new patch for The Sims 4 that addresses the issue of poor performance with too many items in theTray Folder. Update your game to check if this patch resolved your issue.

The latest Sims 4 Game Patch has brought on some severe freezing and lagging issues for simmers across the globe. If you are one of the many who are experiencing these issues since updating your game to Version 1.24.102, SimGuruNick would like you to send over your DxDiag to the team so they can further investigate the issue.

Until they release a “fix-it” patch, or info on how to officially correct the issue, there are several things you can do to help stop the constant freezing and lagging in the game.

Have you solved the issue another way? Let us know in the comments below! 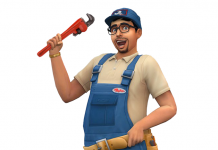