Concept to Completion: Going Deep on Apartment Technology in The Sims 4 | SimsVIP

The smallest details can make all the difference. In our Concept to Completion series, we’ll look at how environments, characters, and more are added to video games during development.

When we started working on The Sims 4 City Living, we knew that apartments were going to be a key feature. You cannot have a city without close, confined living spaces, and that means apartments. 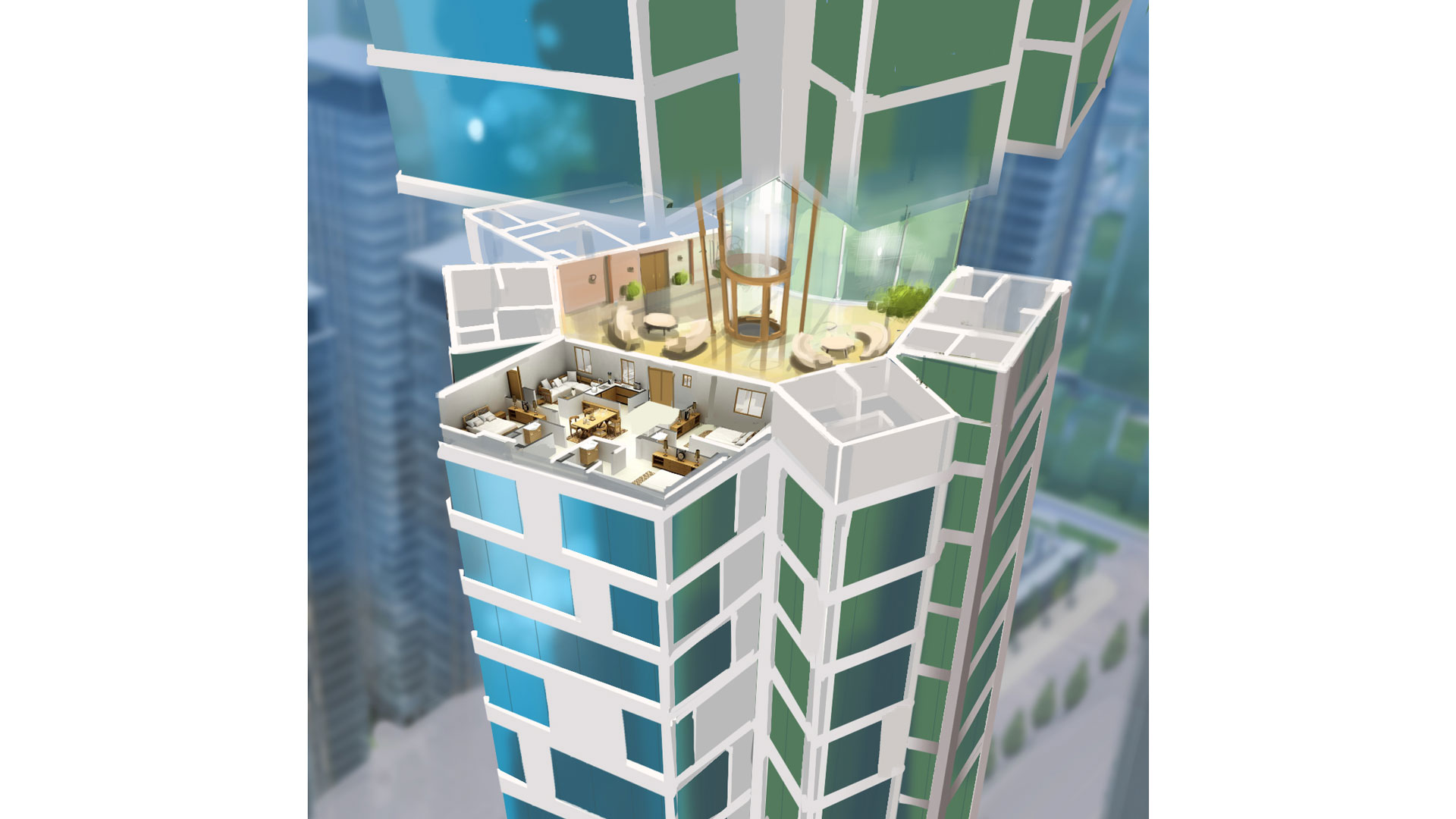 We knew a few things immediately: You could not modify exterior walls and windows, but you can modify interior walls and objects. We knew we were going to create large shells in which we placed lots that we could then build. Why shells? Well, in order to create true high rises, or even six-floor apartments, we needed to craft specific models. Otherwise, they wouldn’t look like apartments, and trying to create sufficient assets for Build Mode would have been very difficult for an expansion. By using these shells, we get something that looks like an apartment, fleshes out the city, but still gives us a platform on which to build. 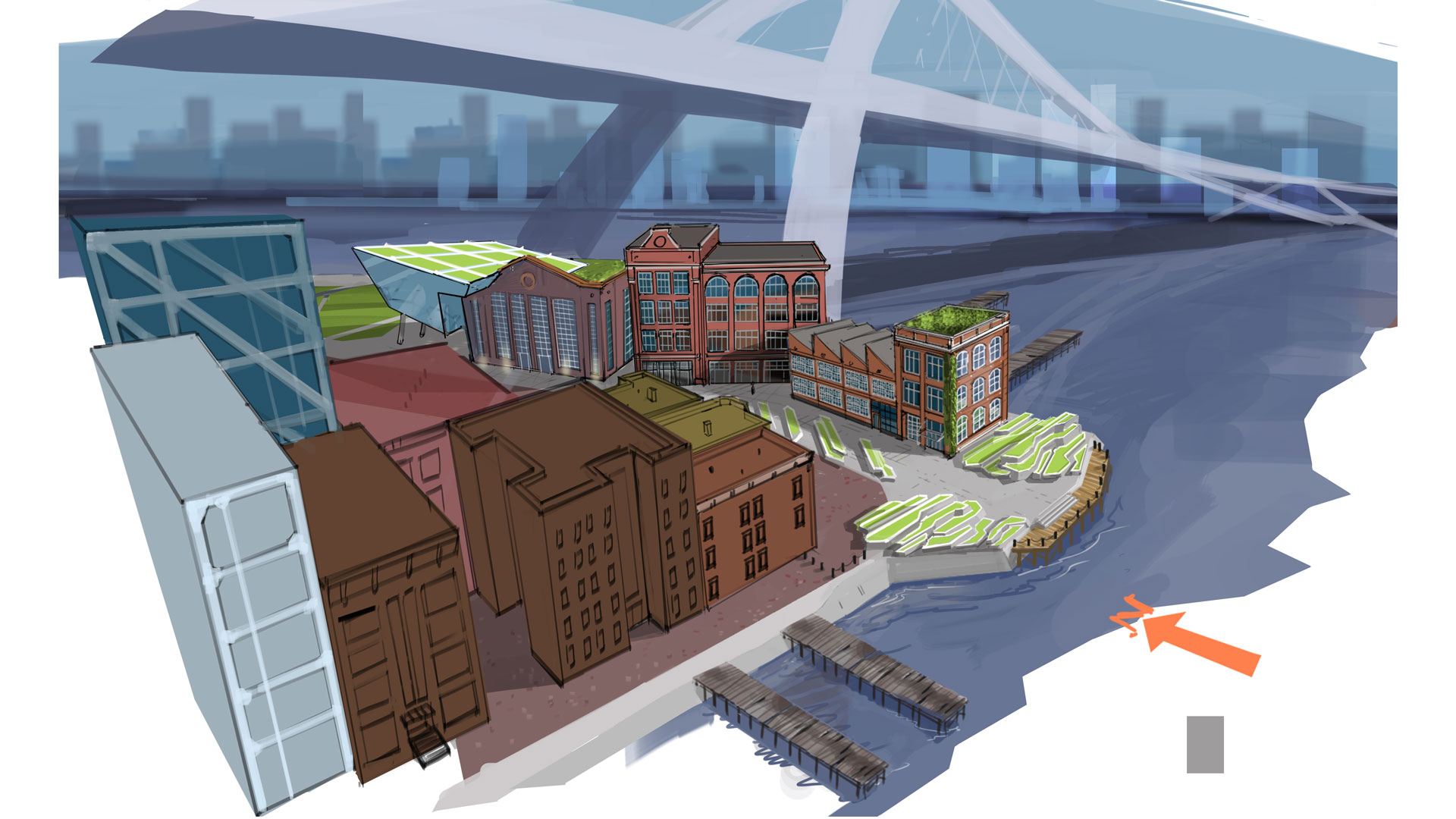 Secondly, we had to figure out the community. We did extensive prototyping around apartments in The Sims 3 and tested a wide variety of cases, including having multiple households simulating at once, having Sims you cannot control, and having Sims in separate apartments. 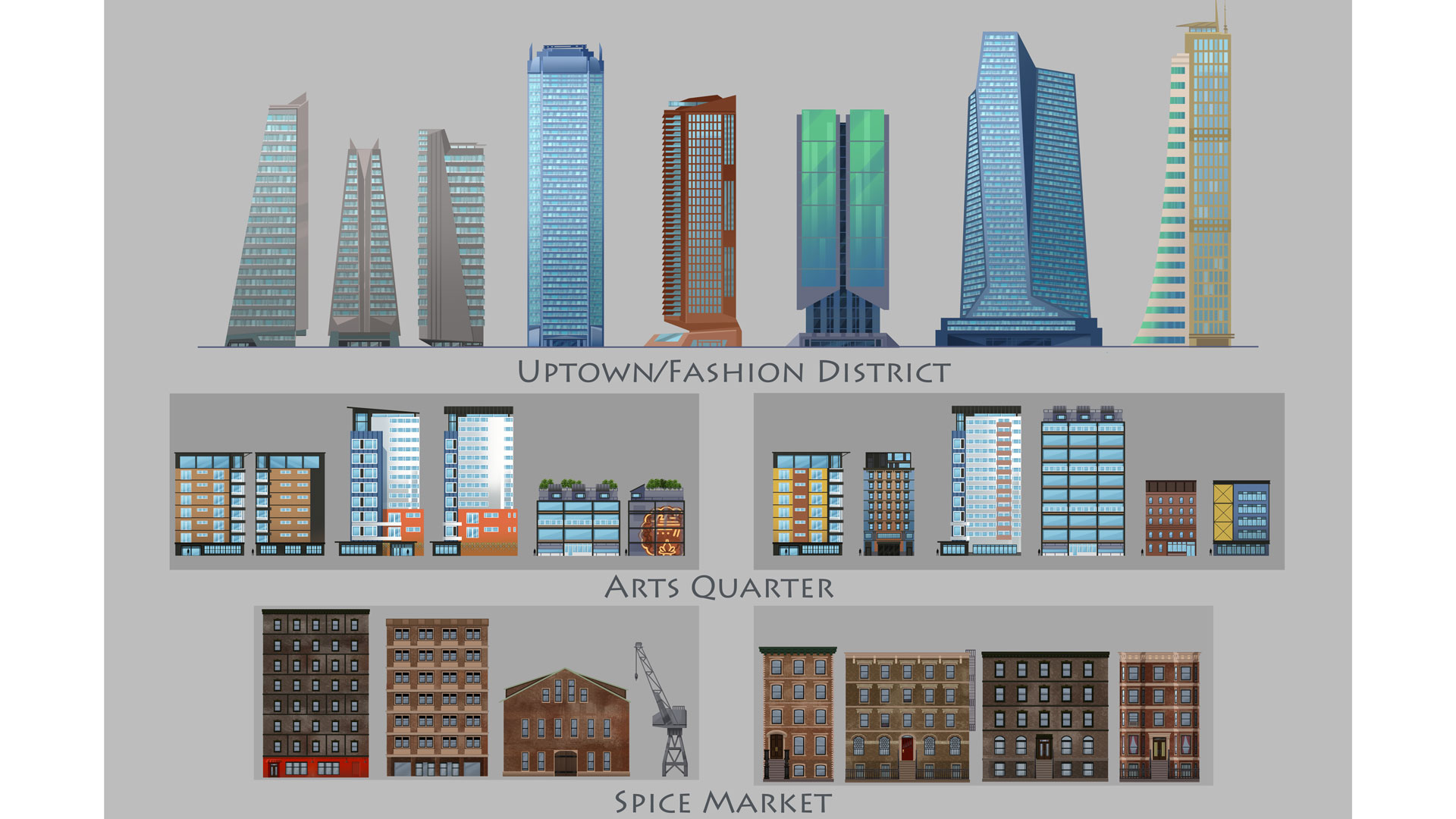 Ultimately, we sampled from all of this technology to create the framework we have:

One thing that’s cool about apartments is that there’s a true sense of community as a result. In fact, apartments have more gameplay related to Sims than living in a traditional neighborhood in Willow Creek! Sometimes we outdo our past selves, and that is true here. 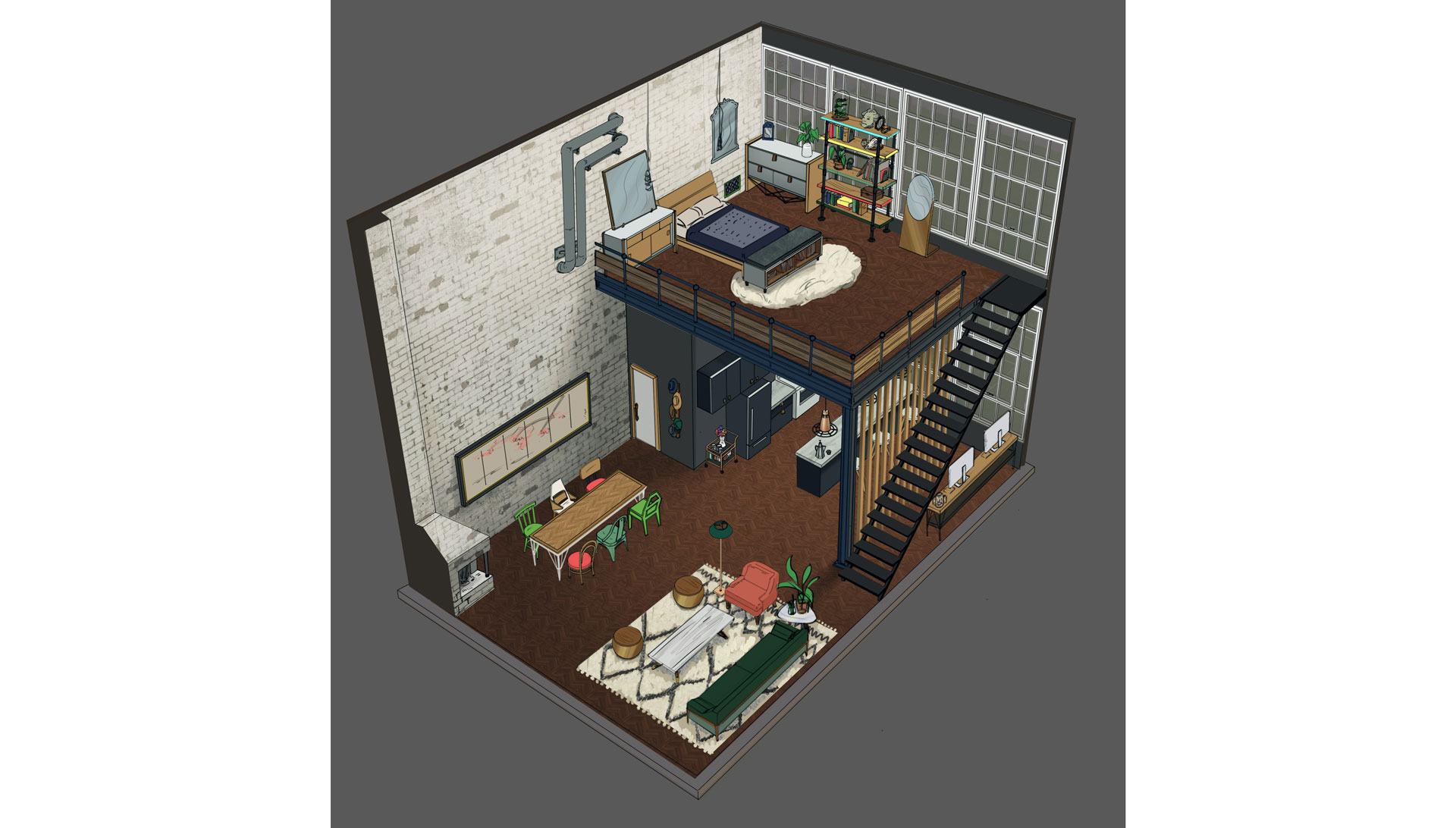 Apartments are the classic set of so many legendary sitcoms, including Seinfeld, Friends, The Big Bang Theory, How I Met Your Mother, and more. As we often do, as we’re making a game about humanity, we looked to these classic, intuitive experiences, as well as our own, and tried to recreate the characters and moments. 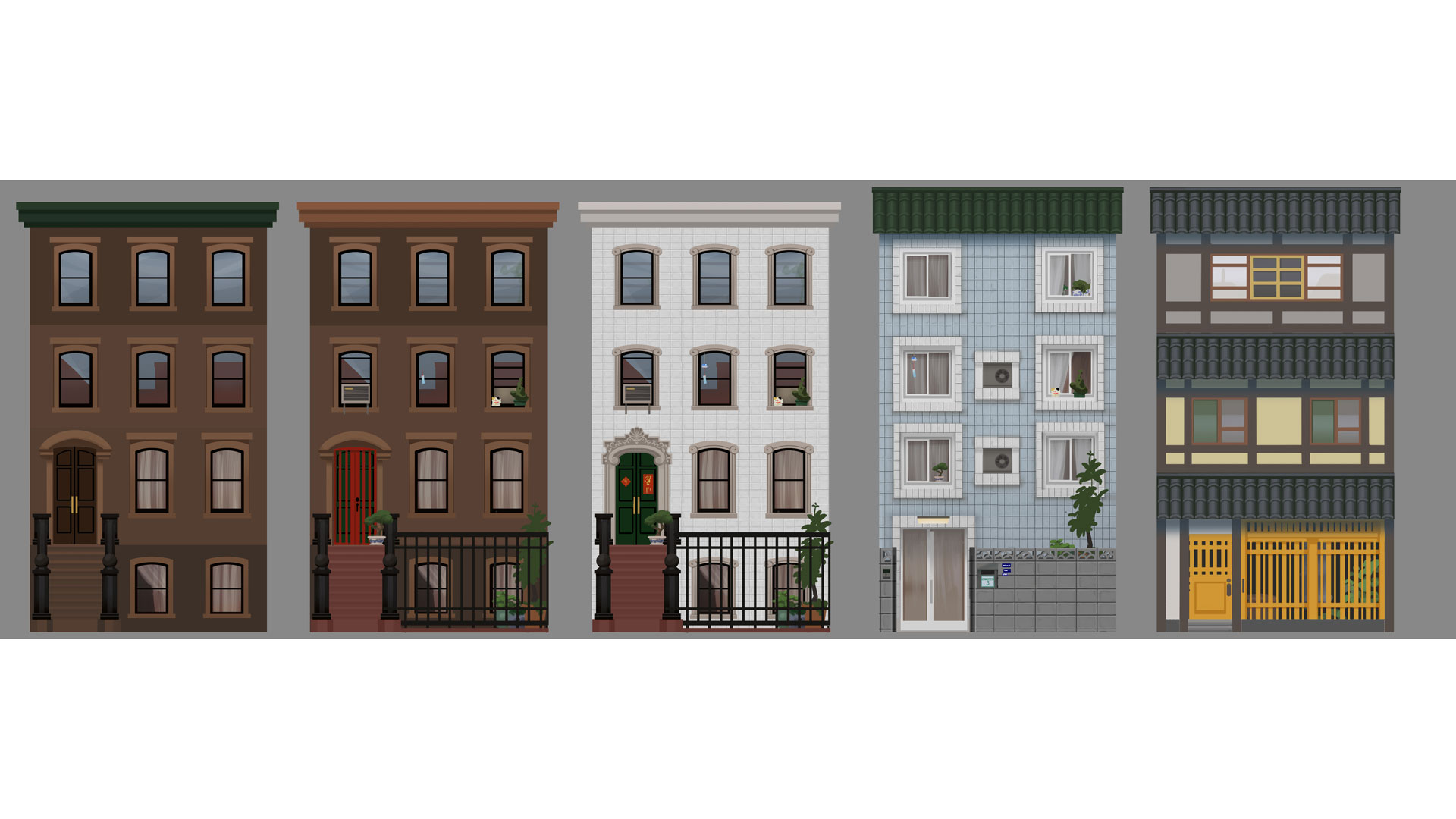 We needed a few pieces of new technology to create sitcom-like situations from within inactive homes, ways to trigger new sounds and visual FX, and lots of scripted content to make these occur, work, and look right. Through iteration, we found we needed different ways of reacting to the situations, had to tune them to feel right, and needed to make sure they occurred the right amount of time. Too often and they’re annoying. Not enough and what’s the point? Play testing was key here, as was bringing in Sims fans and outside testers to provide their input. 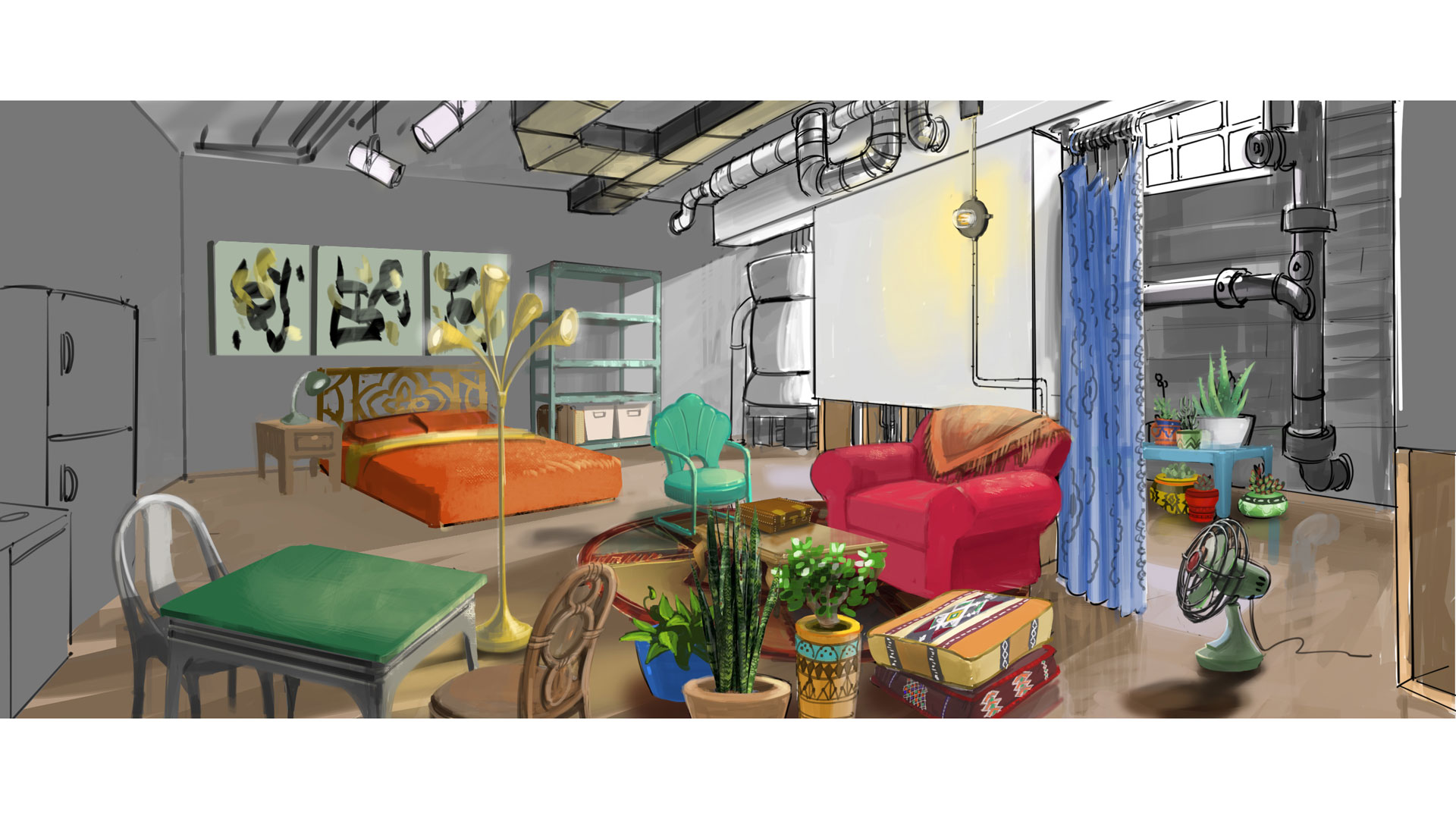 So, we have our shells, multiple households, a sense of community, but now we need all the important details. Beyond elevators, we needed trash chutes, mail boxes, problem objects (leaky pipes, rat holes, leaky floor vents, and more) to create a typical apartment. Plus, the walls and floor content to make a truly ratty apartment. 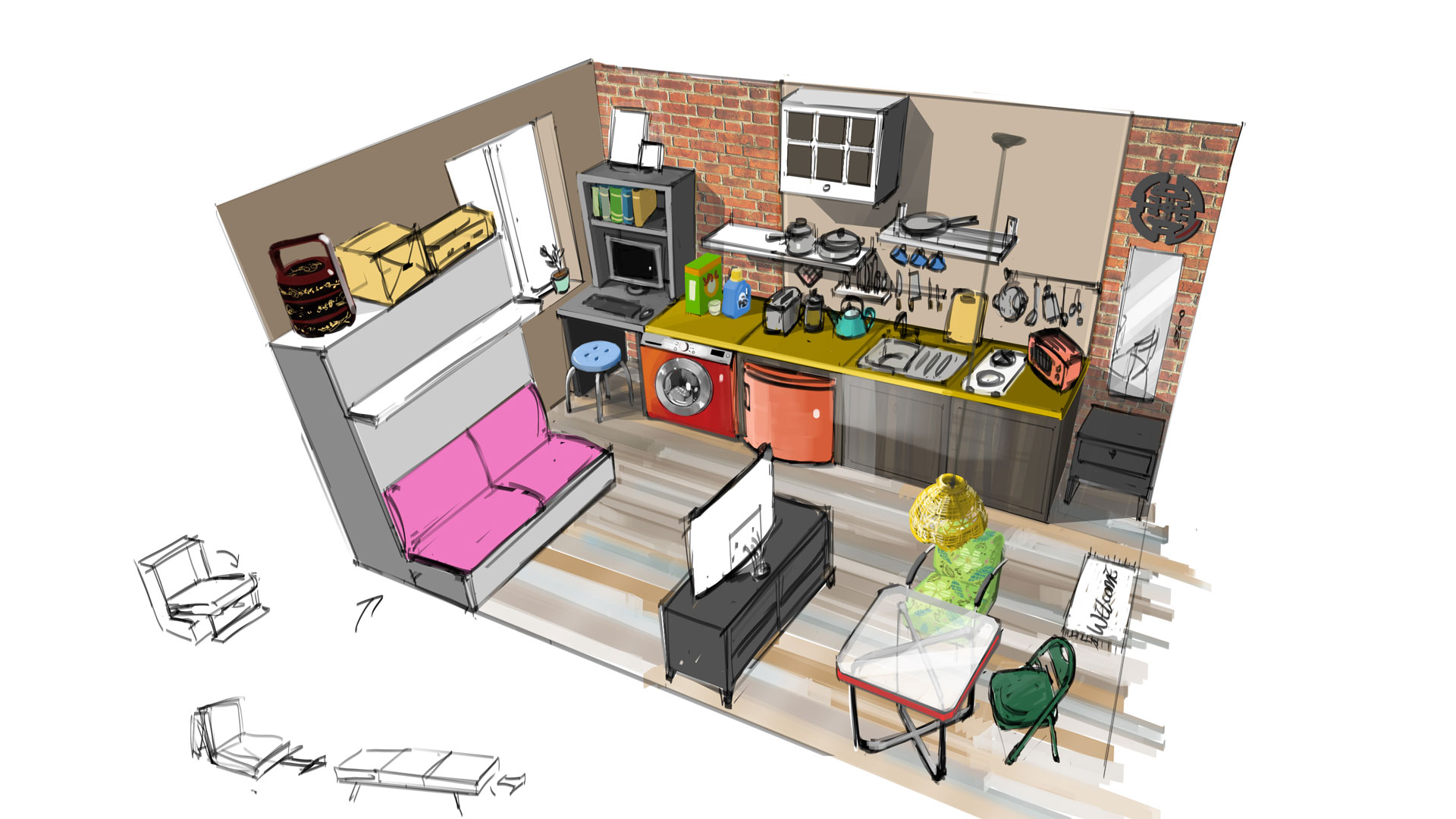 Once we had the basics, we still needed to iterate. Initially, apartments didn’t have the ceilings covering your neighbors’ apartments and they were open, empty spaces. Our art director couldn’t stand it, so he really pushed to get the ceiling tech. That took some time. 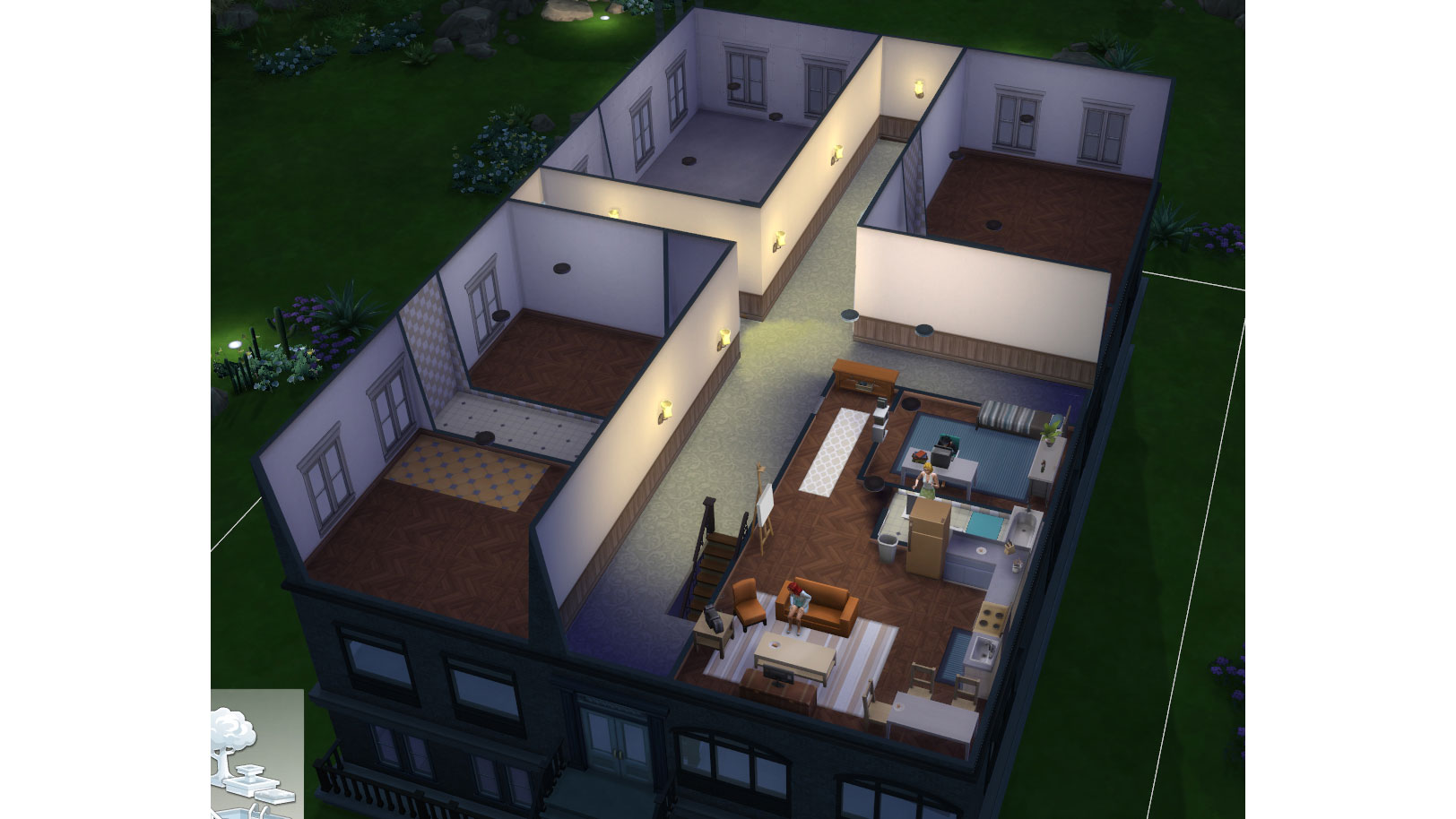 Apartments created several issues with the camera. Typically, large buildings or mountains in the game create a buffer region. With apartments, you need to be able to zoom in closely to Sims standing outside the apartment on the sidewalk, as well as towards Sims standing inside their apartment. 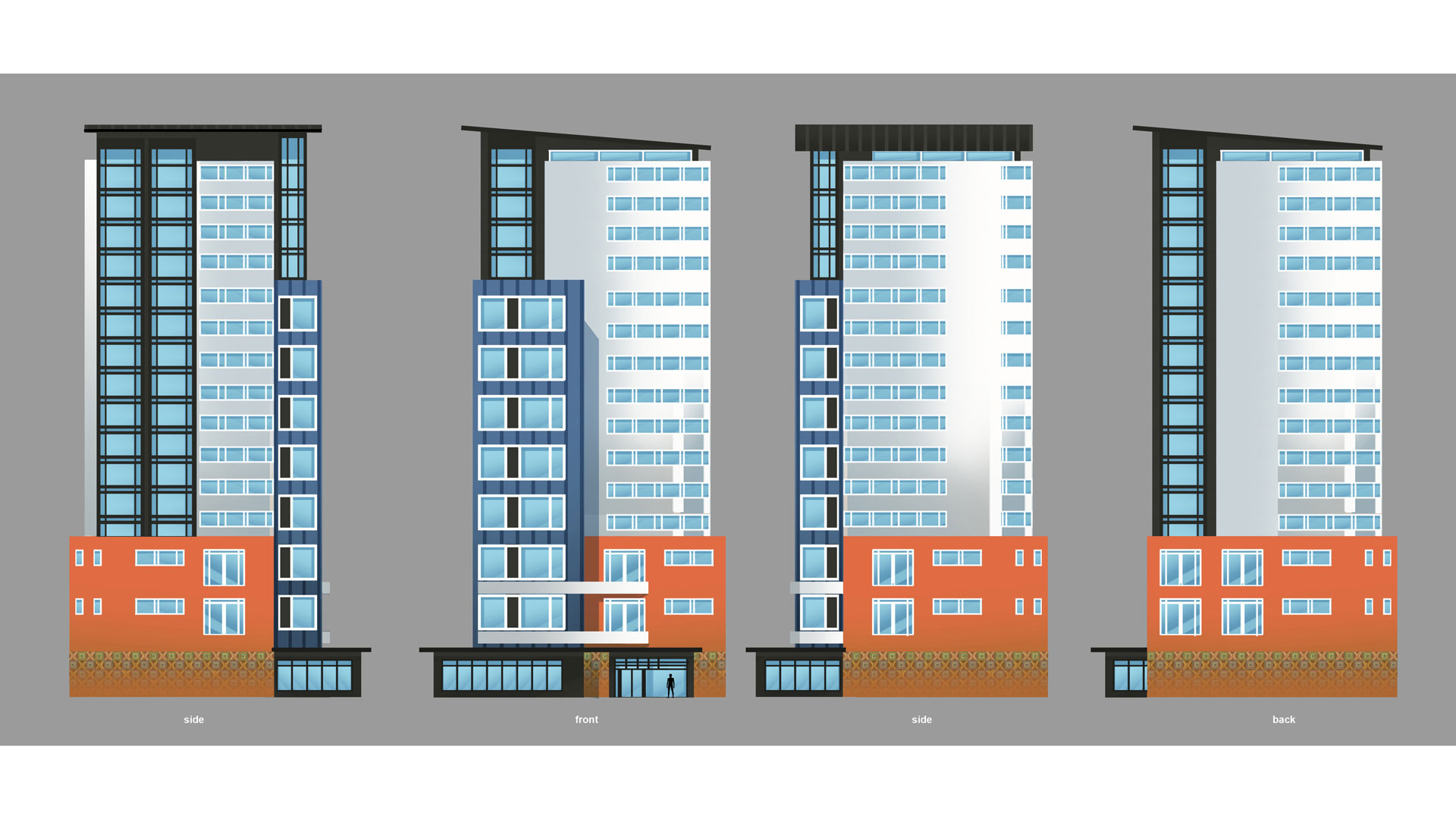 By default, the camera kept you at many arms’ length. It took extensive amounts of iteration to find the right balance, perfect the smoothness of the camera moving from the 8th floor to the ground floor, and ensuring it worked no matter how you adjusted it to follow your Sims (as there are several methods with distinct behaviors). 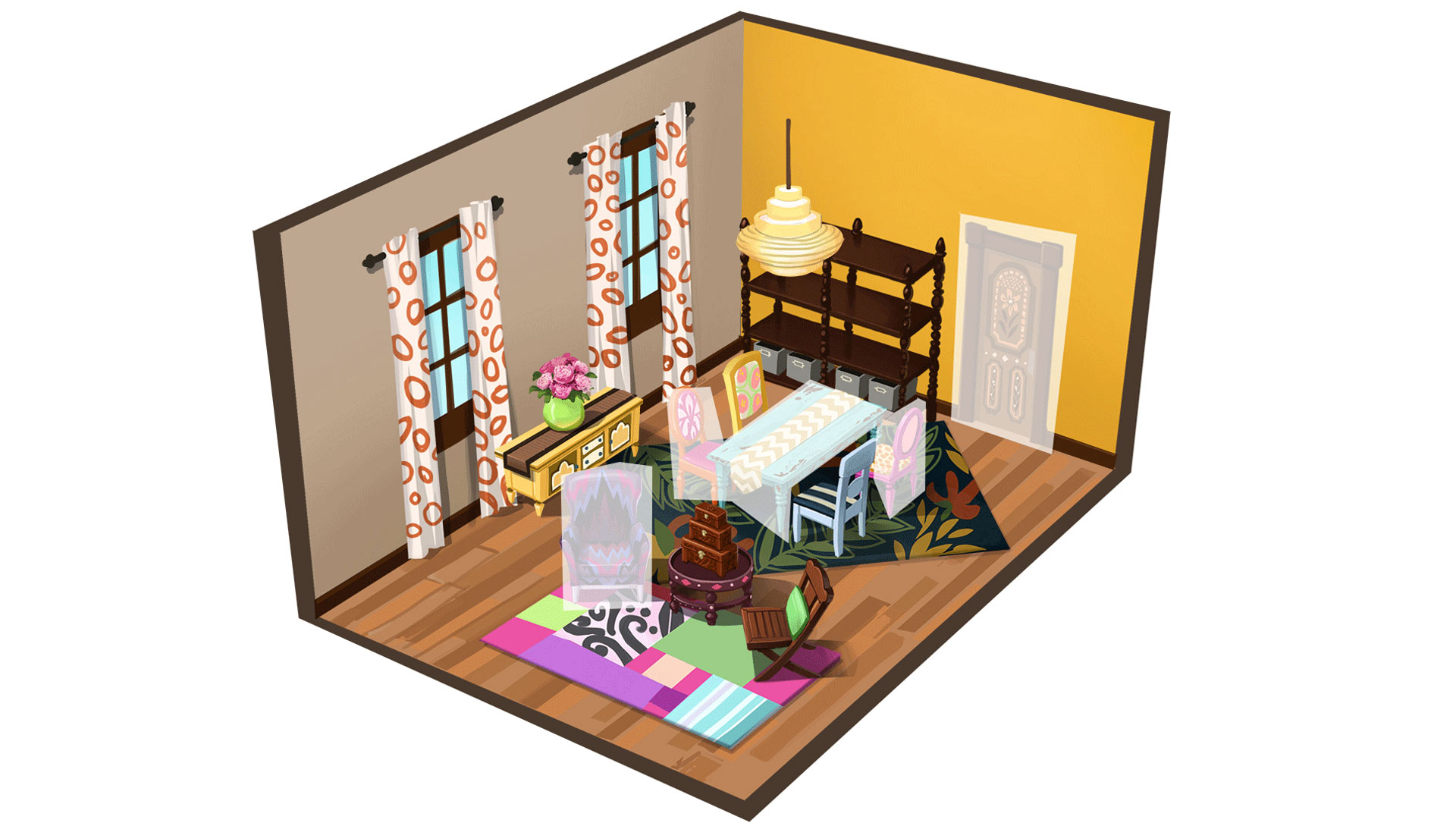 We also knew our players would need more customization options for an apartment. We have a smaller but super vibrant and vocal part of our community we call builders, players who primarily build and create new homes for their Sims. We wanted to give them a method of customization with a great view, so we created Penthouses, which allow players to customize every single detail at the top of a shell building. Players can put in pools, basketball courts, elaborate porches, rooftop gardens, or even just a normal home in their own image. This is how players can live out their billionaire fantasies, which is important in a game all about aspirational stories! 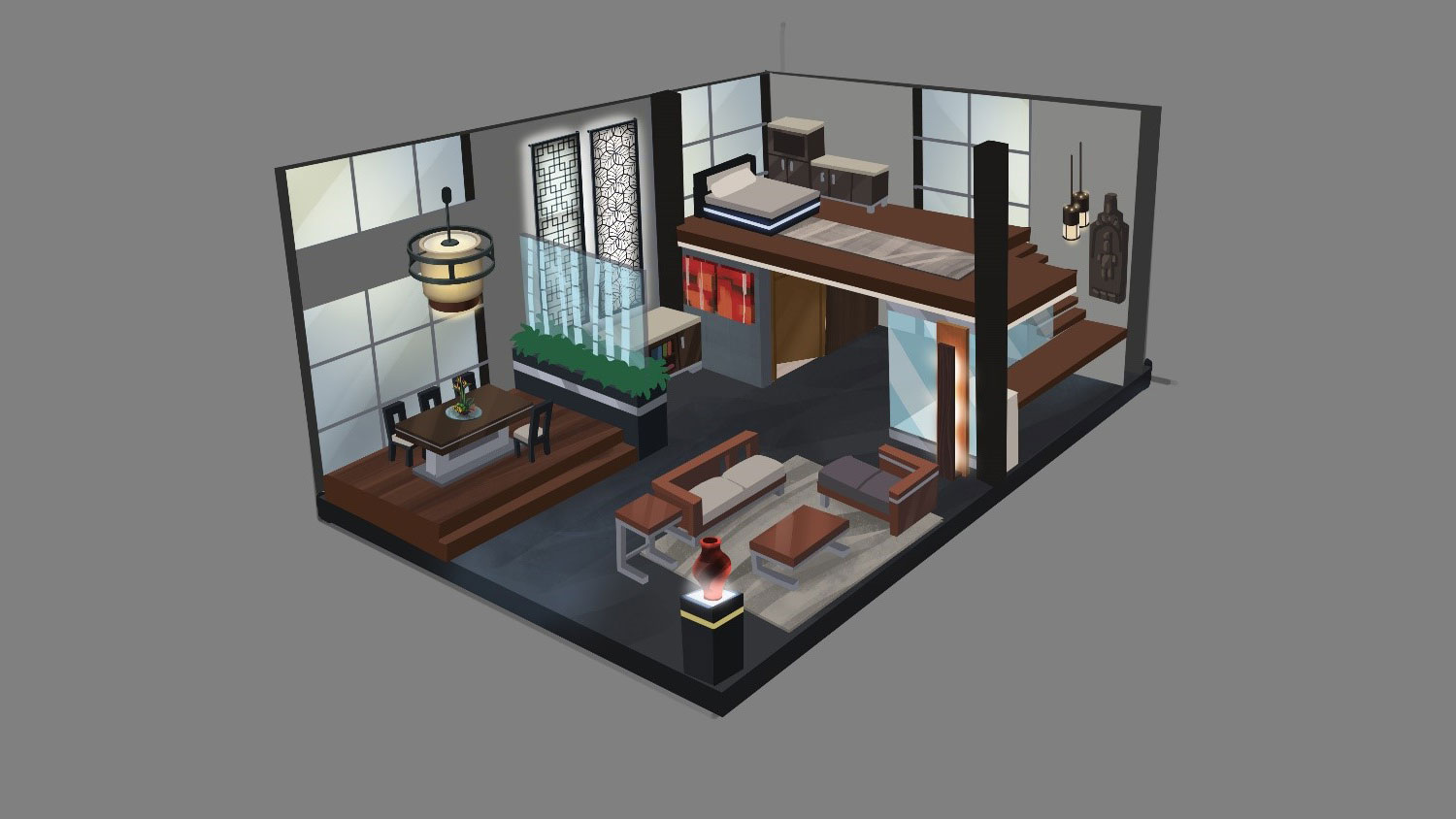 Finally, we had to completely revise our user interface to allow for players to choose lodging for a single family, on a floor with multiple options, and sometimes with multiple floors. 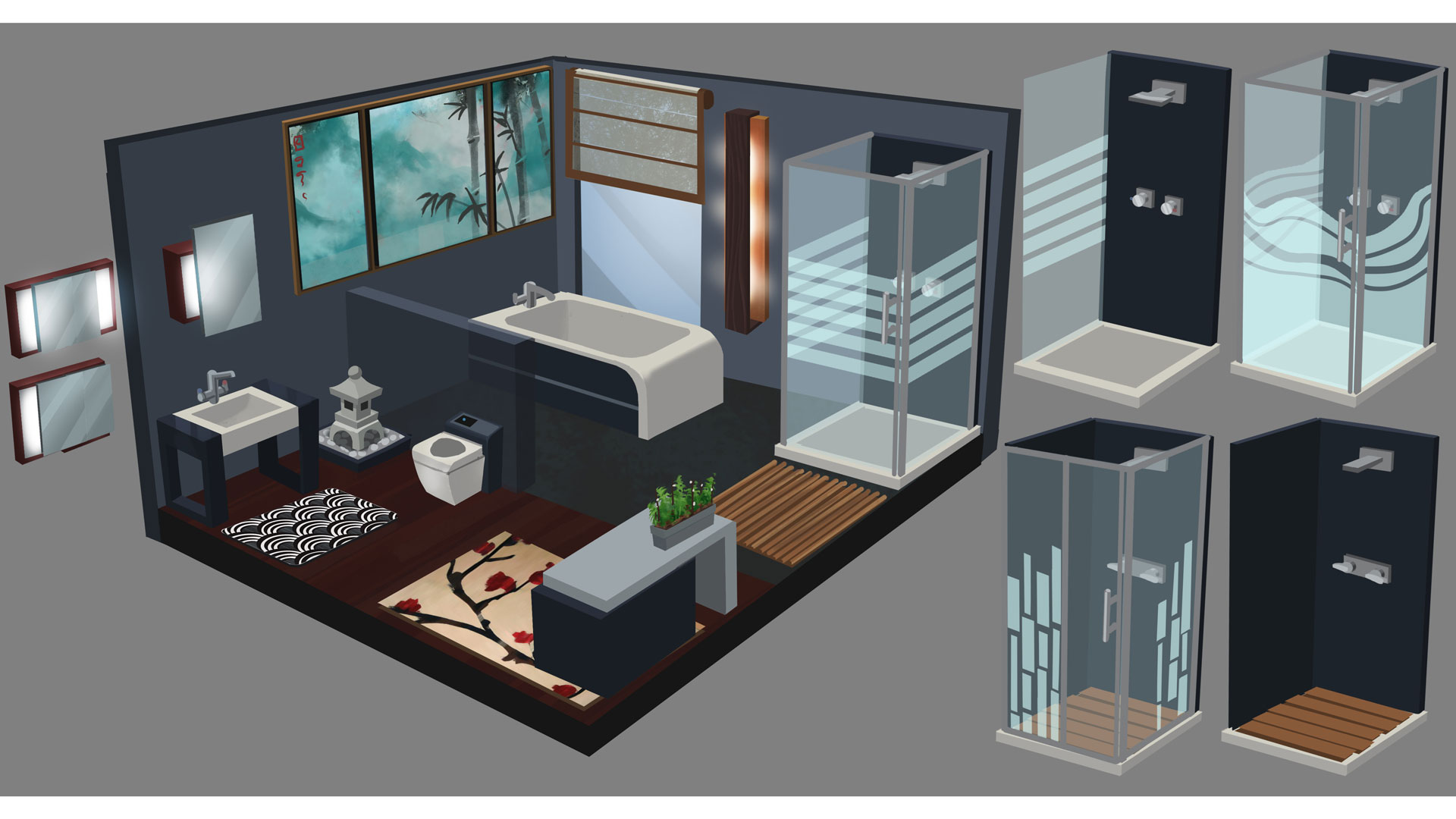 Typically, players can get a feel for the house from the high level thumbnail. However, with apartments, we needed to show them the shape, the layout, as well as things like apartment traits. We invested a bit of time into create a really lovely display that highlights and displays every option in a single apartment and lets you quickly toggle between floors.

All told, apartments were a massive undertaking. When asked what the most difficult aspect of City Living was, I always point to apartments. Typically, a feature only uses the work from a subset of the disciplines, but Apartments involved everyone. This includes concept, the environment team, visual FX, audio, scripting, gameplay engineering, client engineering, modeling, animation, UI team, and more. The result is one of the most holistic changes to our core experience in a very long time.

Apartments are a big deal and we’re incredibly proud of the work. Hit the button to the top floor and find your new home!

The Sims 4: Meet the Nine Creators Behind The Sims’ 21st Anniversary Patch

OFFICIAL LEAK: Maxis to Introduce “Kit Packs” to The Sims 4

CONFIRMED: Bunk Beds Coming to The Sims 4 in March

Community Blog: Unwrap 21 Presents for 21 Years of The Sims (Trailer)