The Sims team has launched a brand new project today that gives players a chance to create and vote for upcoming Stuff Packs in The Sims 4. In a community blog published today, EA gives you a chance to give your feedback on upcoming stuff pack ideas.

Hi Simmers! Today marks the start of an exciting partnership between those of us here at Maxis, and each and every one of you. We’re here today to announce a new project where we want you to help us create an all-new Stuff Pack for The Sims™ 4. How will this work? Let us explain… 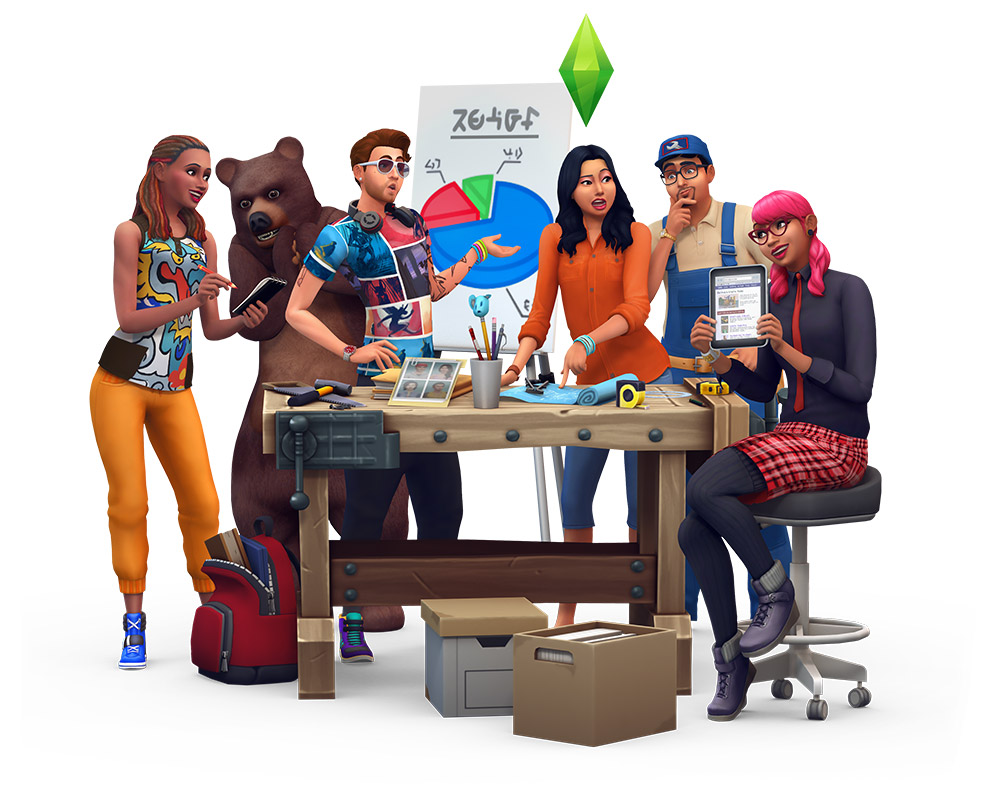 Today is the first major inflection point for this upcoming Stuff Pack, and we’re looking to you and The Sims community to guide this pack through its critical steps of development. We’re going to ask you the same questions we ask ourselves, and ultimately we’ll have a pack we can all be proud of. Development here in Maxis is always a collaborative process, with input from multiple disciplines to shape everything that we create. By adding your voices and your feedback, we’re going to make a Stuff Pack that represents your desires.

From now until April 6th, we’re gathering your votes at the bottom of this blog to help select the theme of this Stuff Pack.  At this early stage of pre-production, we pair potential features with a theme to help conceptualize the pack we aspire to create. You’ll see those features mentioned in the survey, but to be clear – you are not selecting specific features in this vote. Feature selection will occur in a separate vote, at a later time in the campaign.

The entire development of this new Stuff Pack will give you a transparent look into how Maxis works together to make new experiences for your Sims. Not only will your votes help determine what we create, but we’ll also be sharing in-depth information about our progress throughout the development process. We’ll show you images and videos of the Stuff Pack throughout development, so you can see what we see when we’re building the game. You’ll have a window into our process, be it an inside look at the meetings we hold, to gaining insight into how we respond to unexpected challenges. Along the way you’re going to meet other developers on our team, and learn about what they contribute.

You can take part in a new section of our forums that’s dedicated to this project. It’s there that we’ll post regular updates, and we’ll jump in to engage in spontaneous discussions. Your feedback in the forums will be another opportunity to help shape the course of this pack. Of course, participating can be as simple as just voting. Be sure to circle the following dates on your calendar, and return to TheSims.com to make your voice heard.

For years, we’ve worked to make Sims games that we think you’ll love. This unique opportunity to work directly with all of you has our team incredibly excited. So come on… put on your honorary Producer cap and come join us. Let’s build something great, together. We can’t wait to learn more about what we’ll start making in just a few short days!

The five themes you’ll be voting on represent some of the most requested additions we’ve seen on the forums that fit within the scope of a Stuff Pack. They are…

FAQ – FORUMS – SURVEY (at the bottom)