After more than three years since the game’s initial release, The Sims 4 has implemented new expansion packs and game packs that we are familiar with from previous Sims games, such as City Living, Cats & Dogs, as well as some other packs that provided experiences that we’ve never had in the game before, such as Parenthood and Get Together.

And with such a vocal community, simmers all around the world have given their ideas about expansion packs they would like to see added to the game. Well, here are five ideas for Sims 4 expansion packs that would add completely new and unique experiences like we’ve never had before! 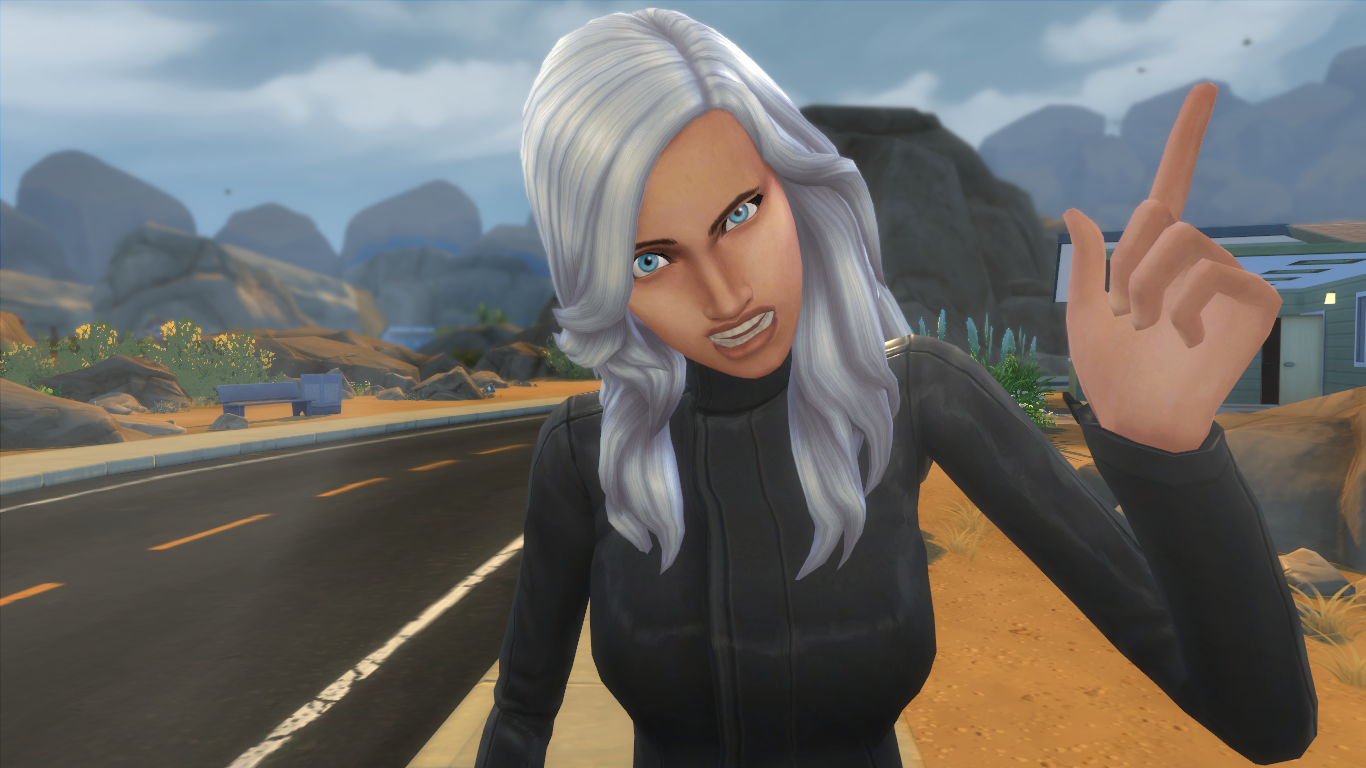 Perhaps the coolest feature that came with Get to Work is the ability to become a detective and arrest criminal Sims. But wouldn’t it be cool if that feature were expanded on, and our Sims themselves could become playable criminals? Sure, your Sim can already join the criminal career track, but it would be a completely new experience if it weren’t an off-the-lot career.

What if we could actually go to Sims’ houses and break in during the middle of the night with some criminal friends and try to rob things while they are sleeping? What if your Sim could vandalize public property and try not to get caught by the police? What if Sims had the ability to litter on purpose?

But don’t worry. The pack can focus on more than just the bad guys in town. Maybe it can add a new “life state” to the game for the good guys, such as superheroes! Sims could be able to grow up, slowly figuring out their unique super powers, and when they fully become adults, they can join a career to help fight crime in the city! But of course, whenever there are superheroes, there are always super villains, too. . . 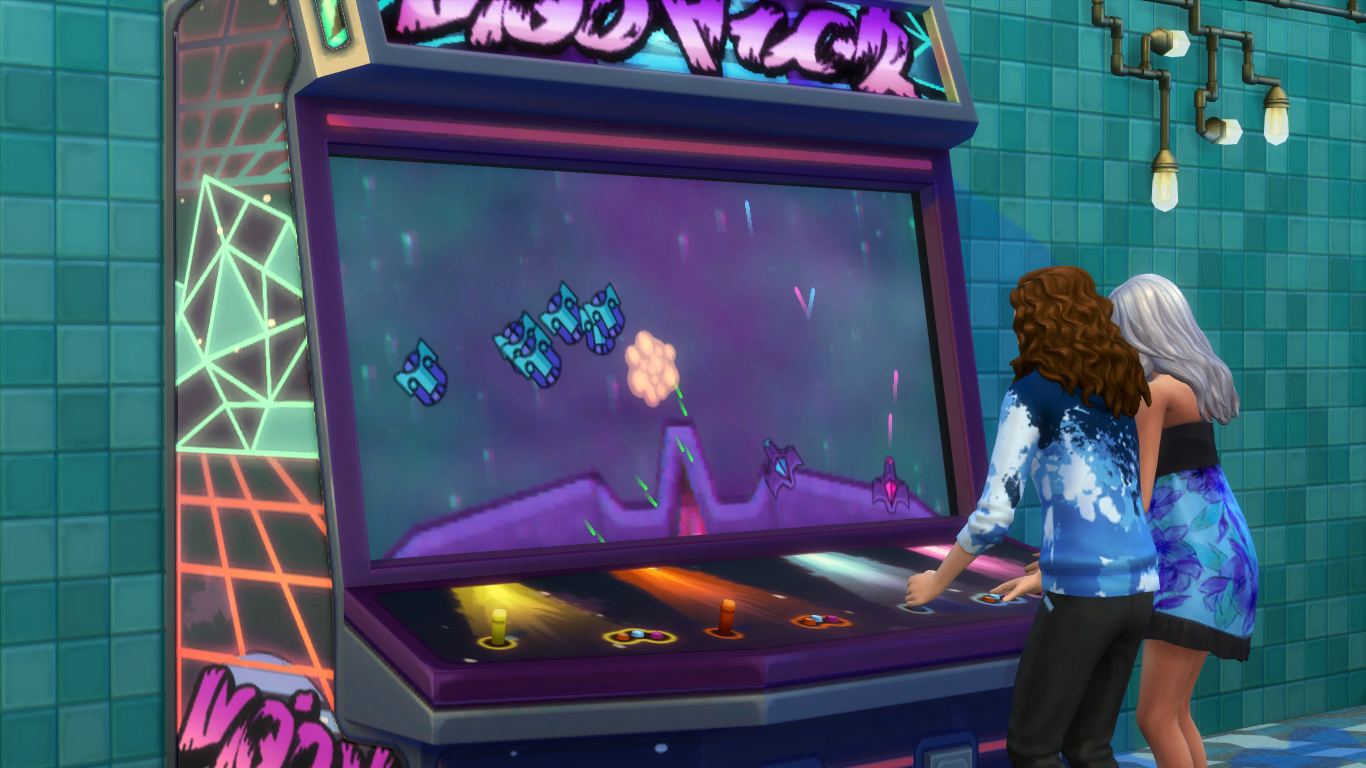 Expansion packs and game packs that pull Sims away from their regular everyday life for a while like Outdoor Retreat bring a refreshing, new pace to the game with how it allows your Sims to experience and learn how to deal with a different environment. But what if that new environment were also a game show like Survivor or Big Brother?

Being able to build up a social strategy to avoid being voted off a reality show and competing in competitions to obtain power would be something completely different from what we are used to in The Sims. We would be able to send Sims away to a completely different location for a couple of weeks and let them try to survive reality TV for hopes of a grand prize. Or, if they have a poor strategy, they might be voted out right away! 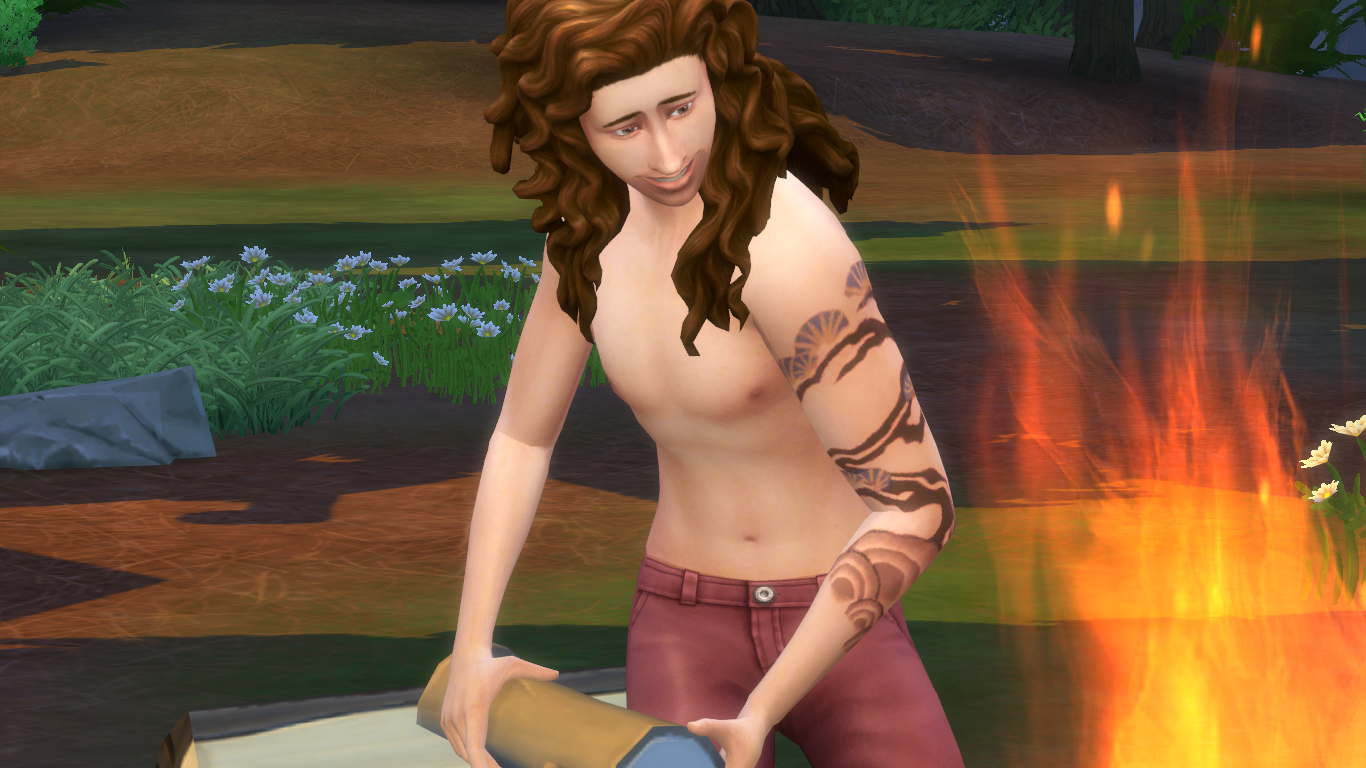 Playing in an everyday suburb setting in Willow Creek or paying rent in a high-rise in San Myshuno is always fun, but what if life for your Sims suddenly became dependent on the elements?

Sure, working a nine-to-five job as a single Sim with four kids all in diapers is a challenging Sims experience, but it would be a whole new level of difficult if all of a sudden your Sim were stuck in the wilderness, having to work hard with whatever nature throws at them to stay alive. It would test Sims like never before!

This would be especially challenging with a seasonal element involved, such as having to build a shelter from the harsh rain, or having to build a fire to stay warm in the extremely low temperatures of the night. Harsh weather would make urgency a huge factor in this type of gameplay. 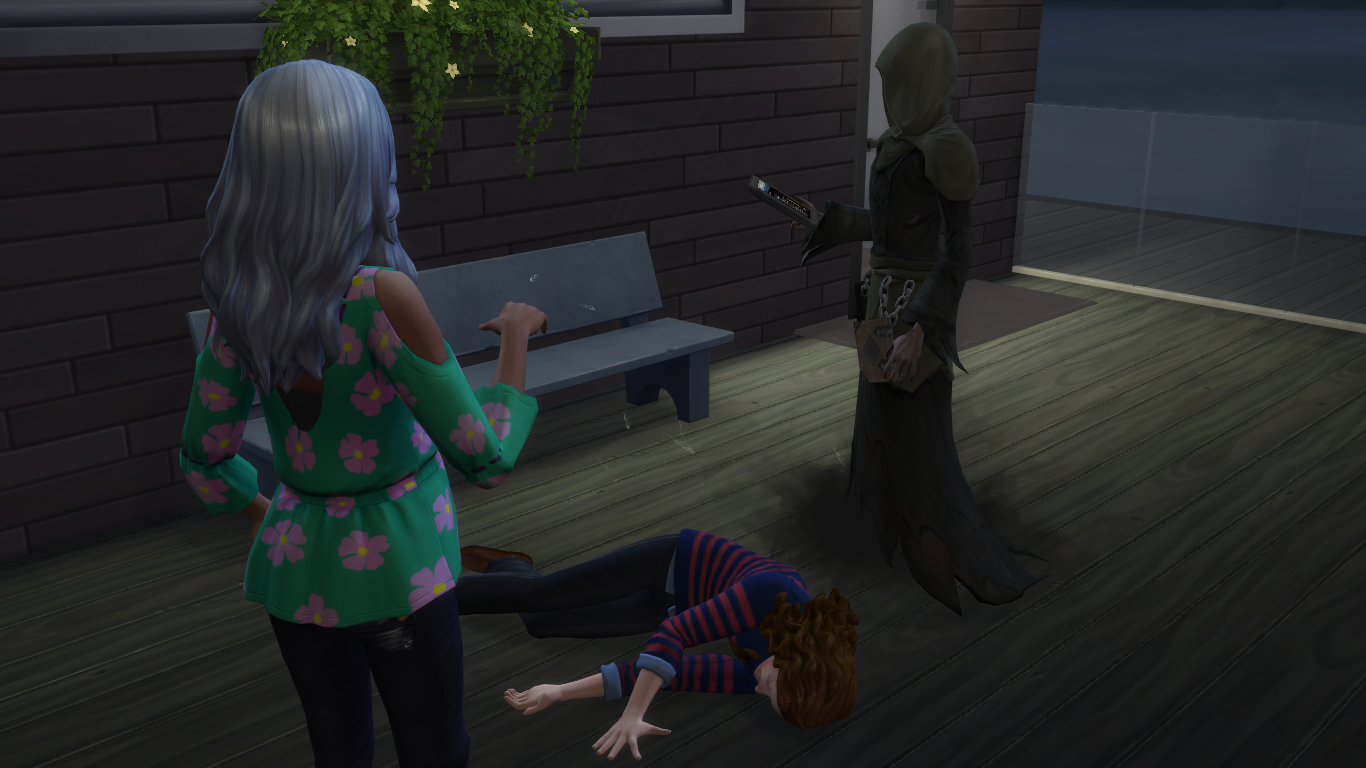 Perhaps the saddest event that could happen in The Sims 4 is a death. After the Grim Reaper comes to collect your Sim’s soul, that Sim becomes a ghost. And, if the ghost feels as though it is their time, they may choose to go live in the Netherworld permanently, never to return.

So, what exactly is it like in the Netherworld? Is it all fun and games, or is Grim not exactly the best landlord to have control of your soul? Seeing what the Sims team would make the Netherworld look like would be quite interesting, and being able to control Sims in it would answer so many questions about dead Sims.

It would fascinating to play in Sims’ lives after their first life is already over. Maybe the Netherworld isn’t as scary as Grim’s outfit and scythe may suggest! 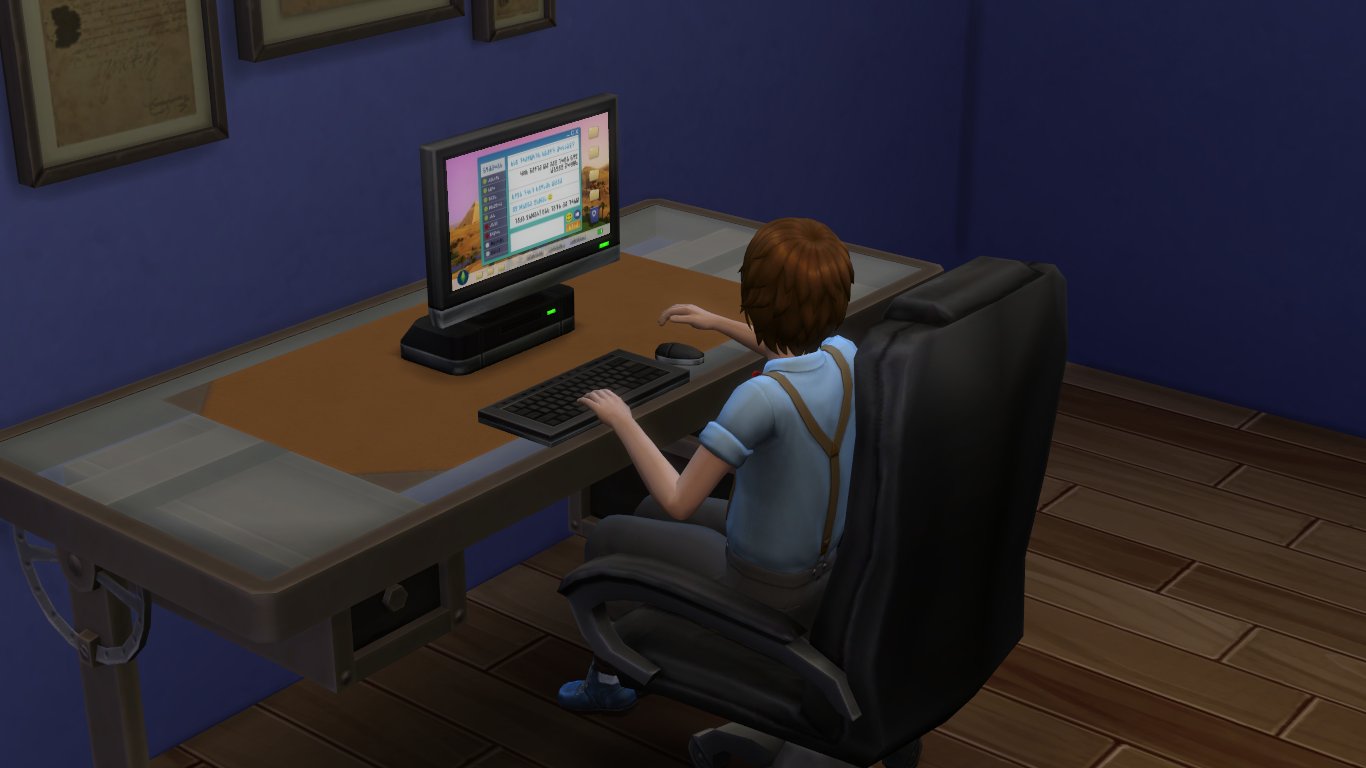 We all send our children Sims to school for seven hours a day from Monday to Friday, and during that time, despite receiving an important education, they sort of just disappear until they get back home with their homework in their inventory. With a school life expansion pack, though, we would be able to control out Sims while they face the everyday challenges of school life, much like with how the careers function in Get to Work.

School can be expanded on so much, especially with cliques, new life experiences, and stresses of being a student falling behind on work. School is such an important part of kids’ lives that having a school lot that we can follow them to and interact with can really allow us to get to know our younger Sims better.

Plus, this expansion pack can help children build character, like feeling conflicted when facing a school bully, or learning new things from friends on the playground that they might not have learned through any other type of experience. A pack like this would really flesh out the game in a big way.

So what do you think? What expansion packs or game packs would you like to see implemented into the game that have never been done before? What kind of pack do you think would add to your Sims 4 experience the most? And what type of gameplay do you think would be the most fitting for that?