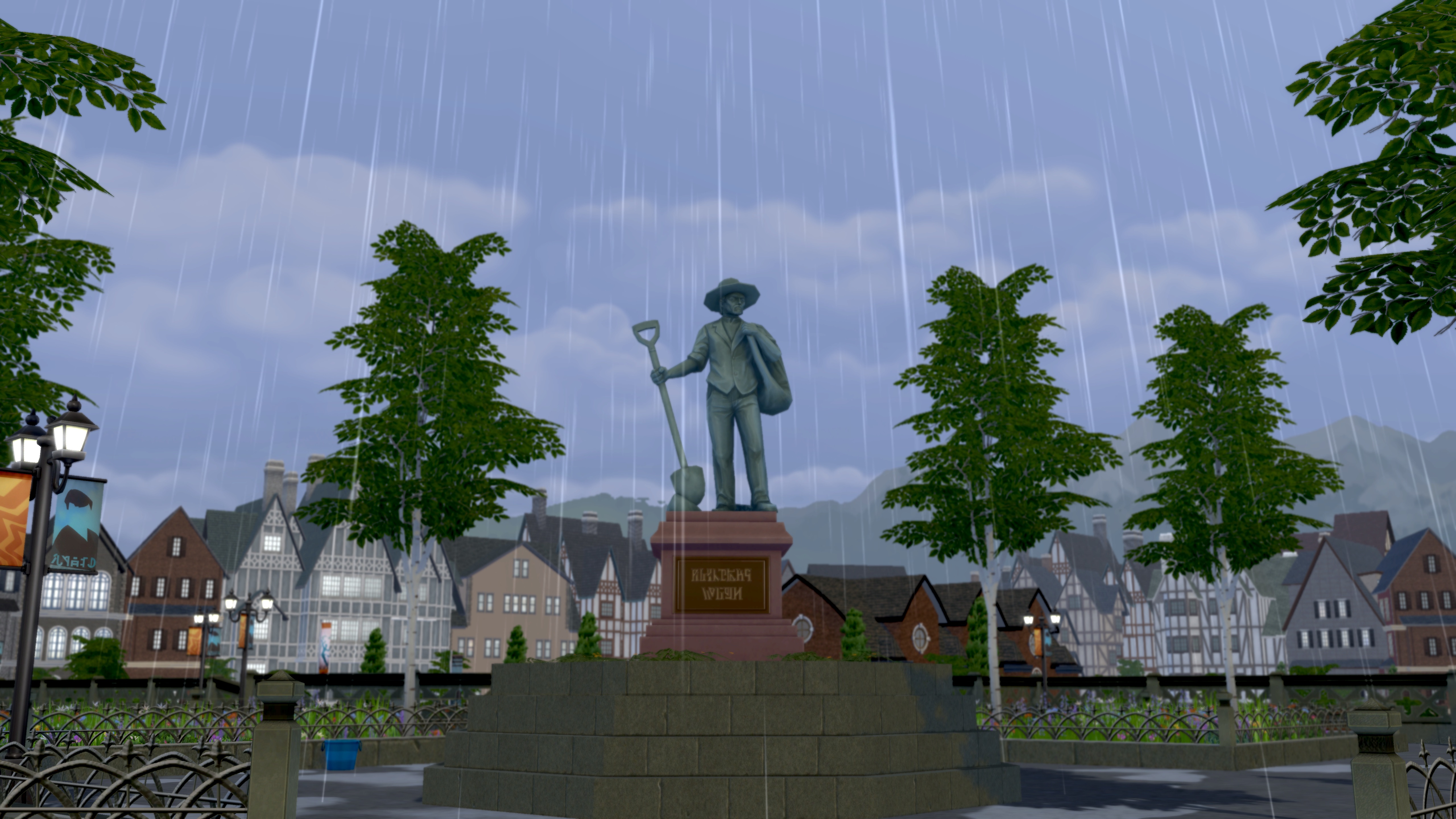 In the past 4 years, scientists have been trying to solve the Global Climate Anomaly (GCA). The SimNation alone has poured §50 billion into researching the cause of the abnormal climate state since its first occurrence. Even with the abundance of resources at hand, the research facility, FutureSim Labs, has been unable to pinpoint how or why the GCA happened. However, on 3rd of Summer, different weather conditions started to appear around the world.

The anomaly started at the beginning of Era 4. The exact cause is unknown because there is no historical text recording the transition of the eras. But after interpreting the texts of the Omiscans, some historians believe that an advanced sim society must have existed in Era 3 until an apocalyptic incident occurred. “It could be the same incident which triggered the Global Climate Anomaly,” says archaeologist Kaitlyn Hamilton. “It’s fascinating to know that there used to be another civilization before us.”

Windenburg was the first city to report the change in precipitation. “I was as amazed as I was terrified when a lightning struck in front of me,” says Paolo Rocca, a resident of Windenburg. Many citizens also expressed their amusement toward the rainfall, which no one has ever seen. As soon as getting the news, San Myshuno Broadcasting Company (SMBC, §7▼) rapidly reestablished their weather-report department. Other businesses also feel hopeful about the news. Apparel retailer, Naomi Foye, tells the SMT, “Hopefully this means we’ll have cold weather this Winter. My storage is full of winter clothing that needs to be sold out.” She is also planning to do a discount promotion on cold-weather gear in order to reduce the ever-piling inventory.

In light of the development, the Global Assembly (GA) proposed on Wednesday a celebratory reinvention of the annual holidays. In a press release, they announce, “We hereby rename the Snowflake Day from Era 3 as Winterfest; the date remains on the 11th of Winter. Moreover, we announce Harvestfest, which shall be on the 5th of Fall. Other old holidays will either remain, such as Love Day, or be removed, such as Leisure Day. And new holidays shall be created if see fit by this panel.”

Furthermore, SimNation Weather Service (SWS) decided to drastically reduce the funding for the GCA research. “We’re not dropping it entirely, though,” says Xander Higgins, spokesperson for SWS. “Just that it’s not our priority anymore. Besides, we have real weather-related jobs to do now.”