Among several changes announced last month by Electronic Arts, comes the latest move to phase out the Origin name and rebrand under the EA label. EA SVP Mike Blank confirmed these changes during a recent interview with GamesIndustry.biz.

Speaking to GamesIndustry.biz, EA SVP, strategic growth Mike Blank says the overhaul is intended “to create a more frictionless, fast, socially-oriented experience for our players, where it becomes the best place for them to connect with the people they want to play with in the games they want to play.”

That means making the app an overall more streamlined experience involving fewer clicks to navigate, along with other details such as desktop background updates, a “better patching experience,” and UI updates to login, registration, and game libraries to make them clearer and easy to understand quickly.

The rebranding itself, Blank says, ties in with a broader company strategy that EA has been executing visibly the last several months with all its aforementioned branding and EA Play-connected changes. EA, he says, wants to better enable player choice in regards to what platform they play EA games on, prioritize cross-platform play, and generally break down barriers to having access to EA games.

“All of that is signaled by creating a common and consistent brand that is centered around EA and what EA stands for,” Blank says. “And what signals it is this inflection about how EA stands for bringing your players together around the games they want to play on the platforms they want to play on. So yeah, it’s not just a name change. It really signals an ethos that is critically important to us and that we know that’s important to our players.”

Blank wasn’t just involved with the EA desktop app. He leads the team at EA that has been heavily involved with all of the recent changes, both related to branding and to game connectivity and access. Part of the way Blank’s team is pursuing its goals lately is through putting more EA games in more places, and implementing cross-platform play for as many as possible. 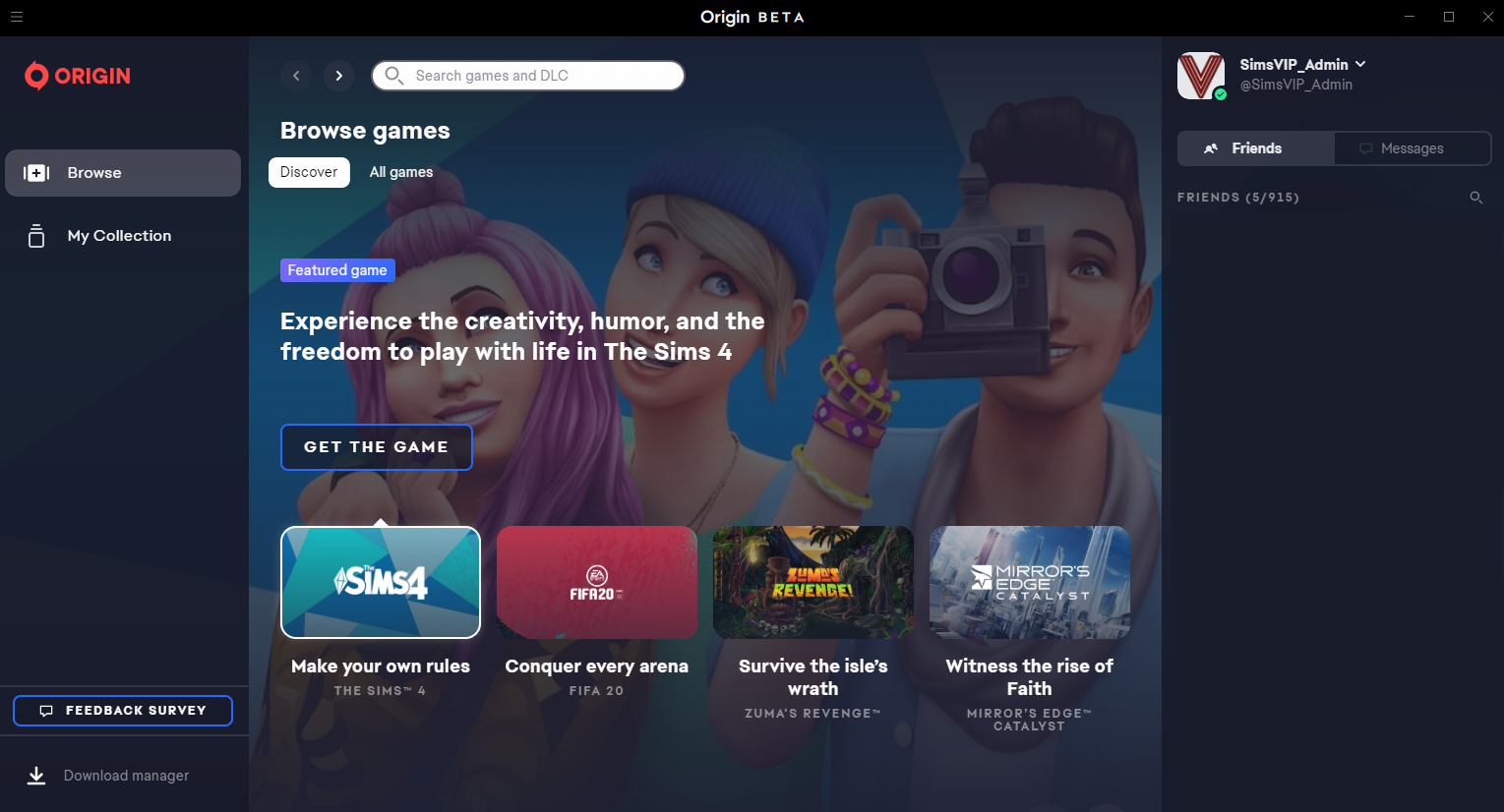 It appears that the Origin Beta client we previewed last month will most likely launch as the new EA Desktop App, and offers a lighter and more user friendly experience. Electronic Arts recently rebranded their Origin subscriptions to EA Play, so this new change falls in line with the recent EA Label changes seen across the company.