The Sims 4 Journey to Batuu introduces robot companions to the game called Droids. Sims can use droids to help them with missions, play music, and provide some company. There are two types of Droids that your Sim can have: R Units and BB Units. 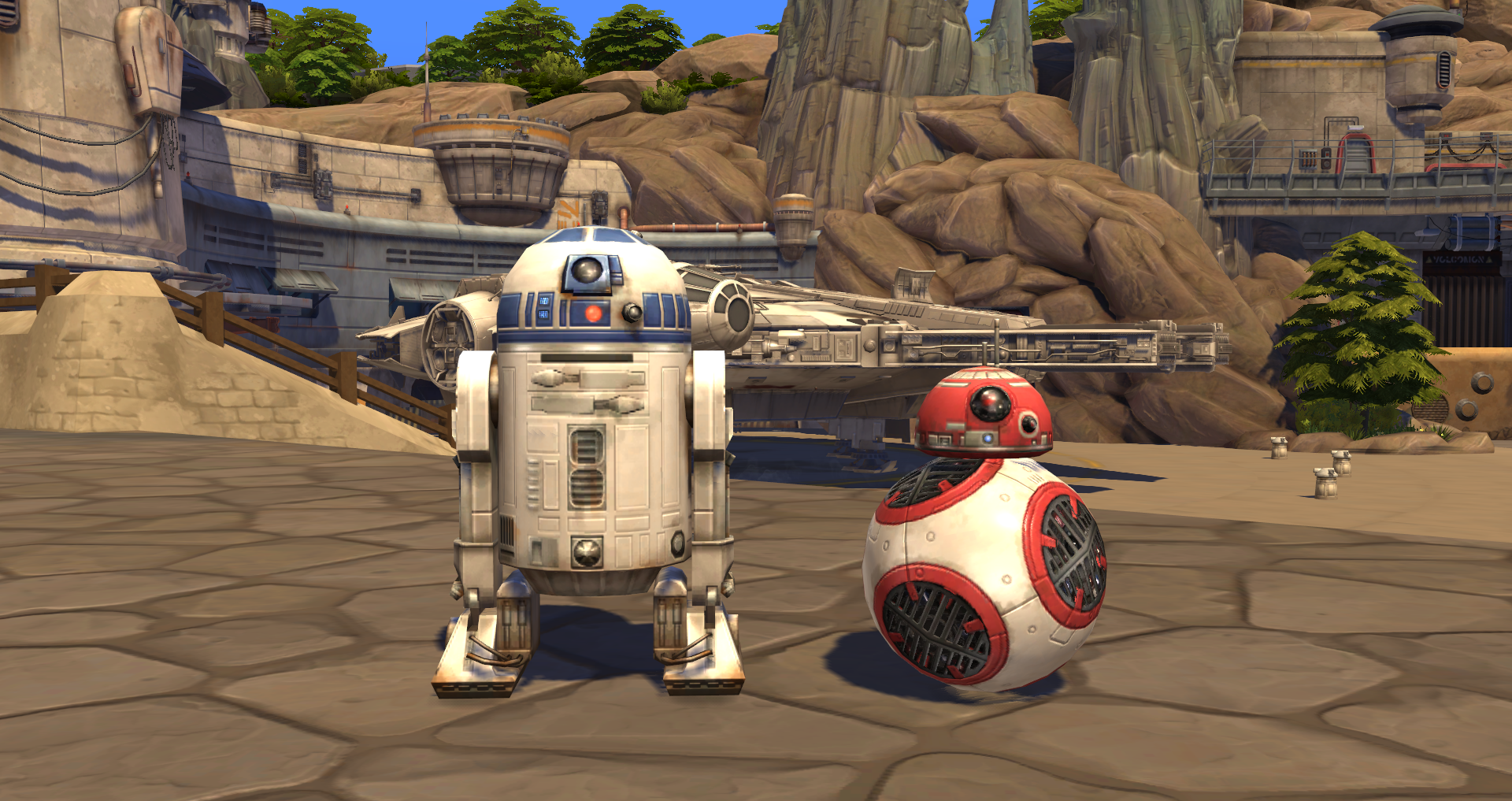 Although both types of droids have the same functions, R Units are larger and boxed, while BB Units are smaller and rounded. Droids will follow Sims around with the “Follow Protocol” option activated, but Sims can only have one droid follow them at a time. 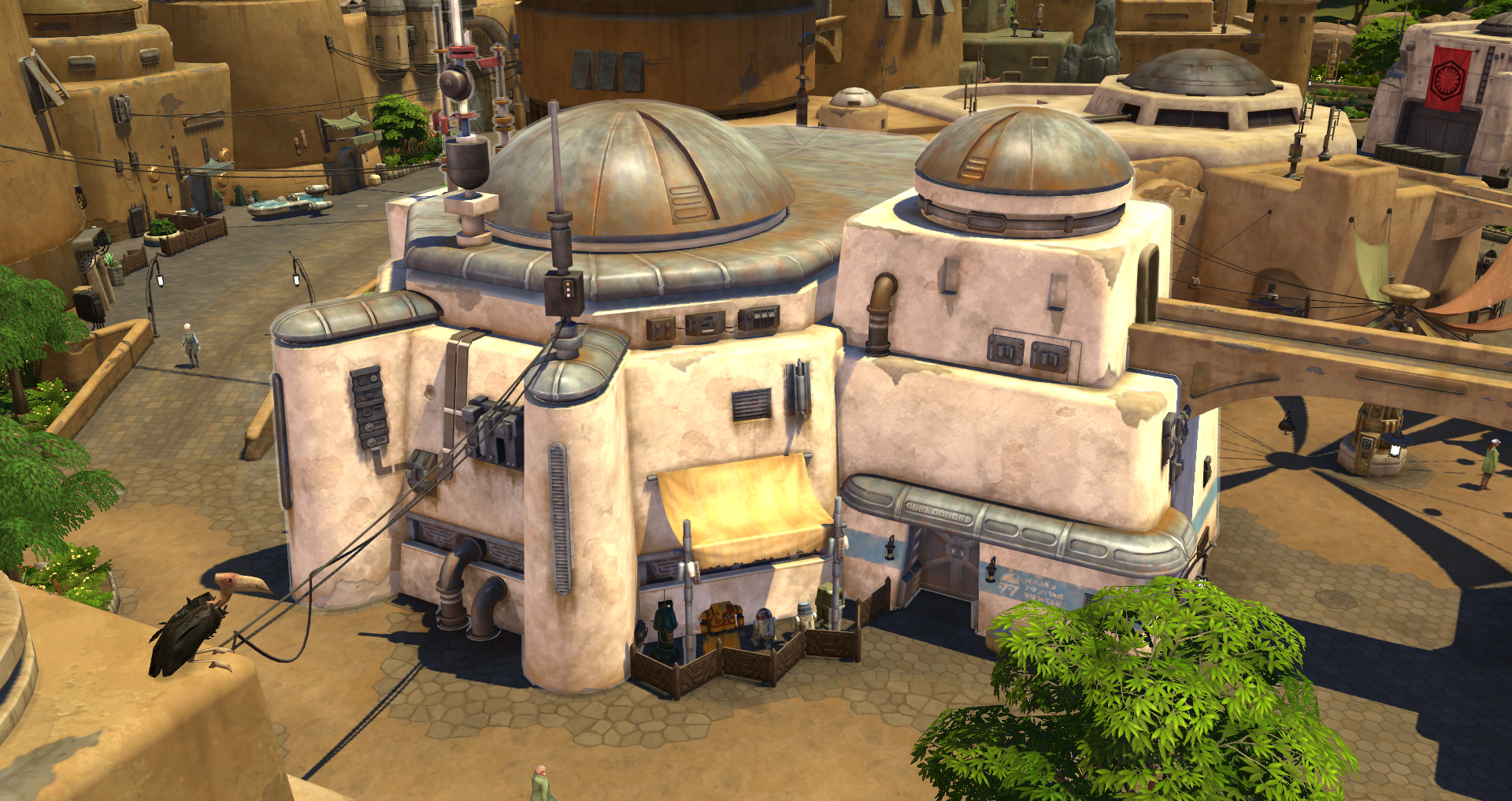 For the cost of 1,000 Galactic Credits and 10 Scrap Metal, Sims can Order Custom BB Units or R Units. When choosing this option at Droid Depot, Sims will be able to select a variety of a custom heads and bodies for their droids. From this screen droids can also be named. 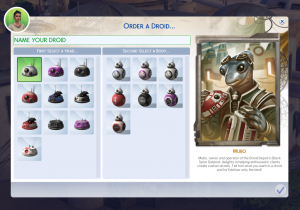 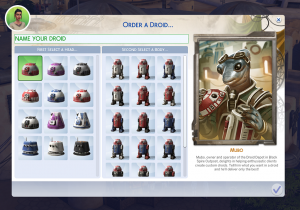 Once a Sim has purchased their proffered Droid, it’s time to interact! Sims can Chat with them to build a relationship, unlocking new social interactions along the way, they can also tinker with the Droid, which allows them to increase their Handiness skill, and they can also act as a portable radio by playing music from the new Batuu and DJ R-3X radios stations. 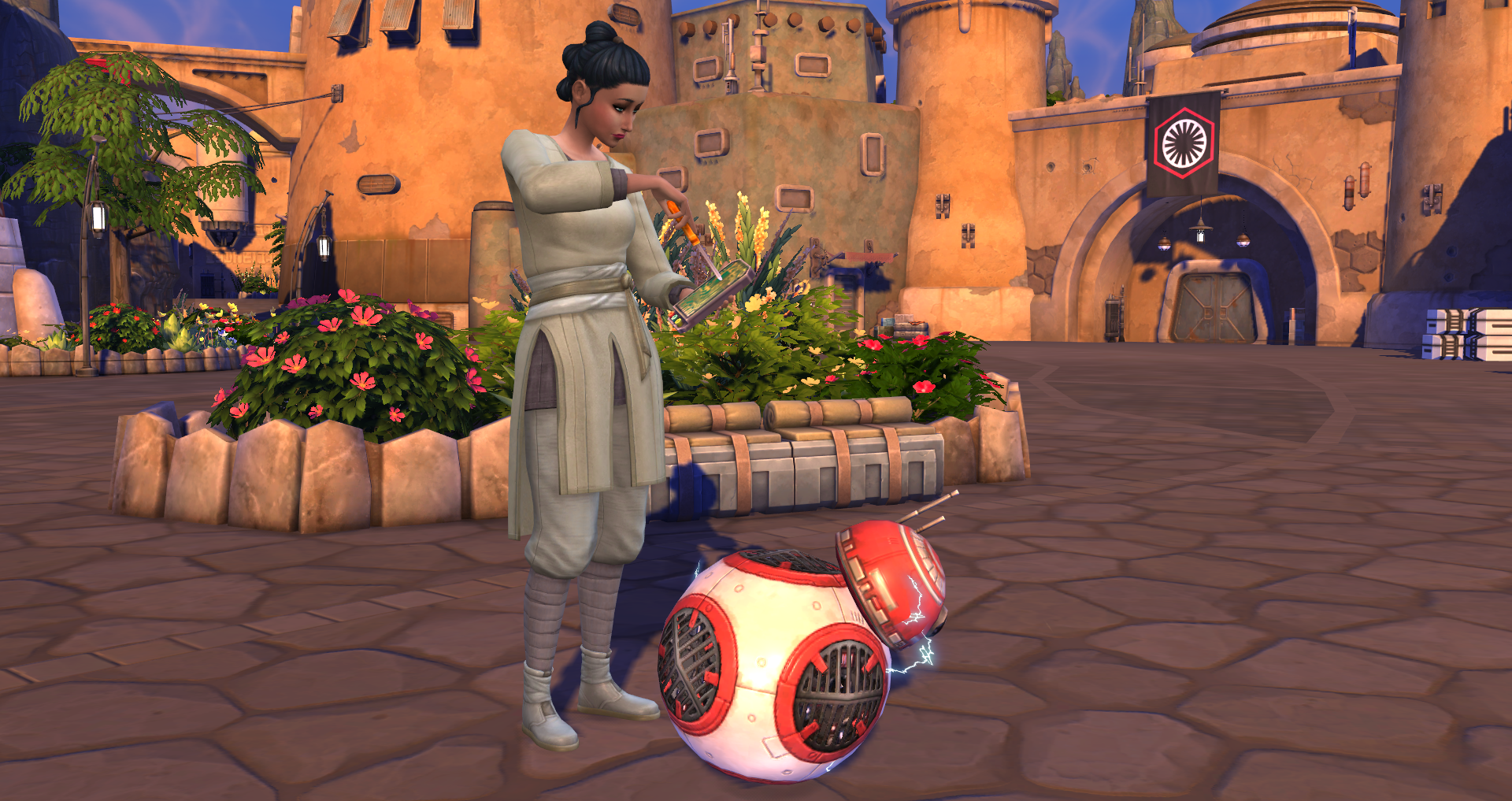 Sometimes a Droid will break down, which will require them to be repaired. Be careful…a Droid might accidentally shock your Sim!

When activated, Sims can engage Droids with the following different Protocols: 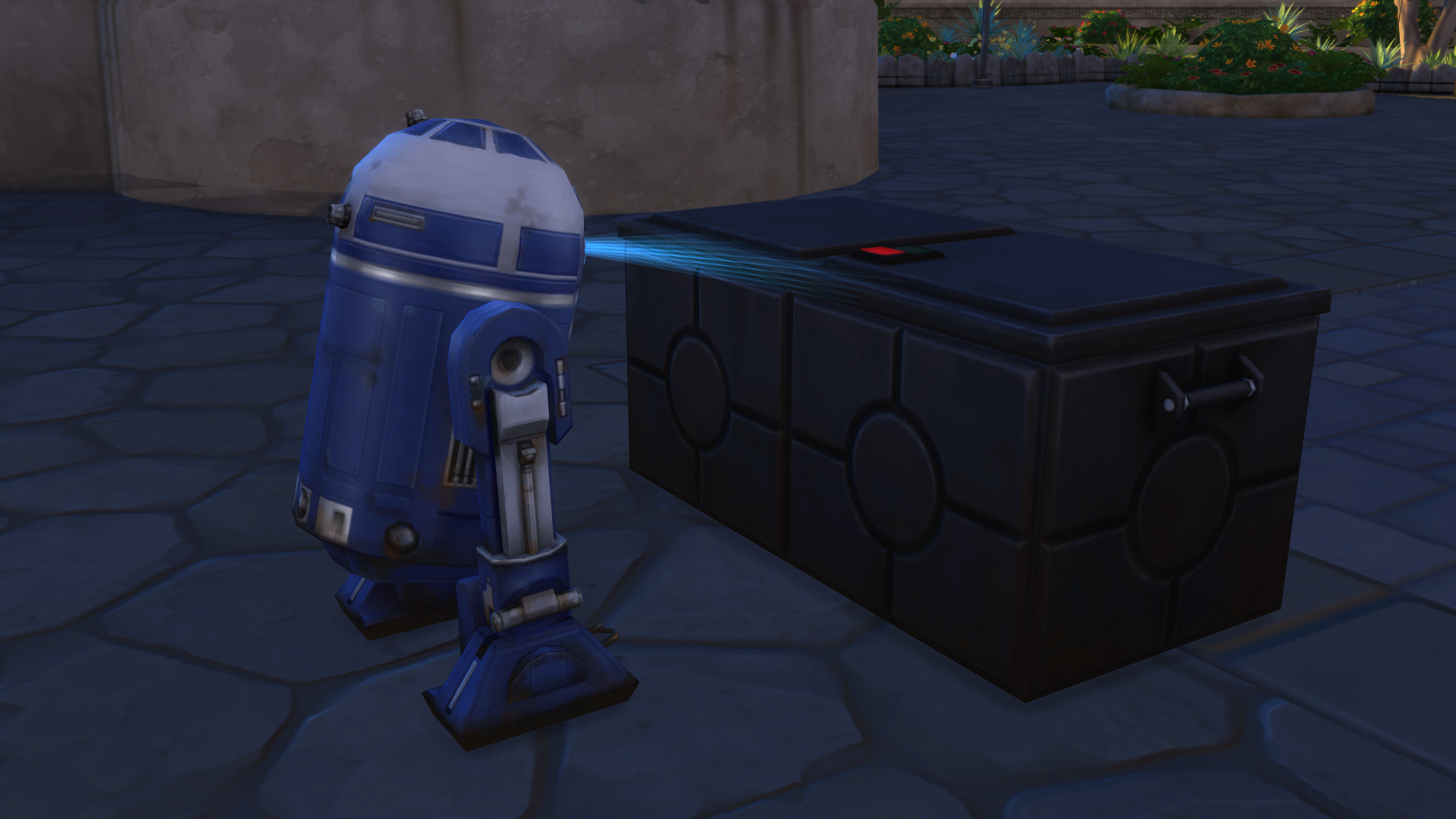 In addition to the options above, Sims can perform various maintenance upgrades to their Droids through the “Droid Maintenance” option. Keep in mind that a Handiness Skill Level of at least 3 is required to perform these upgrades. Sims who are completing missions will have great use of their upgraded Droids.

Once you have reached Rank 3 of a Batuuan faction, you can purchase Droid Personality Chips for 175 Galactic Credits each. When a Personality Chip is replaced on a Droid, it will change its voice and personality. 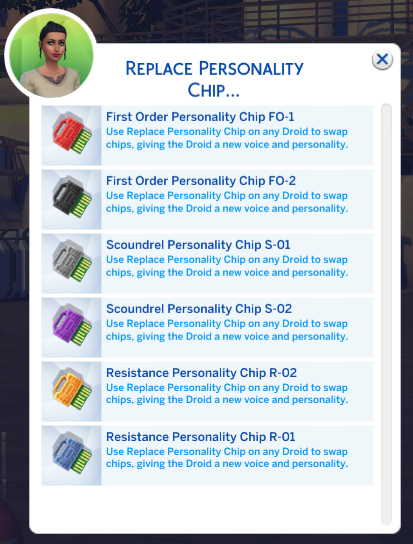 The following Personality Chips are available for purchase with the appropriate faction rank: 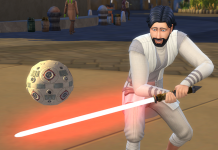