The Sims: It's Time to Change the World(s), Literally | SimsVIP

The worlds our Sims play in are the canvas for the stories we tell, the builds that we create. They are an essential aspect in how we play and enjoy the Sims game. The key word is ‘immersion’. It begins with small details, like trees that move in the wind. It ends with impactful visual effects like trains passing by. When The Sims 4 initially came out, the two worlds Willow Creek and Oasis Springs didn’t impress all players.

The very first installment of The Sims was the foundation building a franchise with a sandbox simulation goal that we nowadays love and enjoy so dearly. Due to the early 2000s technical possibilities The Sims didn’t offer many options when it came to world diversity. The base game neighborhood was continuously expanded by additional expansion packs. In fact only the packs The Sims Vacation, Superstar and Makin’ Magic added three more distinct destinations.

In The Sims 2 things changed immensely. Whilst we had three different worlds to pick from we also got the ability to add custom worlds based on a variety of provided world maps. For 2004 this was a groundbreaking addition and really redefined the sandbox genre. With additional expansion packs more worlds were added including The Sims 2 Bon Voyage. It added more distinct worlds resembling ‘Far East’, Tropical and Mountain Destinations. They were quite vague reflections of actual places in the real world. 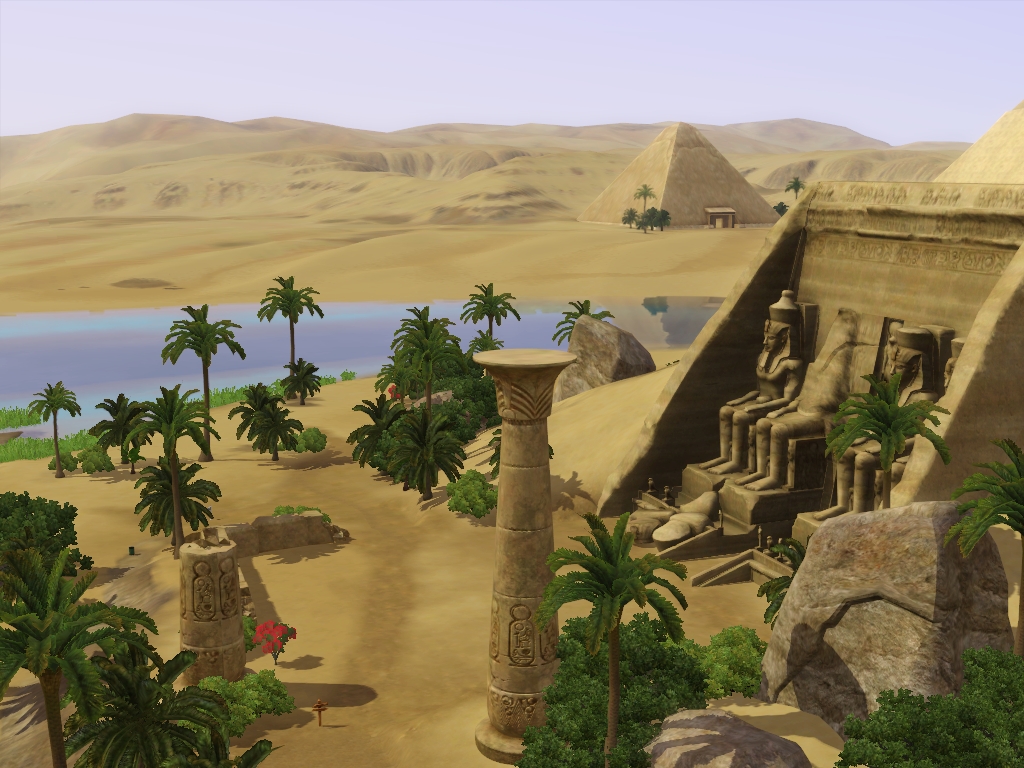 Without a doubt The Sims 3 was the most diverse game from the franchise when it comes to actual real-world representation. Although The Sims 3 base game came out with only a single world (Sunset Valley), the very first expansion pack would really showcase the flexibility of the new open world game design.

When The Sims 3 World Adventures came out on November 17th of 2009, only five months after The Sims 3’ release, the first expansion pack provided your Sims three brand new destinations to visit. It also showcased how flexible the brand new world engine was. The three worlds that came with the pack resembled the three very different places in the world: France, China and Egypt. Not only did all three worlds bring a variety of fitting assets, they had unique gameplay and distinct behavior. Whilst some players might argue that the worlds portrayed a little bit of a touristic stereotype, it really showcased the possibilities The Sims 3 might offer in the future.

The Sims 3 Expansions, Create a World and Store

Although Maxis continued to drop new worlds with the following expansion packs, most of them resembled places that you mostly would describe at ‘Americanized’. In general all expansion packs besides The Sims 3 World Adventures and Island Paradise (inspired by the Caribbean) came with their own Americanized worlds.

However with the introduction of The Sims 3 Store it all changed. Worlds with a little more flavor and cultural representation made their way into our Sims games. Ten additional purchasable worlds in total blessed the Sims 3 era reaching from Icelandic Aurora Skies, over to Italian Monte Vista. Even specific time periods like the Roaring 20s in the world Roaring Heights or fictional places like the fantasy-medieval Dragon Valley were covered by the Store. Whilst without a doubt these store worlds were overpriced, they served more diversity and reduced the lack of representation and improved storytelling.

Only half a year after The Sims 3 came out Maxis released a free tool, The Sims 3 Create-a-World. Without a doubt this tool turned The Sims 3 into the full sandbox simulation game that we all know and love so dearly today. With the introduction of it ‘world creators’ started creating custom worlds inspired by real and fictional places, creating unique experiences for the players. Even to this day this tool is being used as it’s that popular among The Sims 3 community.

The Sims 4 was a major step backwards

When The Sims 4 came out I was surprised how much ‘sandbox’ was sacrificed and how confusing the design decisions were. Community and residential lots were ‘locked’ to specific areas. All of the lots were flat properties. None of the lots were placed directly next to each other and the surrounding world was very ‘as-is’.  You couldn’t really change anything about its appearance. Even though without a doubt the environment team did a great job on the set-dressing it really showed that in the end it was set-dressing. Especially if you zoomed out too far, flat textures would appear. The whole neighborhood was small and the creativity had its limits. In addition the base game worlds in The Sims 4 wereinspired by New Orleans and Arizona. Two worlds, that were heavily ‘Americanized’ resulting in people from outside Northern America feeling alienated by it.

Shortly after the base game update we got another free world, Newcrest. In addition the first expansion pack The Sims 4 Get To Work provided the world Magnolia Promenade. Unfortunately all these worlds felt the same which was mostly because of their overly re-used assets from the base game worlds. It has always been the same trees, foliage, street lamps, textures, etc. in these worlds. That has been and still is a reoccurring pattern causing most of the worlds feel like they’re all too similar and not distinct enough.

For the first few years it didn’t get better. Worlds like Windenburg from The Sims 4 Get Together were meant to resemble Europe. Not only would European Sims players have to pay for a European-inspired world, the world itself was an abstract hodgepodge of European architecture and culture. At the end of the day Europe isn’t just tudor homes and cafés. After several years of more packs and even more ‘Americanized’ worlds the Sims Team released the South American inspired jungle world ‘Selvadorada’ that came with The Sims 4 Jungle Adventures. A few years afterwards the tropical Polynesia-inspired island world ‘Sulani’ got released with The Sims 4 Island Living. Players from Asia had to wait even more than 5 years into the game to get somewhat represented by the world Mt. Komorebi that came with the expansion pack The Sims 4 Snowy Escape. The world was heavily inspired by Japanese culture and was reflected in the local Sims, their outfits and the new behavior.

As of the current state, Mt. Komorebi was the best effort from the Maxis team in making a world that represented a specific place (Japan) and not a mixture of a variety of places. It’s arguably one of the most representative worlds to date.

What should we expect in the future?

In recent community surveys the Sims team presented some world suggestions, e.g. Brazilian Beach Town, South African City, Greek Islands, Scottish Highlands or even Italian Vineyards. Looking at how the Sims team has worked on recent updates especially improving the representation in the game it is very likely that more diverse worlds are coming to The Sims 4.

Gernally I wished not all of these worlds would be locked behind an additional paywall. A fourth free world as a base game update with its own distinct theme would be very appreciated. In addition having the brand new branch of ‘Kits’ that were introduced recently I’m wishing for World Kits with new lots, new assets and especially some more cultural representation from across the globe.

The Sims Team needs to understand that creating worlds from across the globe should be an opportunity to show the players the beauty of the whole world. There should be an educational approach by introducing the players to diverse and fantastic places from around the world, showing us that there’s more beyond the horizon in front of us. Maxis needs to stop being so American, when creating new worlds.