Although it was originally set to end sometime in 2012, The Sims 3 Store “Refer a Friend” program was restored through 2013. According to the Google Cache of the page, it was set to expire July this year.

As of this moment, the “Refer a Friend” page redirects to the Store, which pretty much confirms that they have officially retired it for now. Perhaps we’ll see a reboot sometime in the future? 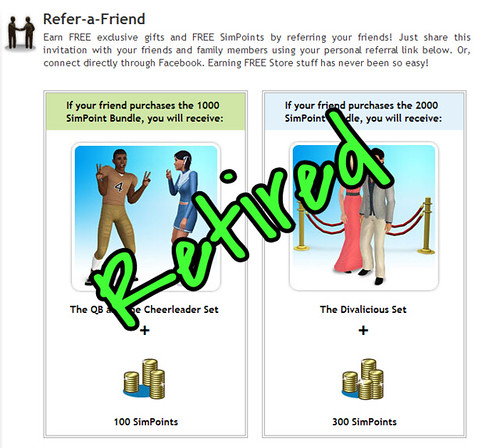