Is Something 'Spooky' Coming to The Sims 4? | SimsVIP

Thanks to a sharp eye by forum user elelunicy, we may have our next clue as to what type of content we can expect for The Sims 4. Is something “Spooky” headed our way?

According to a project list by EA Localisation Tester, Marcos de Lima, “The Sims 4 Spooky Stuff” is one of the projects Marcos was working on. (Note: Marcos has since deleted this bit from his Linkedin profile, but we have preserved a screenshot of his profile here)

Game content that was referred to as “Spooky” was first mentioned during an EA broadcast, where it was stated that you could “throw a spooky costume party” if you were part of the premium membership. Game content that has already been released was also mentioned in this membership reveal, which makes it highly likely that this “spooky” stuff, whatever it is, will make its way to the game at some point.

It’s also noteworthy to mention that there are several “spooky” related game icons in the game files, as well as plenty of code strings to indicate that this is something that has been planned for some time. (See here for game code text)

Will Spooky content for The Sims 4 be released in time for Halloween? No one knows for sure, but we definitely know SimGuruGraham is a tease. 😉 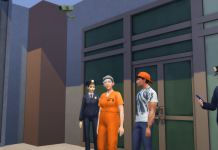 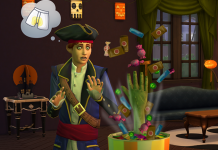 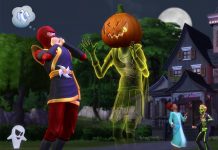 The Sims 4 Spooky Stuff is Coming To Consoles October 2nd