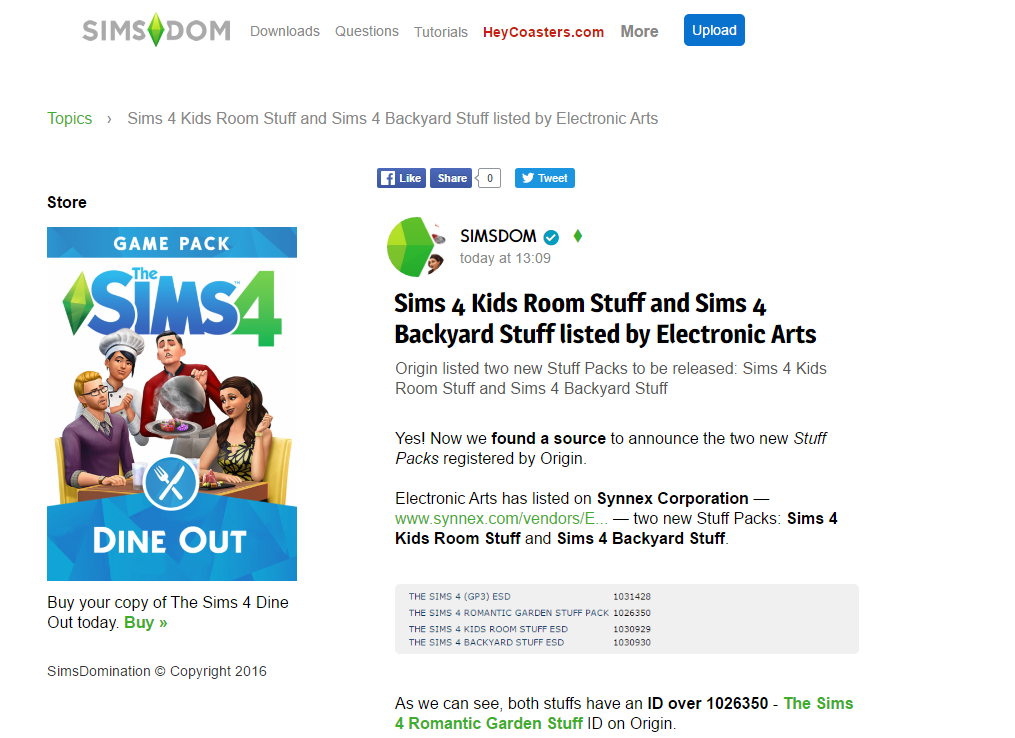 As reported by the ESRB, this all but confirms our suspicions that the next stuff pack coming out later this month will be named The Sims 4 Kids Room Stuff. As for “Backyard Stuff”, we’ll just have to wait and see. Until we have official confirmation from a verifiable source, we’ll just chalk it up as rumors and speculation.