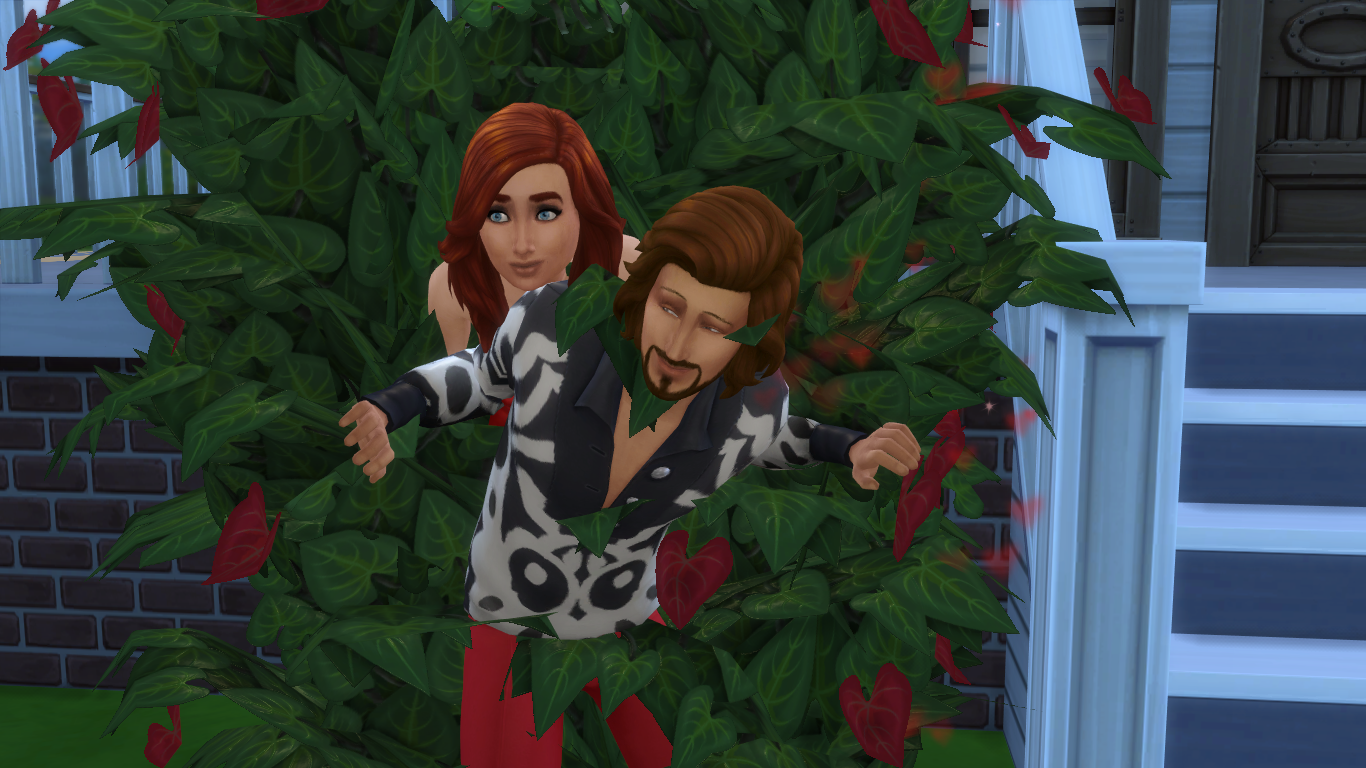 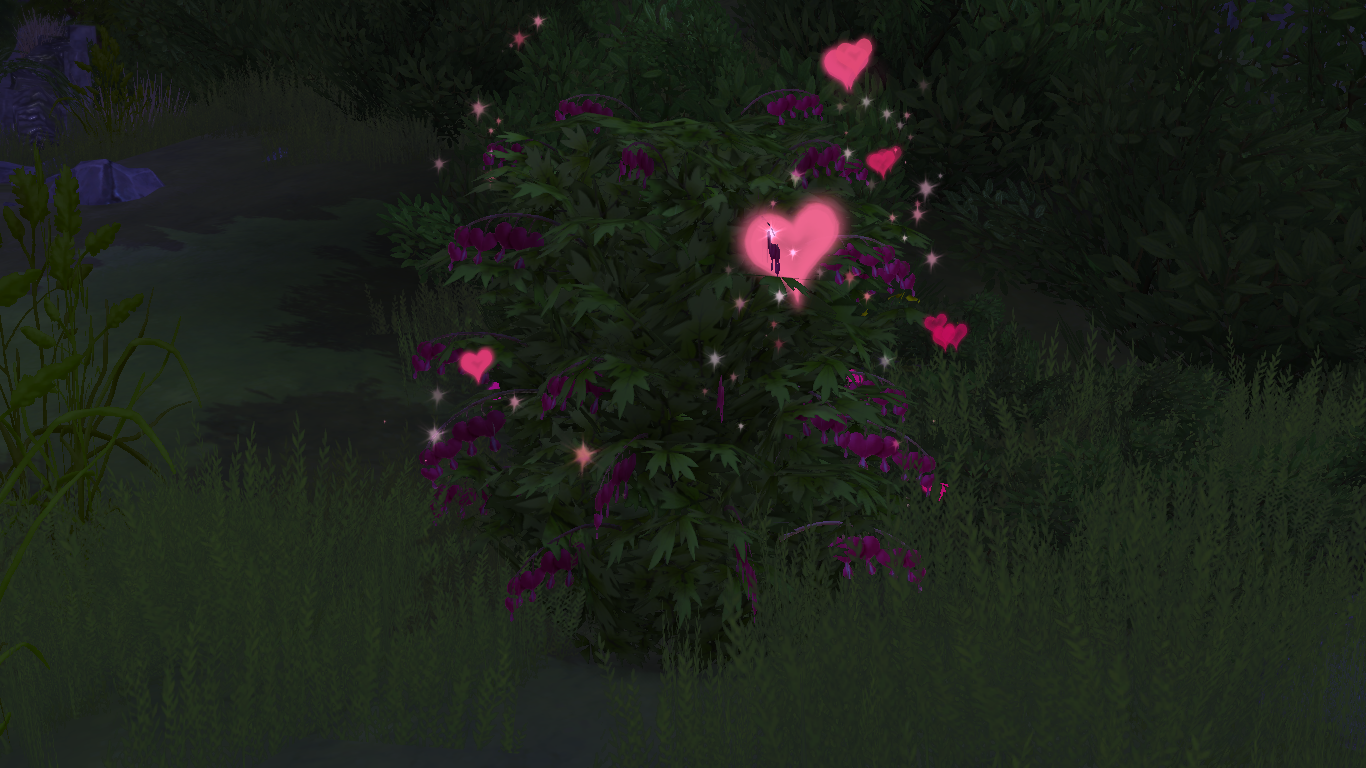 A sumptuous, verdant bush in which one can adorn to their lot,

lies on the Windenburg land as quite a convenient spot.

It is a pragmatic treasure that’s in the great, vast Build Mode,

which is the origin of this organic, heartful, Party Bush ode.

It’s presence in nature may at times be only scene,

but within it holds more than just its luscious green.

In all that is known, they stand with considerable grace and beauty,

but it is also a tool for one’s needs, like when nature calls for duty.

When alerted in the Bluffs without a facility in sight,

a Sim can only contain so much power and emphatic might.

If one’s bladder need drops to a level of plasma red,

utilize the bush before the Sim is embarrassed, and potentially dead.

Once the vital measures of rest deplete to an exhausted state,

without a bed in vision, and the moon reveals that it’s far too late,

it may be pleasant to slither away into the backwoods of the town,

and dozing off away, dreaming of plumbobs and the Tragic Clown.

But the most desired use of the leafy brush containing hearts,

is exploiting the passion that can only occur at these certain parts.

Meet another Sim in its foliage for inconspicuous WooHoo,

but be aware of what lies inside, like sleepers or doo-doo!

So rather than reluctantly exiting a Get Together event too soon,

the reliable Party Bush is present beneath the sun and the moon,

making it a marvelous location for many as a last resort,

or as a first if Simoleons are short.

for always be there at the most desperate of times. 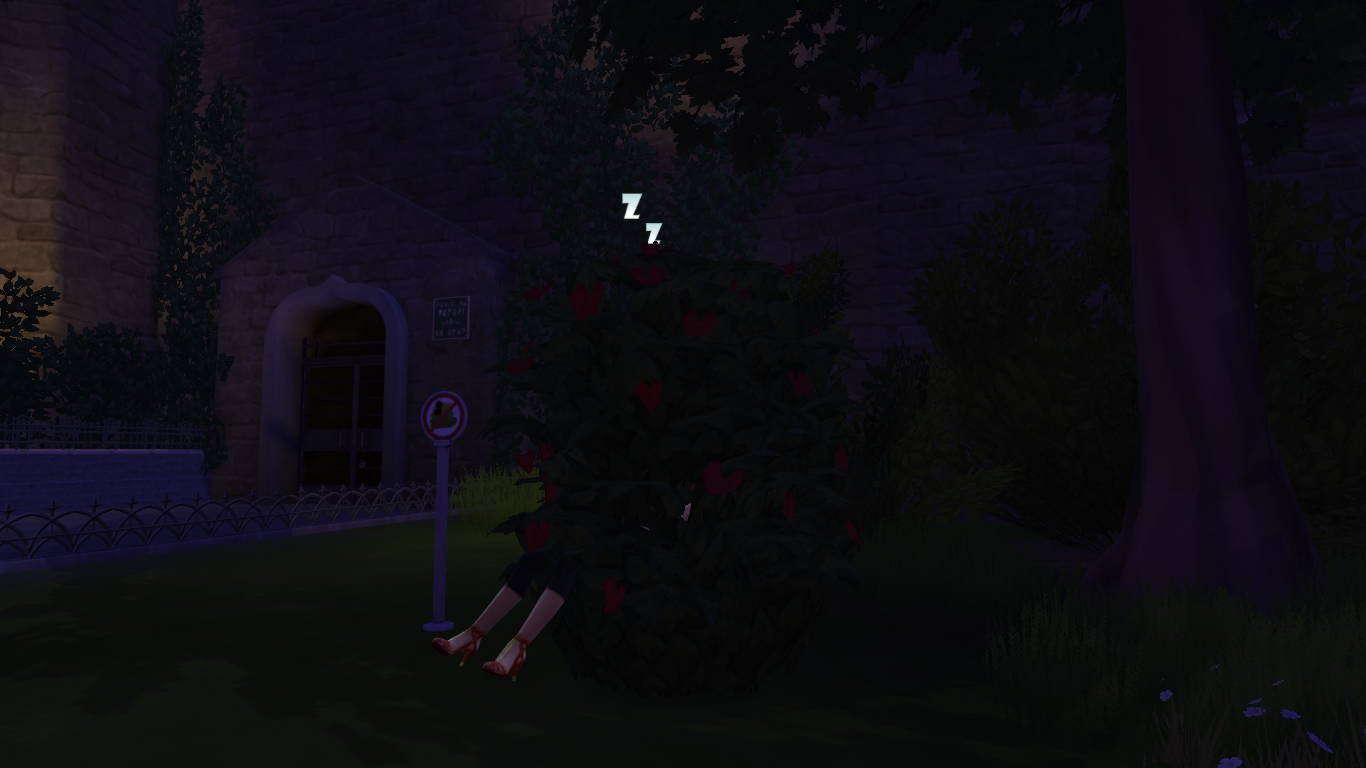