Fellow community simmer TheSims4TBAF shared a conversation they had today with an EA customer support agent. During this discussion TheSims4TBAF asked whether Seasons was coming to The Sims 4, and the agent responded with the following:

“The developer team are working on Sims 4 Seasons. You would get notified once it is out.” 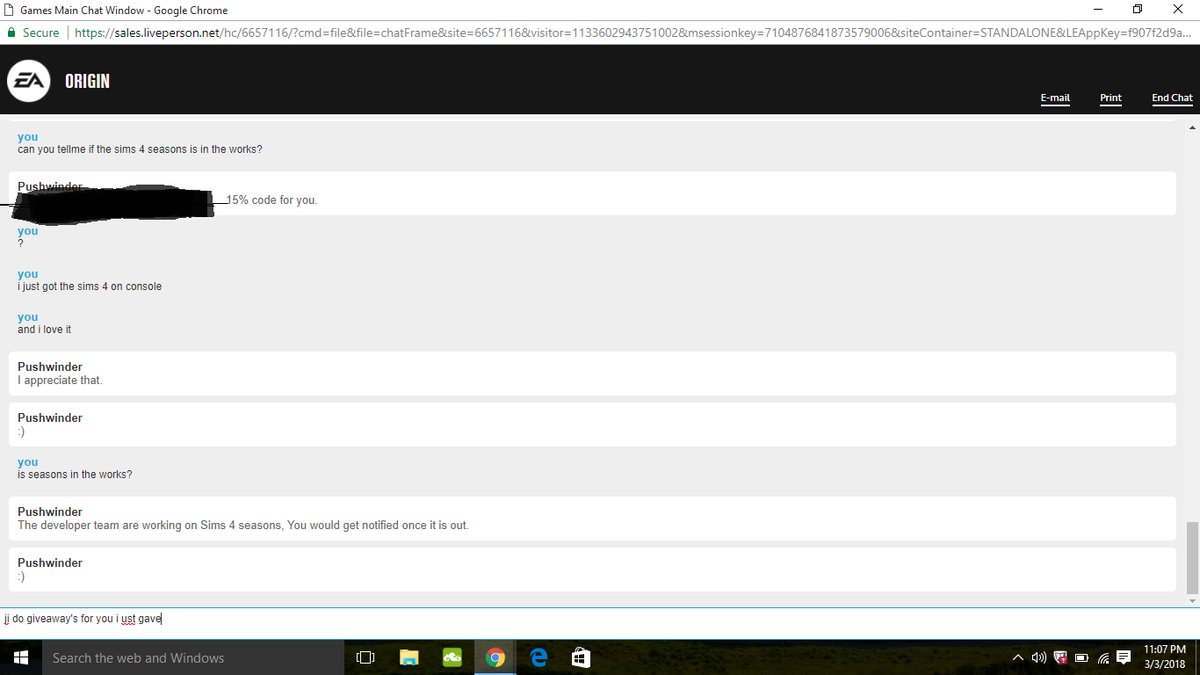 Now before we jump on the Seasons bandwagon, let’s make a few things clear. Most people who work as service agents for companies as large as EA, probably know very little when it comes to what the developers are doing. However, based on the fact that most of Sims 4’s leaks have come from internal sources, this may very well add to the numerous other hints and speculations for Sims 4 Seasons.

Gurus have already spoken about Stray Pets in the cold, they’ve quelled rumors about how they would implement weather in the game, and there have been plenty of hints in the most recent game releases. EA France even tweeted that EA Play will bring info on the future of the game as well.

That aside, until anything official is announced by Maxis or EA, take this new information with a grain of salt.