The Sims 4 currently has 14 stuff packs, six game packs, and six expansion packs. And through them, they each have a different theme, whether it be about exploring the jungle, becoming a vampire, or raising a family.

When looking closely at the expansion packs, though, could there be more hidden in the gameplay interactions? Does each expansion pack’s theme have a subtle reference that the Sims team are subtly making reference to?

Well, by closely analyzing the component of each expansion pack, I have formulated a new theory about why each pack is the way it is…

Could the expansion packs released for The Sims 4 be a commentary about the seven deadly sins?

The Seven Deadly Sins reference a concept of different behaviors that are considered to be dangerous or immoral. These sins include envy, gluttony, greed, lust, pride, sloth, and wrath. And through my research about these sins, I have found that maybe each expansion pack released for The Sims 4 is a representation of one of each of the sins. And here is what I think each pack represents:

Get To Work: Sloth 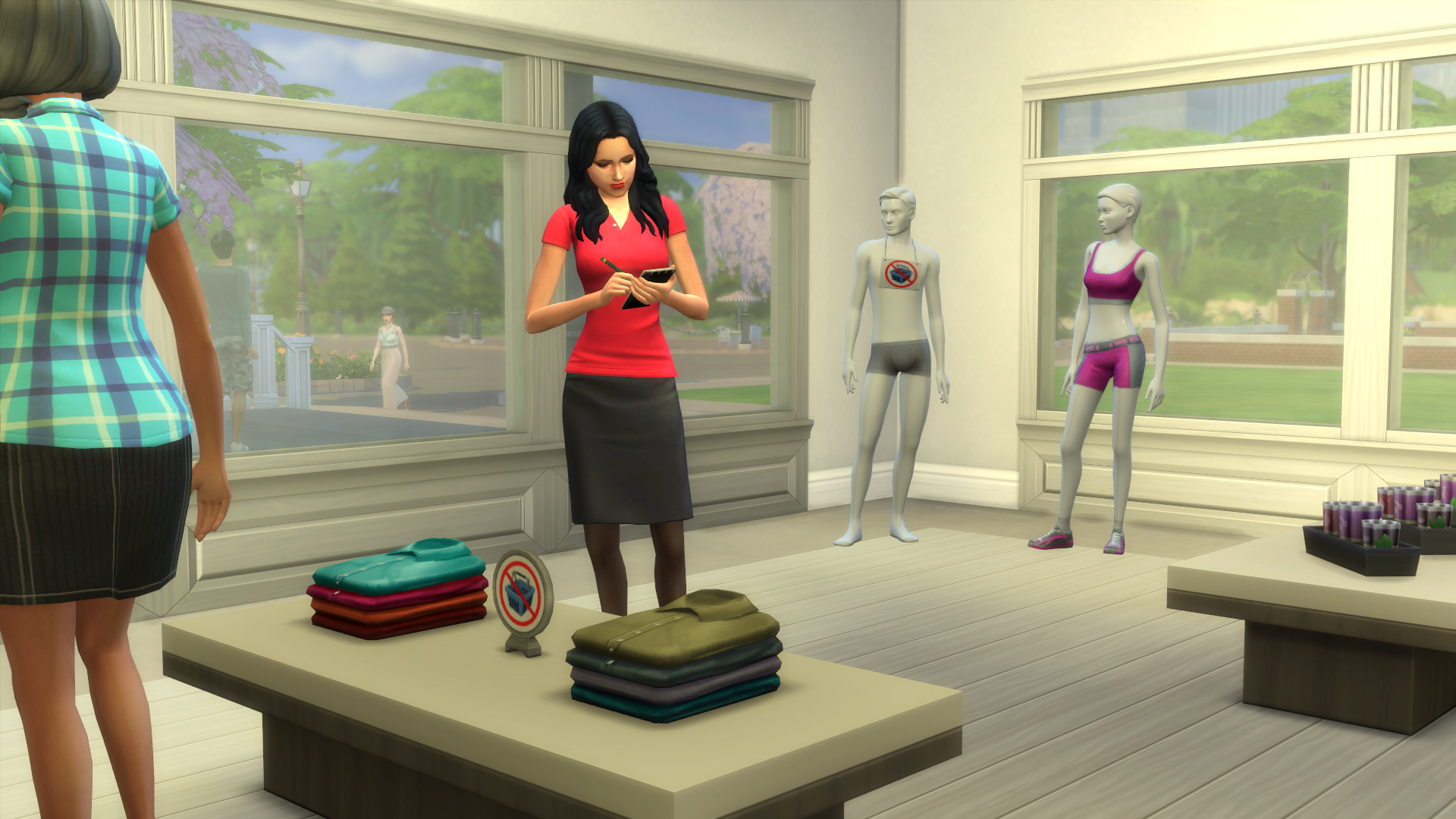 The main theme of Get to Work is in its name. It’s all about building up a career to become successful in a certain field of work. In this expansion pack, your sim can become a doctor, a scientist, a detective, a retail store owner, a baker, or a photographer.

So where does this play into the Seven Deadly Sins? Well, this one might just be the easiest one to assign a sin to. If your sim chooses not to be in the work force and doesn’t do anything productive at all, they could be considered lazy. Or, as the Seven Deadly Sins would call it, sloth.

More often than not, in order for your sim to become successful and wealthy without cheats is to work hard at a particular skill or career. If your sim instead decides to not work towards any progress, they’re not going to climb up the social ladder very quickly. So, all in all, you could say that Get to Work is a commentary about the ethics of hard work can take you far, and that performing sloth can make you fall in the ranks. 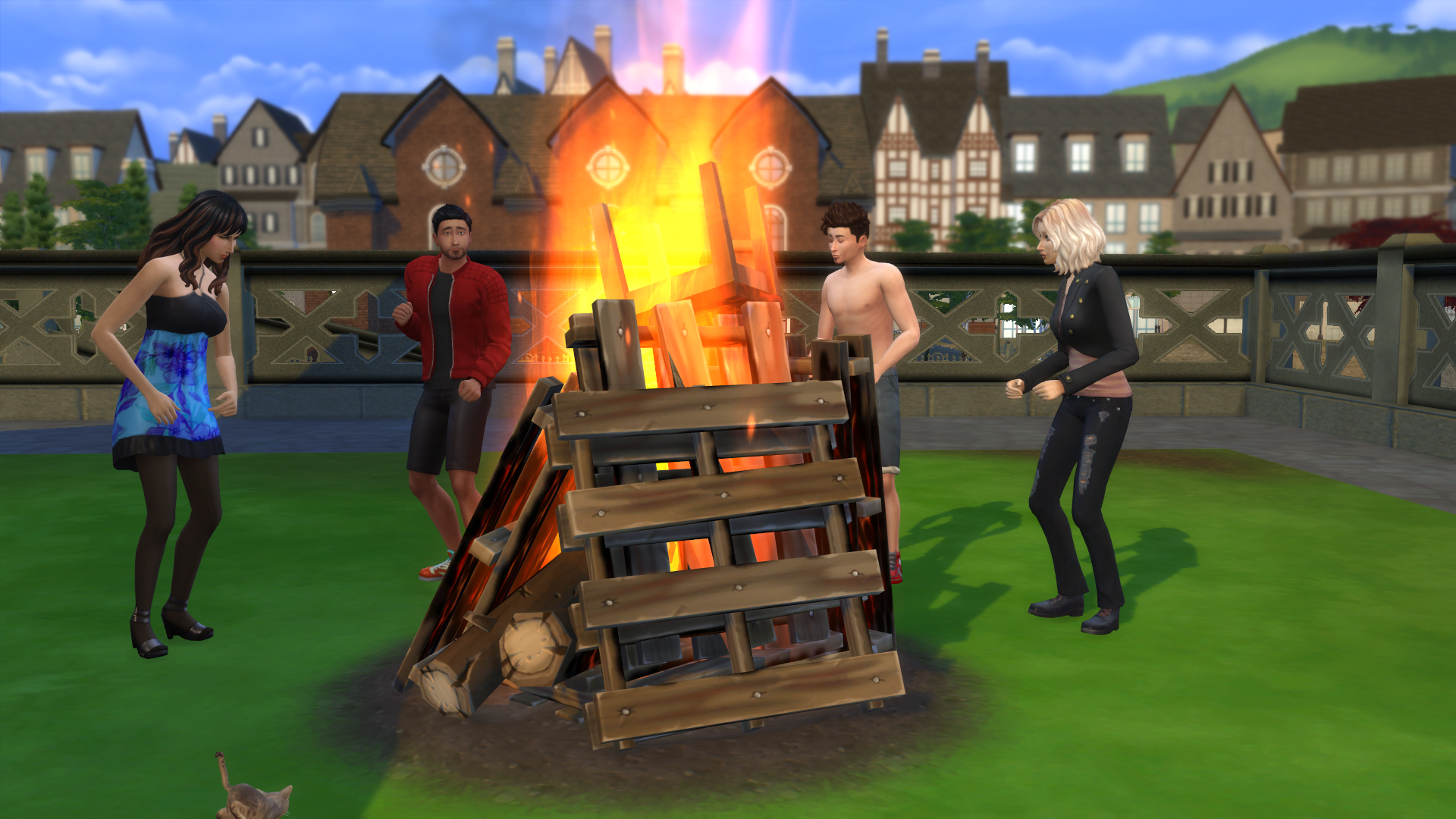 The main feature that comes in Get Together is the club system, which lets you interact with other sims like never could before by forming social groups to do all sorts of activities together. When forming these clubs, though, cliques can form fast, which might cause division between groups. So for your sim to show their support for their club, they can wear club-themed clothing, enter exclusive rooms, perform secret handshakes, and even upgrade to become a feared, infamous group.

When it comes to aggressive club behavior and tension between groups, this can fall under the category of pride. According to the Seven Deadly Sins, pride can be seen as when someone feels like they are superior to someone else because of their status or selfish beliefs. And what can make someone feel like they are better than someone else? Being in a high-ranking club.

If your sim has too much pride in their group, they could end up acting bitterly towards others, simply because they are not at the same status they are. So maybe it’s best to step away from the clique culture of clubs to keep your sims from getting an inflated ego! 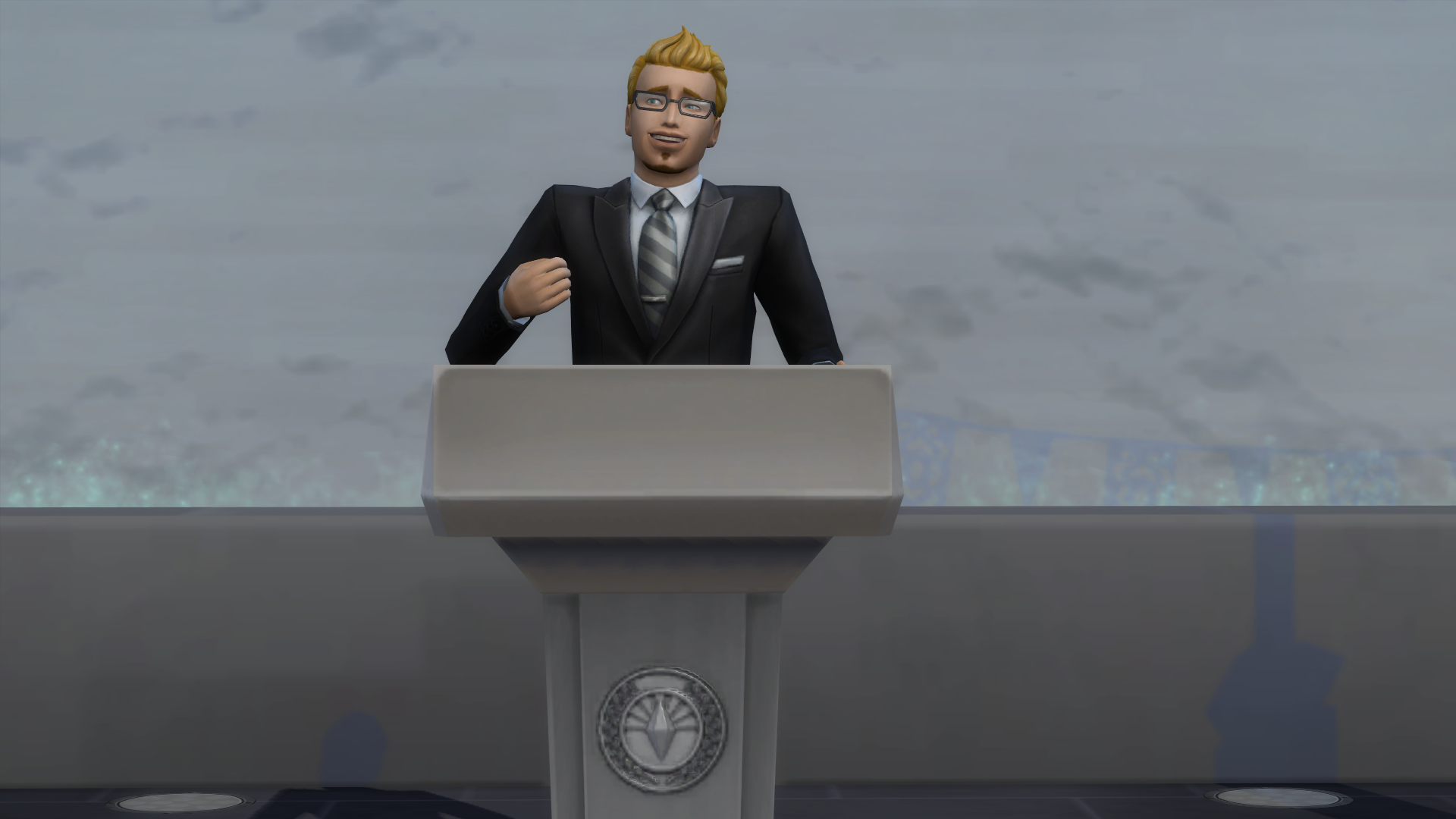 City Living introduces us to the city of San Myshuno, where sims can have fun at festivals, experience urban culture, and pursue different careers such as the political career or the social media career. For the political career in particular, your sim can become a community organizer or, if your sim is truly ambitious, the leader of the free world.

In order to get to the top of the politician branch, though, your sim will have to specify their ethics and determine how they want to rise to the top. Will they get the vote by spreading kindness, or will they steal their high-ranking political position by lying, cheating, and stealing?

If your sim chooses the latter method rather than the former, this would be a classical example of greed. Pushing others down so you can make it to the top is a major sin. Your sim might gain the power and wealth they crave, but would it really be worthwhile if they achieve that in a slimy way? 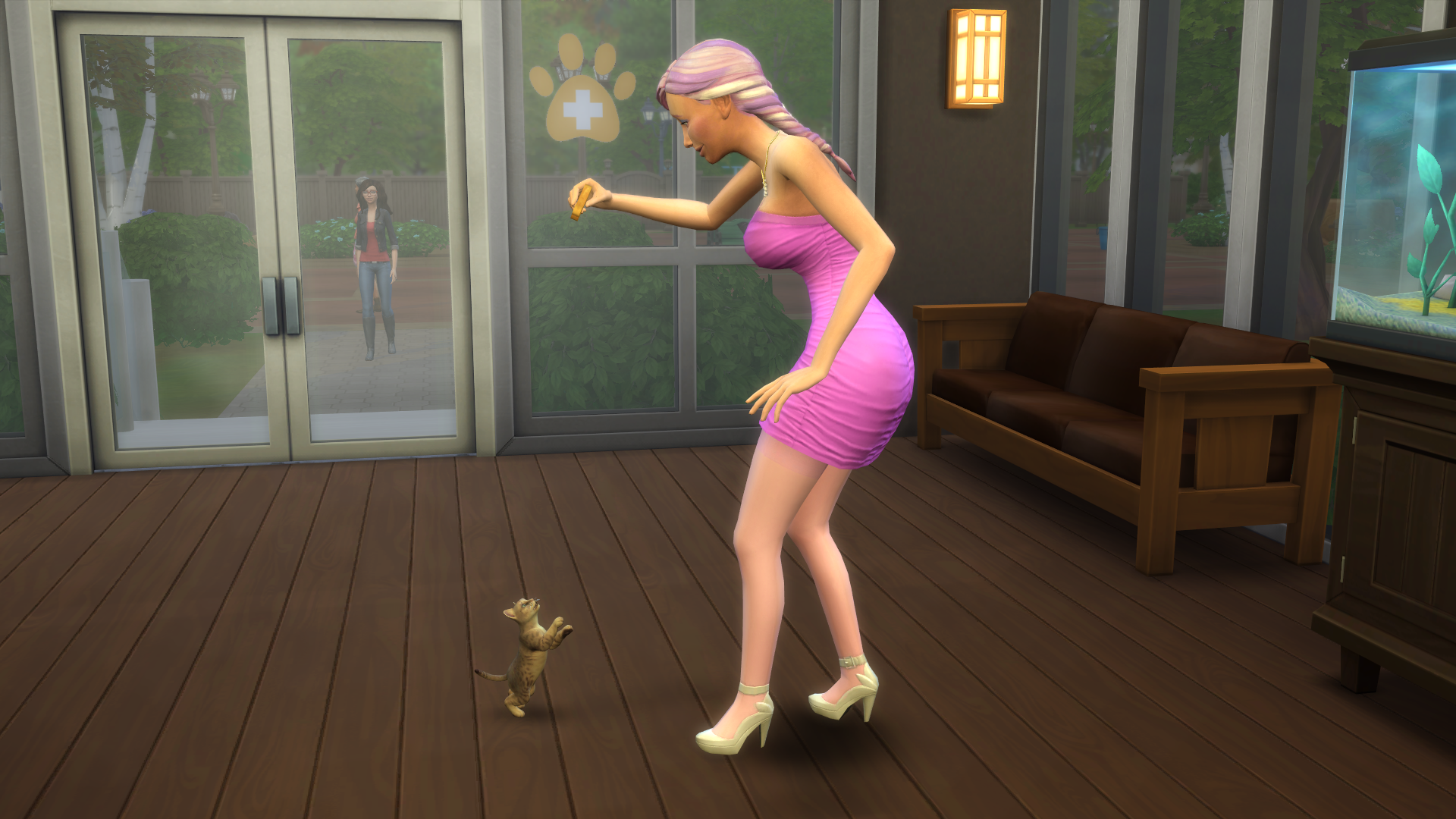 In Cats & Dogs, your sims can bring their furry friends to the vet clinic to get them checked up and to help them when they are sick. Besides some typical pet procedures like administering shots and surgeries, sims’ pets can also be treated with a specially crafted or purchased pet treat to make them feel better… or worse.

Certain treats can cure a pet’s symptoms, but if they take a bite of something bad like swampwater taffy or a scorching cinnamon chew, they can actually become sick. So what could this possibly be saying? Gluttony can be dangerous.

Overindulgence is a sin that can be related to having too much of an excess of something, which could instead be given to somebody who actually needs it. And as shown by these dangerous pet treats, gluttony can have dangerous repercussions. 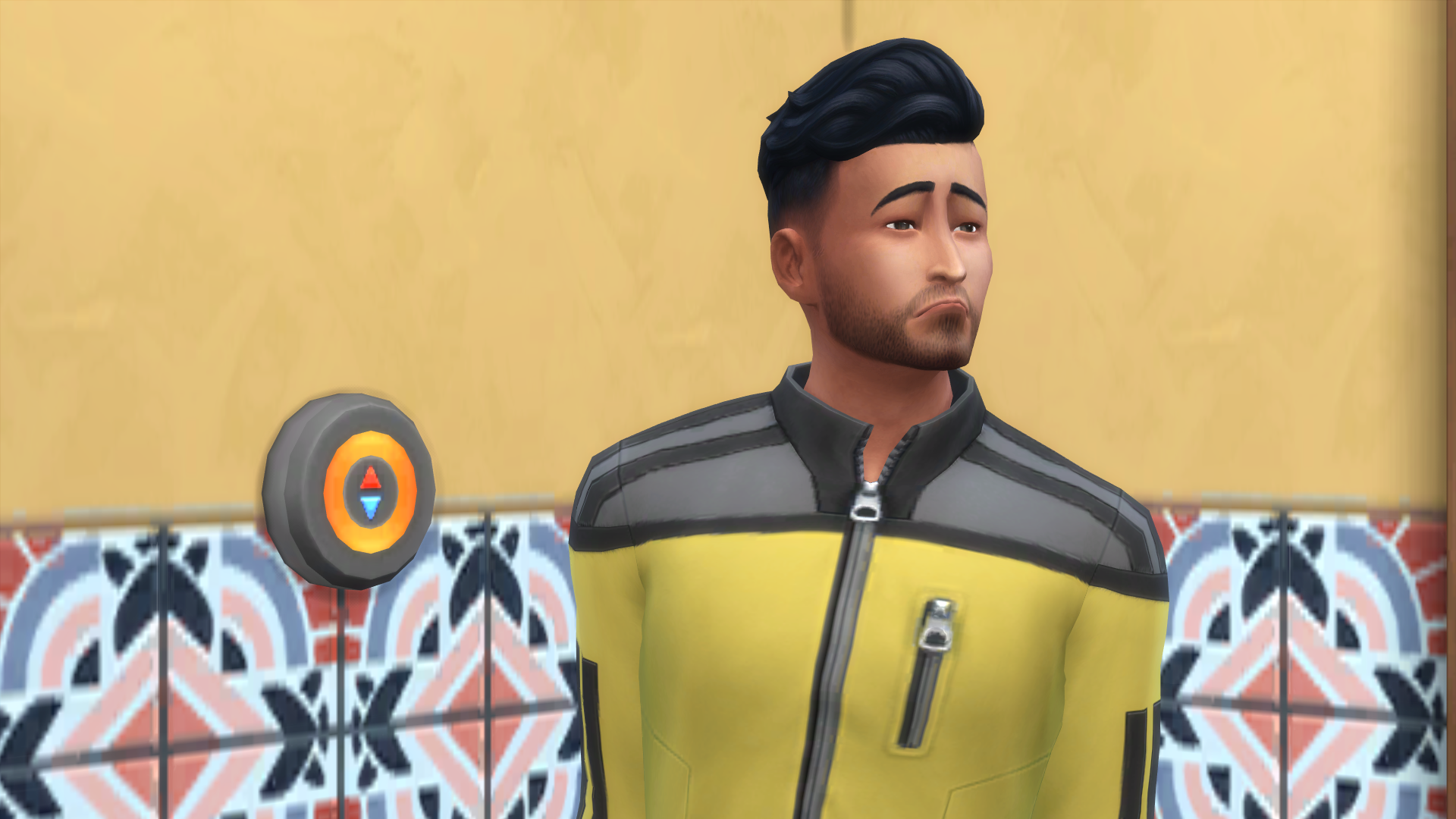 On the surface, Seasons looks like a wholesome expansion pack that is filled with holiday cheer and wonder. While that may be true, it could also be filled with underlying tones of revenge.

A new feature introduced in this pack was the thermostat. And with it, your sims can heat up their home during the wintertime, or cool down their home during the summertime. But what if someone wanted to use the thermostat as a device of revenge? If a player wants to, they can simply lock an enemy sim in a room and make it either unbearably cold or unbearably hot, which could have fatal consequences.

This type of revenge can fall under the category of wrath, which is a sin that derives from becoming threatening out of anger. And in the case of misusing the thermostat, it can become deadly. Being able to control the indoor climate (or even the outdoor climate, with use of the weather machine) can be very powerful, and can be used for both good and evil. 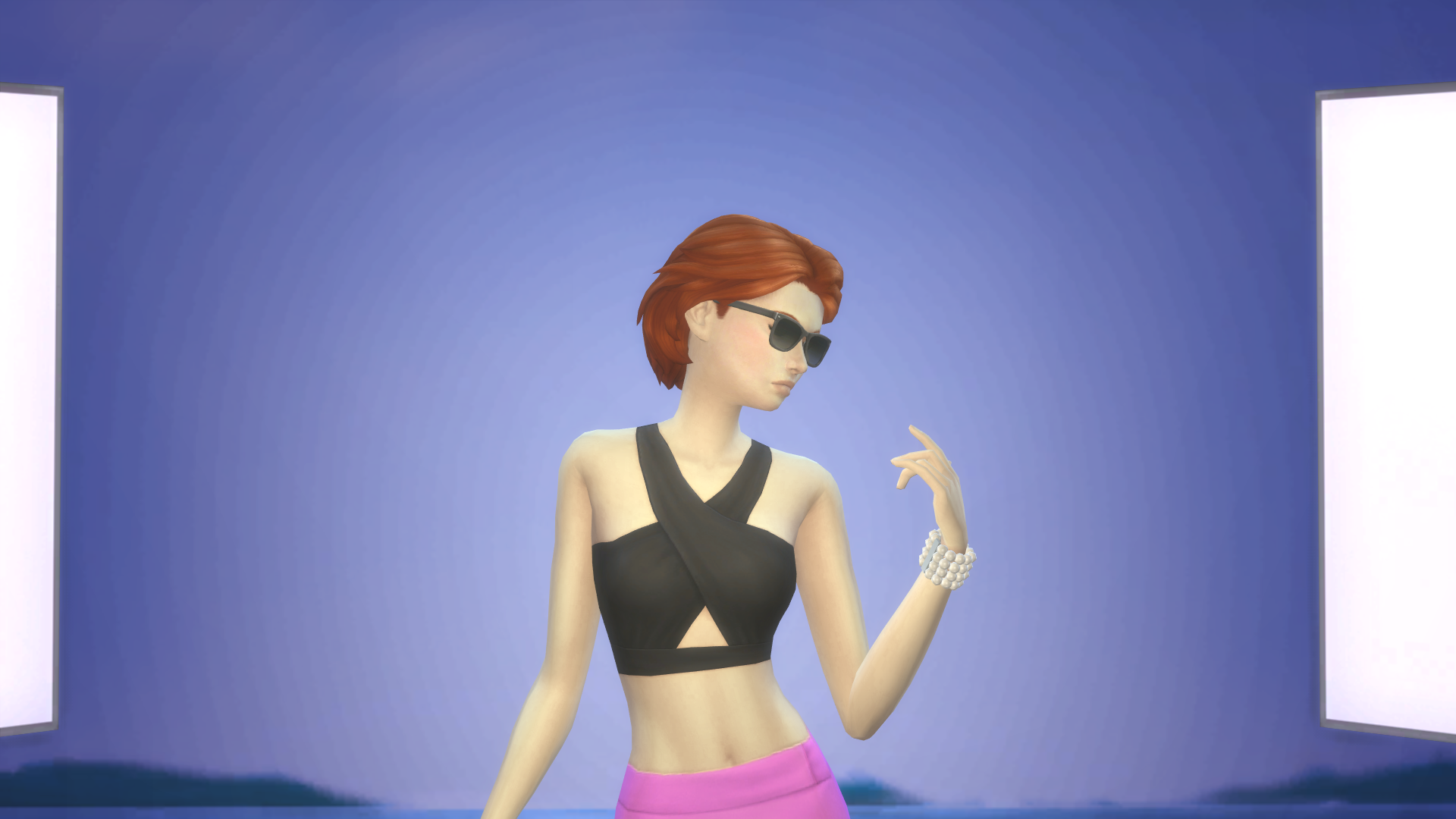 The upcoming expansion pack, Get Famous, allows your sims to rise to fame and become a worldwide icon. Whether its done through acting, singing, or some other career path, they can become a sensation, making fans be in awe when in in the presence of your celebrity sim.

When it comes to being famous, it seems like the whole world is envious of your sim. However, this deadly sin, envy, can be worse than it appears to be. A sim being so jealous and consumed with wanting to be a celebrity can drive them to want to become a star, but in reality, not every sim is able to reach that status. Having such thoughts can distract them from their own everyday life, which makes them more worried about some celebrity in Del Sol Valley than themselves.

Envy is a sin that can affect any sim, and in Get Famous, that is inherently prominent. 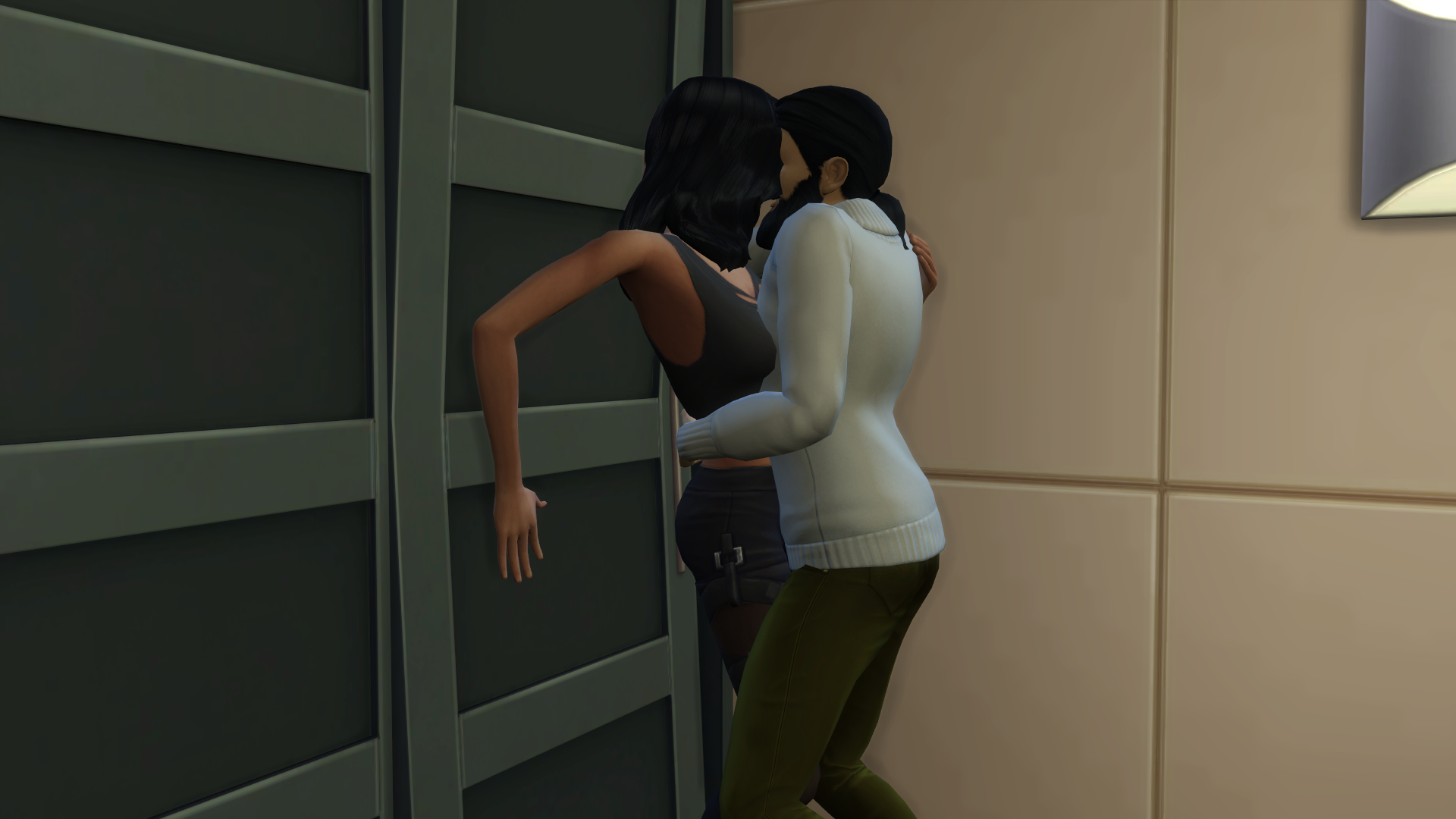 So if the Seven Deadly Sins theory is true, that means that we have one sin left, which is lust. This sin is all about an intense desire for something, which usually is depicted in a romantic sense.

However, maybe Get Together could fit the description of lust. After all, sims can just casually WooHoo in bushes and closets without consequence. And they can even create clubs where all they do is perform romantic interactions with anyone, no matter what their relationship status is. If that is the case, that would mean that when following this model, the next expansion pack would have to do with pride. Hmm…