The following article contains spoilers of the storyline in the StrangerVille Game Pack. Although some plotlines are of original creations, all turning points were directly extracted from the game. Readers who do not wish to know about the game’s storyline are advised to turn away from this article. Perhaps you would like to know more about building in StrangerVille style?

If you’re reading this, it means that something has happened to me. I’ve set my laptop to release this journal if I fail to log in three days in a row.

I am Debra Torrez. I used to be a reporter at Oasis Weekly until they laid me off at the end of Winter 2018. Registered as a freelance journalist, I decided to roam around the desert lands to discover any news-worthy story. Weirdly enough, the biggest story I’ve ever come across found me instead, soon after I moved into StrangerVille. 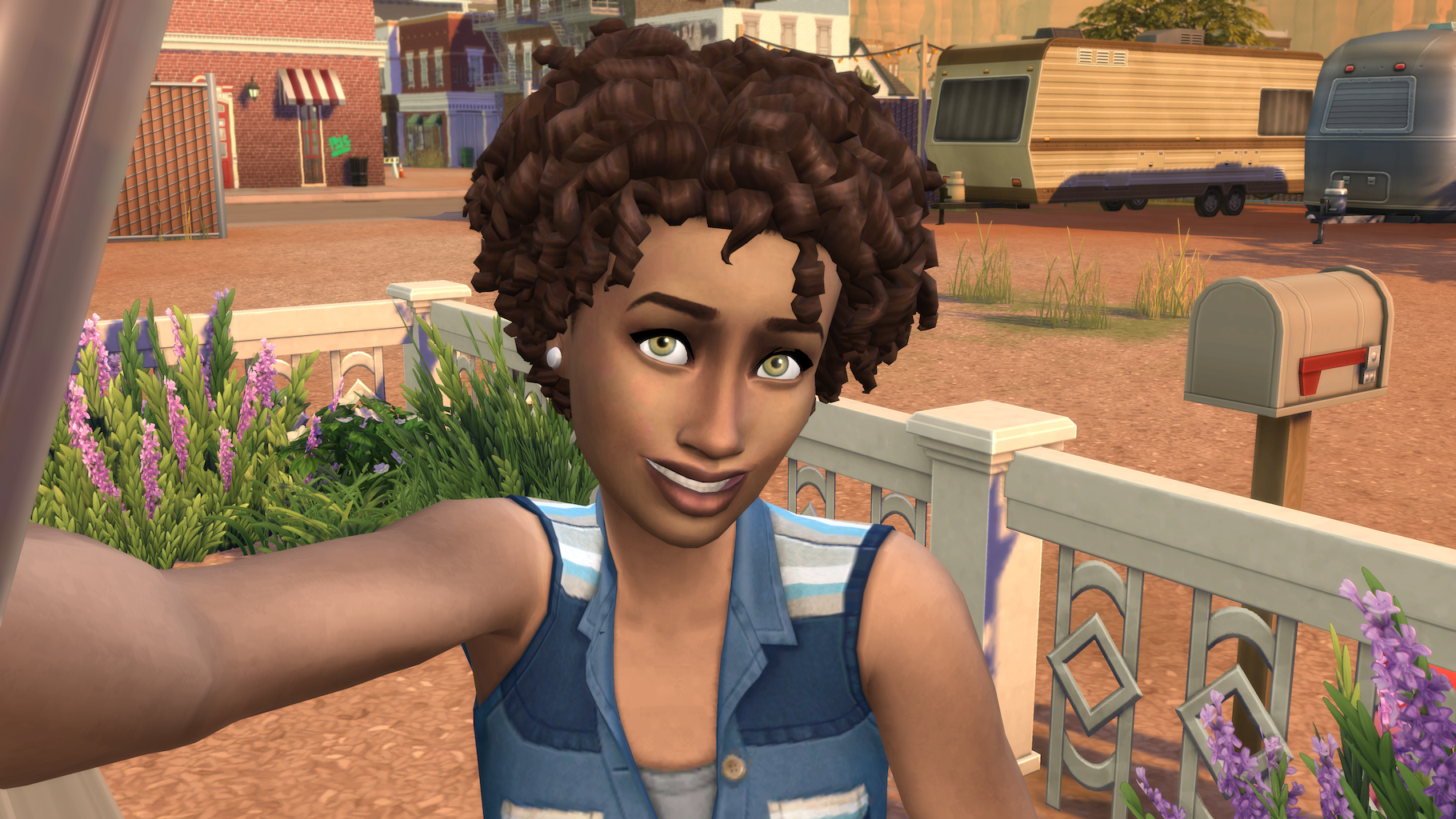 Initially. I came to this quaint satellite town of a Military base just for a stopover. I rented this grungy shack, which still has everything of the last owner, in a caravan park. In retrospect, I should’ve questioned the landlord about the dubiously low rent. But I wasn’t planning to stay long, so the thought never came across me.

Strange things started to pop up left and right on the first day. This journal is to keep a record of the unsettling events that inundate this town.

The owner must’ve left in a rush. They apparently only took one big furniture—presumably a couch—away, leaving a gap between the kitchen counter and the hamper. What’s even odder, they installed a high-tech looking air filter instead of a kitchen hood above the stove. It looks quite old though, and I wondered then if it can still operate.

While continuing to inspect the house, I had a glimpse through the front door window and saw something that startled me. Someone walking in an extremely abnormal way was coming toward the shack. The reporter instinct of mine immediately compelled me to snap this photo. 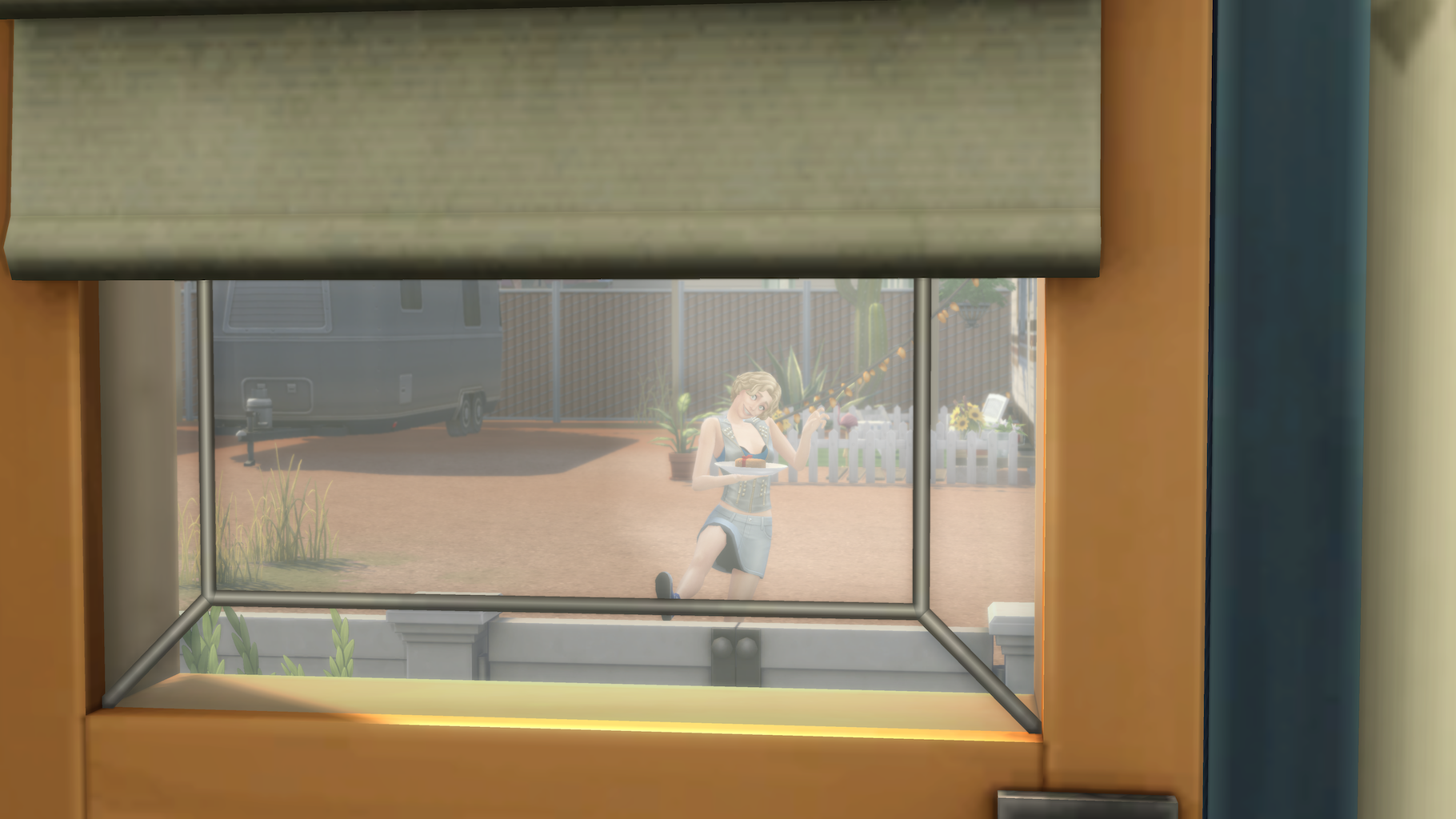 A total of three odd sims—I later learned that they live in the town—came before my porch. They all had a literal “ear-to-ear” grin, and their eyes are widely opened. I tried to talk to them, but their bodies simply snap awkwardly and mumble uncomprehensive sounds. I even tried to slap one of them but was held off by him.

Just as I was wondering whether to call the police, I noticed that they’re all heading outside. Following, I went to one side of the house where a couple of planting boxes are. Two strange sims started to plant a pair of red, glowing spheres into the dirt, the remaining one went back inside and threw the same thing into the fridge. 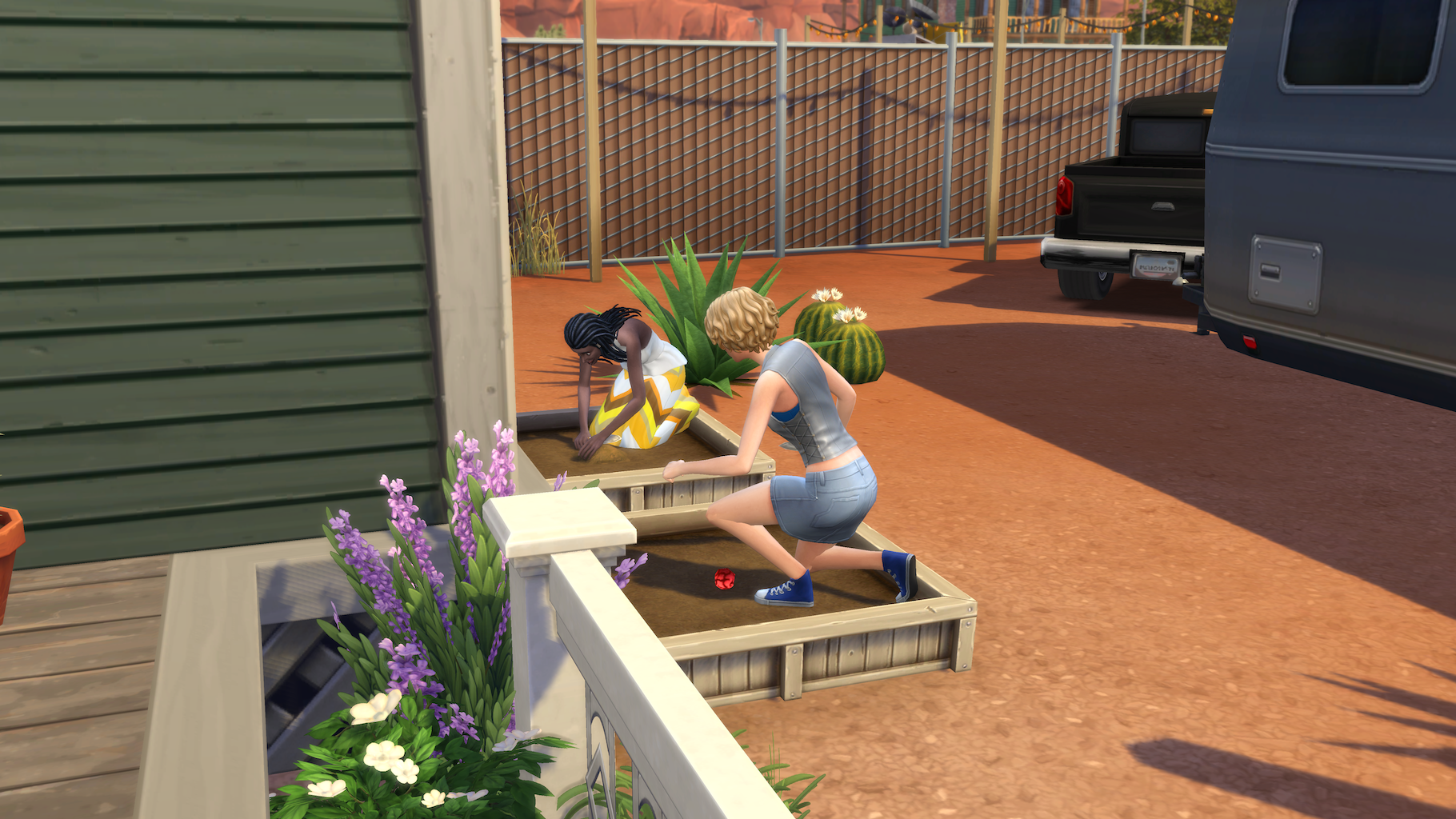 I didn’t check, let alone touch any of those “fruits” at the time, thankfully. I was busily following them around, trying to make sure they don’t sabotage the property. Strangely (or in their case, normally), they just stand in my yard cackling and giggling, appearing to “communicate” with each other. Out of fear of an attack, I observed them for the remainder of their visit from the other end of the caravan park.

The weird day didn’t end at their leaving. As I was walking back toward the rented shack, some The Bureau agents beat me to it. Ordering me to stay outside, they confiscated the fridge and the plants, leaving a note and a reimbursement. 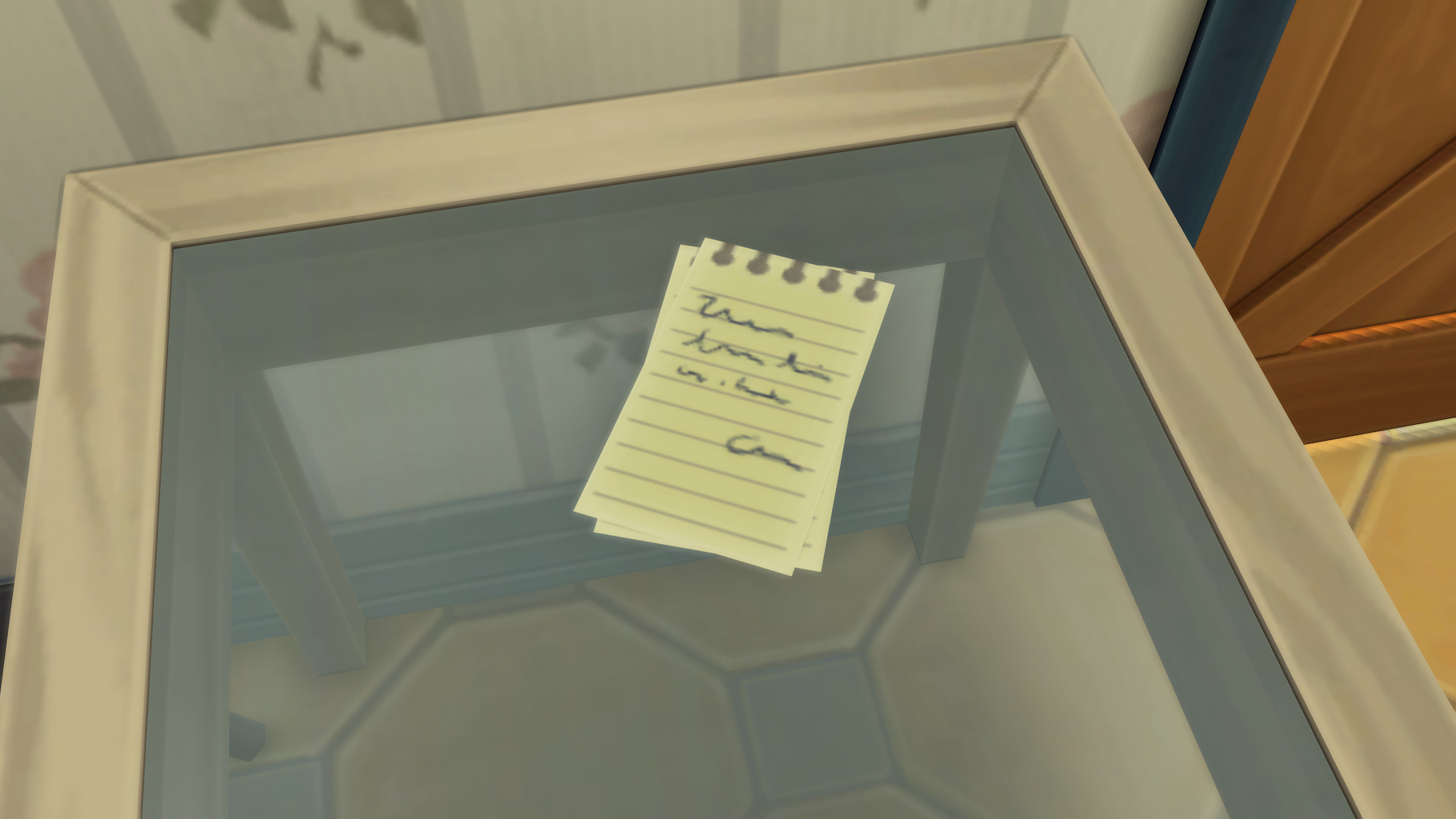 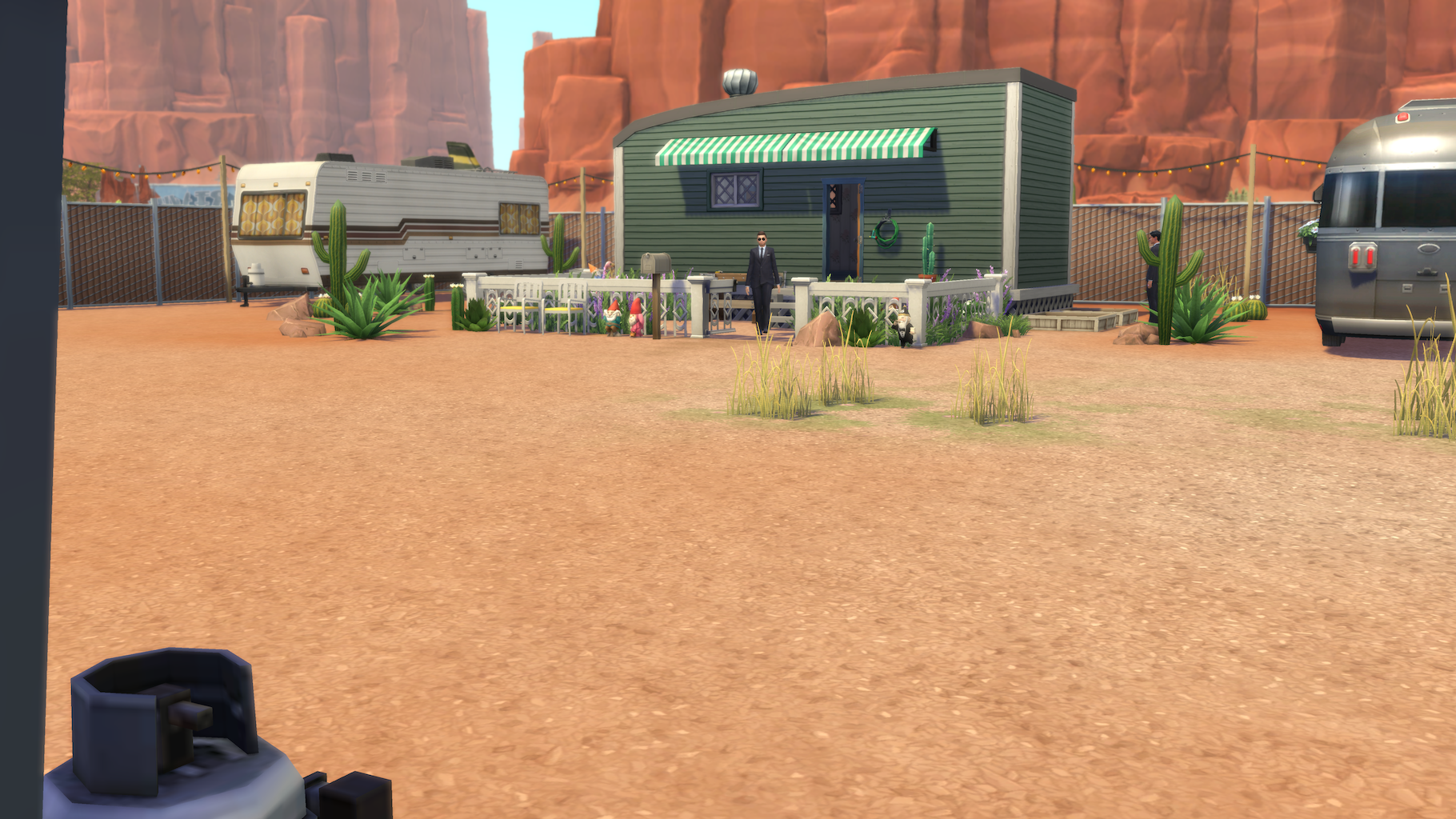 Hungry and without a fridge, I walked across the street to a local bar, 8 Bells. The bartender told me that StrangerVille has always been a military town as long as she could remember. The soldiers and officers coming in and out of the watering hole made the statement even more apparent. She did mention that in the recent year, military scientists were brought here to research something they found in the giant crater near the StrangerVille National Base; and that I should check out the town hall if I wanted to know more about the place.

Coming back home, I threw away the fruitcake those neighbors had brought me. Creepy dishes from creepy sims are never to be trusted. Now, I am sure that I’ll be staying longer than planned.