Electronic Arts has released the official Press Release for The Sims 4 Star Wars: Journey to Batuu Game Pack. The game is set to release on September 8th, 2020.

Adventure to the Edge of the Galaxy in The Sims™ 4 Star Wars™: Journey to Batuu Game Pack

For the First Time, Bring Sims to the Star Wars Galaxy for an Authentic Experience in the Hit Game’s Newest Game Pack, Available September 8 for PC and Consoles.

REDWOOD CITY, Calif.–(BUSINESS WIRE)–Today Electronic Arts Inc. (NASDAQ: EA), Maxis™ and Lucasfilm announced that The Sims™ 4 Star Wars™: Journey to Batuu Game Pack* is coming to PC via Origin™ and Steam, Xbox One and PlayStation®4 systems on September 8, offering players the ability to ‘play with life’ and create their own, unique Star Wars story in a galaxy far, far away.

The Sims 4 Star Wars: Journey to Batuu is set on the remote planet on the edge of Outer Rim territories, inspired by Star Wars: Galaxy’s Edge at Disneyland Resort® and Walt Disney World Resort®. As a new visitor to Batuu, Sims will experience the authentic sights and sounds of the Star Wars universe, including the Millennium Falcon and DJ R-3X’s interstellar hits at Oga’s Cantina. They’ll also embark on exciting missions, unite with iconic characters like Rey and Kylo Ren, and get their hands on their very own lightsaber and droid. 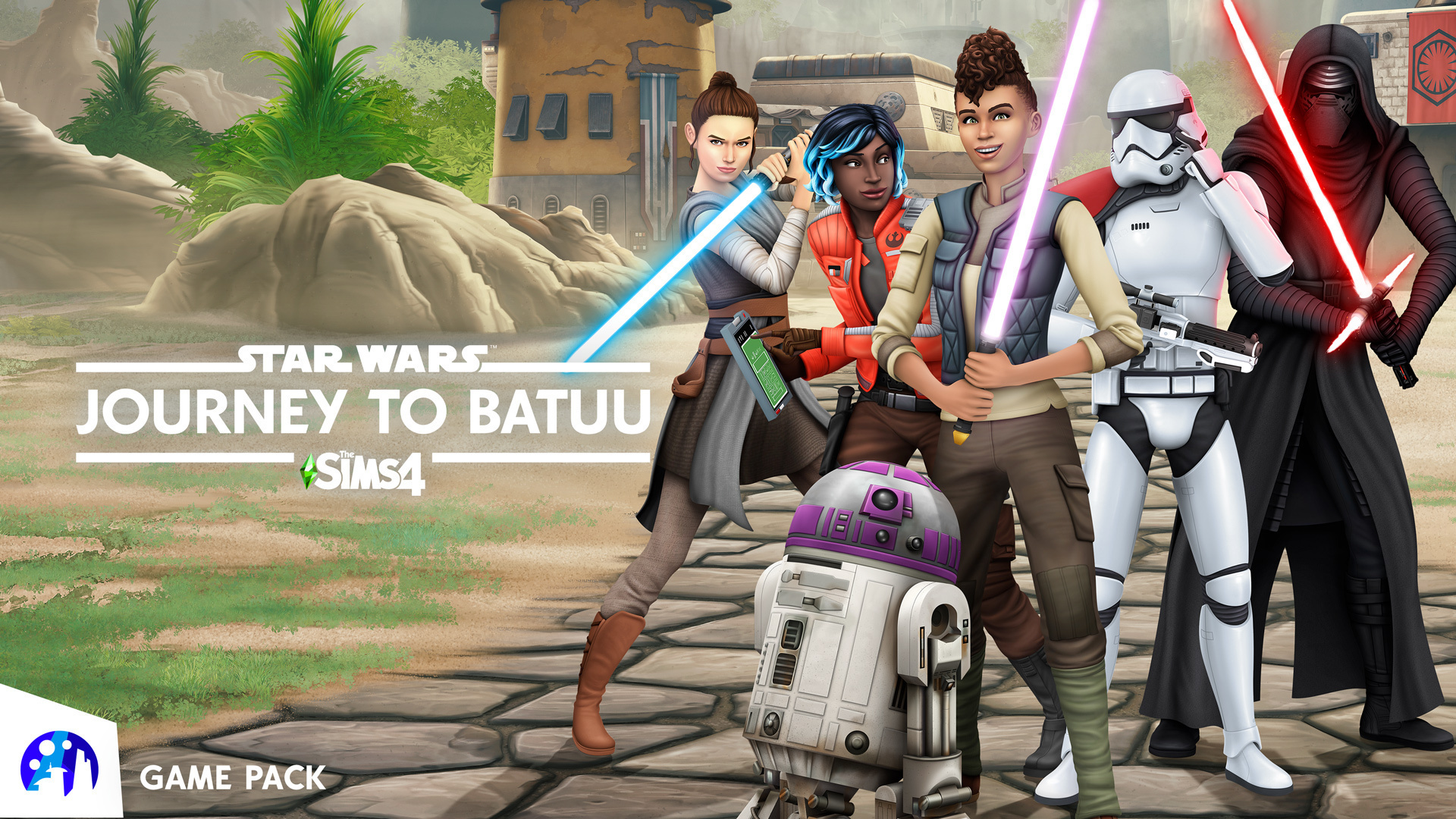 “With The Sims, we’ve always strived to create content that takes players’ imaginations beyond their limits to tell fun and unique stories in the game, and with The Sims 4 Star Wars: Journey to Batuu, they’ll be able to take their Sims on an adventure to the edge of the galaxy,” said Lyndsay Pearson, Executive Producer and GM for The Sims. “We’re such big Star Wars fans, and set out to create an authentic and immersive Star Wars experience for players that also embodies the self-expression and deep storytelling possibilities with The Sims.”

In The Sims 4 Star Wars: Journey to Batuu, players will leave their homes to travel to the planet of Batuu where they’ll have to make a choice on which faction to work with, as the actions their Sims take will lead to control of the Black Spire Outpost. Sims can choose to support Rey and Vi Moradi as part of the Resistance, pledge loyalty to the First Order under Kylo Ren or shift their focus to gaining credits with Hondo Ohnaka and the scoundrels. As Sims embark on exciting missions, they’ll increase their reputation, unlock new artifacts and one-of-kind clothing, customize their own droids and create a coveted lightsaber. After players leave Batuu and return home, they can even bring back some of these items, like their lightsaber, to enjoy with other Sims they’ve already created.

“We loved the idea of giving players the opportunity to tell their own Star Wars story, and The Sims’ open-ended form of storytelling and self-expression is the perfect platform to do so,” said Douglas Reilly, VP, Lucasfilm Games. “Our fans are always looking for new ways to immerse themselves into the Star Wars galaxy, and we hope The Sims will provide that in an unexpectedly new and exciting way, where they’ll influence the world of Batuu and find their destiny in the galaxy as they see fit.”

“The talented team at Maxis has brought the rich storytelling of Star Wars: Galaxy’s Edge to life in a wholly new way with this experience,” said Scott Trowbridge, portfolio creative executive at Walt Disney Imagineering. “Seeing Black Spire Outpost on the planet of Batuu through the unique style of The Sims is a thrill, including its authentic sights, sounds and cast of characters.”

The Sims 4 Star Wars: Journey to Batuu Game Pack is rated T for Teen by the ESRB and will be available for $19.99. Information on how to preorder is available via TheSims.com. For more information about The Sims 4, follow @TheSims on Twitter, Instagram or TikTok, like The Sims on Facebook, and visit TheSims.com.