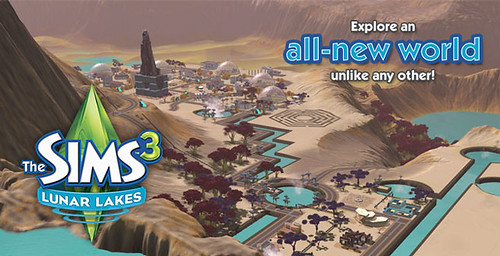 The Crystal Mine is at the heart of the storyline of Lunar Lakes. When the Sims first crash landed on Lunar Lakes they found the crystal mine they used it’s crystal tech to help begin their lives on the new world. The Lunar Lakes that you’ll see now is a few generations after the initial landing. 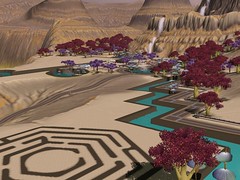 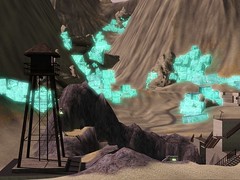 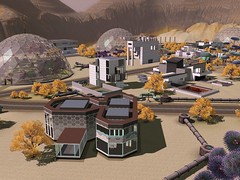 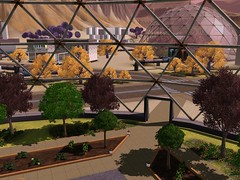 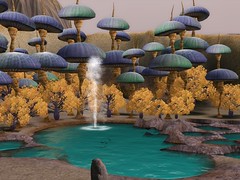 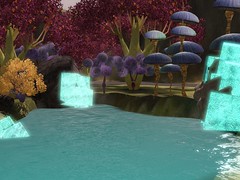 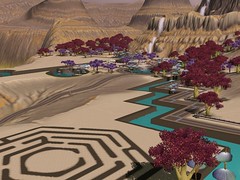 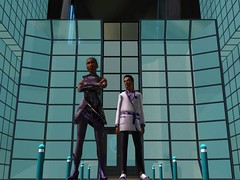 World Description: Stranded on a foreign world after their spaceship became disabled, the survivors, led by their captain Anthony Cross, utilized home well technology and foreign planet crystal tech to survive at the edge of space. As the Generations have progressed, these intrepid Sims have built roads and established a driving colony.

Exclusive Premium Content: Tree of Prosperity. Sims can eat fruits that grow on this tree and gain random skill points. Skill points can be added to already gained skills, or add brand new skills to a Sim.

Why wasn’t the name “Aurora Terra” used?: The name was not approved. Explanation by SimGuruGraham…

For what it’s worth, nobody is sitting at their desk scheming about twisting poll results to upset Sims fans

We love getting feedback from the community, ultimately the games are for you all to enjoy. That being said, depending on the poll’s question, we can’t always go with the top selection or there may be a popular poll response that we can’t implement until a later date. Our community here is also a slice of a global fanbase, and we have to take everyone’s feedback into account.

The team would have loved to have named the world Aurora Terra, but it just didn’t work out. It’s not realistic for us to approve multiple names we won’t end up using in advance of polling the community. Anytime we get approval for names, it has to pass through a worldwide legal team, and multiple worldwide marketing teams. That would mean spending time and money on something we know we won’t use, which would just be impractical. Here are a couple of past examples…

Appaloosa Plains was originally going to be Appaloosa Flats, which was rejected for cultural differences in the meaning of that word.

Late Night was originally going to be called After Dark, which was rejected due to legal concerns.

We do our best to give fans what they want, but I hope people will understand that it can’t always line up 100%. I think if you look in each expansion you’ll see new ideas that we bring to the table to continue to push the series forward, and a number of things that get incorporated directly from community feedback. Finding the right balance of those things will continue to be an important part of our decision making going forward.