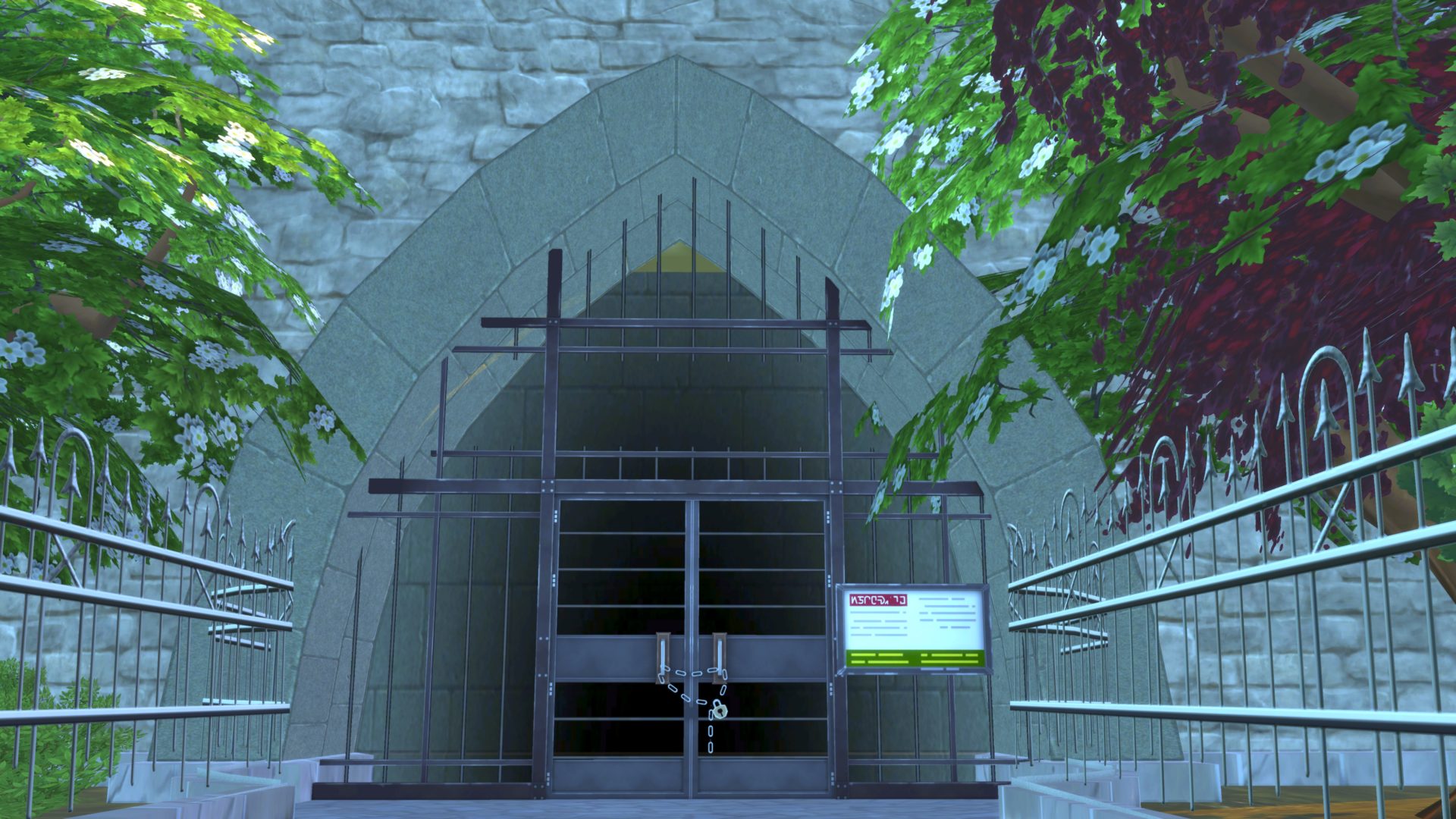 As a party-goer in Windenburg, you must have seen an old wishing well somewhere in the Ruins. “No,” you say? Well, maybe you were not paying attention. Hopefully, the almighty Plumbob(s) will “enlighten” you after reading this article, making sure that you will see it next time you visit the place.

Locals call it the “Whispering Wishing Well,” but clarify that it actually does not whisper. “I think sims may have hid in the nearby bush making noises when someone discover the well, which led them believed that the well was whispering,” said the mayor, Boone Jour. “We’ve put up signs banning the entering of bushes all over the town, but those juiced party-goers just doesn’t care.”

The exact origin or history of the wishing well is unknown. When digging through archives in the local library, Quad Manor, the record shows that it was documented only after E&A entered Windenburg. Therefore, it is possible that the well was constructed in modern ages. Nevertheless, it appears not to be any sim’s concern. The main draw of the wishing well is that it may have the ability to grant a sim’s wishes.

However, opinions on the nature of that power are quite mixed.

Mona Uniflora is one of those who claim to have benefited from the wishing well. Living in the Old Town District, she asserts that a recent fortune she made came from the wishing well. “I tossed in §1,000 and suddenly received a call saying that I won the lottery,” she said. “I didn’t even know that I’ve bought one.” She also said that the wishing process is quite simple: one just throw coins into the well and make a wish; though the amount of simoleon one offer is up to their own will. “Some said that the more you toss in, the better the result,” Uniflora added. “But I think carrying §10,000 worth of coins to the Whispering Well is just nuts.”

Others are not so sure that the well is all sunshine-and-rainbows; some even regard it as evil in nature. Han Kim, a ghost who resides in the Moonlit Cemetery, said that the wishing well turned him into a ghost. He flew all the way to Windenburg just to make a wish, “I was diagnosed with Triple Threat some time ago, so I was hoping that it would prolong my life.”  After giving the well §100, he had a feeling that he was “blessed with perpetual youth,” but only to found out later that he died. “A few ghosts suggest that I try again and wish my life back – apparently it is a thing, but I’ll never trust that wicked thing again,” said Kim.

Mayor Jour, on the other hand, simply advises sims not to waste simoleons on these unfounded rumors. “I’d rather spend it on an arcade machine; that, my friend, is a way better investment,” he said. Nonetheless, He acknowledges that the town council will not demolish the well since it brings in more tourists into Windenburg.

Sorry to snap the immersions out of you. The SMT is a fictional news article, not actual world/sims world events. Although I try to base these stories on what the sims can do, there may be times that I have to combine multiple packs to realize the content written. Please understand this and take it as a fiction instead of a news report.

I hope you enjoy your day, and thank you very much for supporting the SMT and SimsVIP!