The Sims™4 Seasons* is a foundational pack that helps players tell stories with weather, holidays, and seasons that affect the daily lives of Sims. To give you an idea of what to expect from the pack – and some fun bits from other packs, too – we’re sharing a year in the life of the Climate family. These characters will be available in the Gallery and will require The Sims 4 Seasons to play.

This is part two of a four-part series. Check out Part One here.

The Morning of Winterfest

Nicolas Climate looked down from the front porch onto the wide bevy of snow coating his front yard. His big sister Summer was upstairs on the phone. His mom, Janine, was taking a much-needed nap after preparing everything for Winterfest. And his dad, Arthur, was totally distracted decorating the holiday tree.

Nobody was looking. It was time to make his move.

Nicolas bolted off the porch, which for him means he slowly ambled down the stairs with his clumsy toddler gait. Once in the snow, the familiar crunch met his boot, the warm breath escaped his little toddler face, and he began sprinting toward the shed. He was convinced the presents were hiding there.

Twenty feet from the shed. It loomed in the distance, the door getting larger as he approached.

Ten feet from the shed. His little legs churned as he moved towards his prize. So close.

Five feet from the shed. He could just imagine the creaking sound of the wooden door as he swung it open to reveal a gigantic mound of presents all for him. No gift wrap was safe. He was going to tear them open.

“What do you think you’re doing, little munchkin?” Arthur asked as he picked him up. “There’s nothing for you in that shed, little guy.”

Rats! Caught by the fuzz! The big cheese! The head honcho. Dad.

Nicolas giggled as his dad swung him around in the air in a game of rough house. It wasn’t so much that he wanted to find the presents, but the thrill of danger was too sweet to resist. After all, he was never allowed in the shed. He knew there were secrets in there.

Nicolas’ dad set him down so they could play in the snow. Throwing the fluffy white stuff up in the air, laughing, almost out of breath from the fun. They were so caught up in the moment they didn’t notice the steady drizzle of new snowfall from the sky above. They didn’t notice the frigid temperature and the crisp winter’s chill.

They especially didn’t notice the fat snowball flying through the air to smack dad’s face.

Thwap! Summer knew not to chuck a perfectly crafted snowball at the baby of the family. Besides, watching dad get nailed was priceless. Nicolas couldn’t believe his eyes.

Arthur shook the snow off his face and immediately bent down to grab a snowball and return fire on Summer, who was laughing around the bend of the house.

“You think you’re funny, do ya?” goaded Arthur. “I invented snowballs!”

“You’re going to invent the flu if you don’t come inside this minute!”

Janine was on the porch, awake from her nap, concerned her baby boy was outside too long.

“MoooooOOOOoooooooom!” the three “children” collectively groaned. The symphony of whining was music to Janine’s ears.

She turned and walked inside. The furious stomping and clomping of Sim hooves followed right behind her.

The Evening of Winterfest

“The city is so beautiful covered in snow,” said Janine waiting outside their friend’s San Myshuno apartment.

“I just never get tired of Winterfest. It’s my favorite holiday!” Arthur added.

The Climates walked toward the winter wonderland of San Myshuno. It was filled with festive lanterns, snow pals, hot chocolate, and families snuggled up in boots and scarves.

The two children sprinted to the waiting holiday tree, bedecked with a glorious stack of presents.

“Not until we eat,” explained Arthur, sounding just as disappointed as the children.

A delightful grand meal ensued, complete with a fine ham, much like they’d had at Harvestfest. It was Nicolas’ first grand meal and he loved every twinkle and smile put into each detail of the holiday.

Just then, Father Winter, complete with ridiculous regalia, presented little Nicolas with a gift. Everyone laughed, ran to the tree, and tore heartily into the presents.

Janine clears her throat and gets everyone’s attention. “This was a big year for us with the birth of little Nicolas.” The Smiths smiled and cooed.

“Summer, you’ve really stepped up to the plate for us, and we want to thank you. Arthur and I want to take you somewhere fun during the holidays, since you hate the cold. We also thought it’d be fun, if not challenging, to give Nicolas his first taste of a larger world. So . . .”

Not able to contain the surprise any longer, Arthur burst in with, “We are taking a trip to Selvadorada!”
Summer clapped and squealed while Nicolas looked on, bewildered by her excitement. 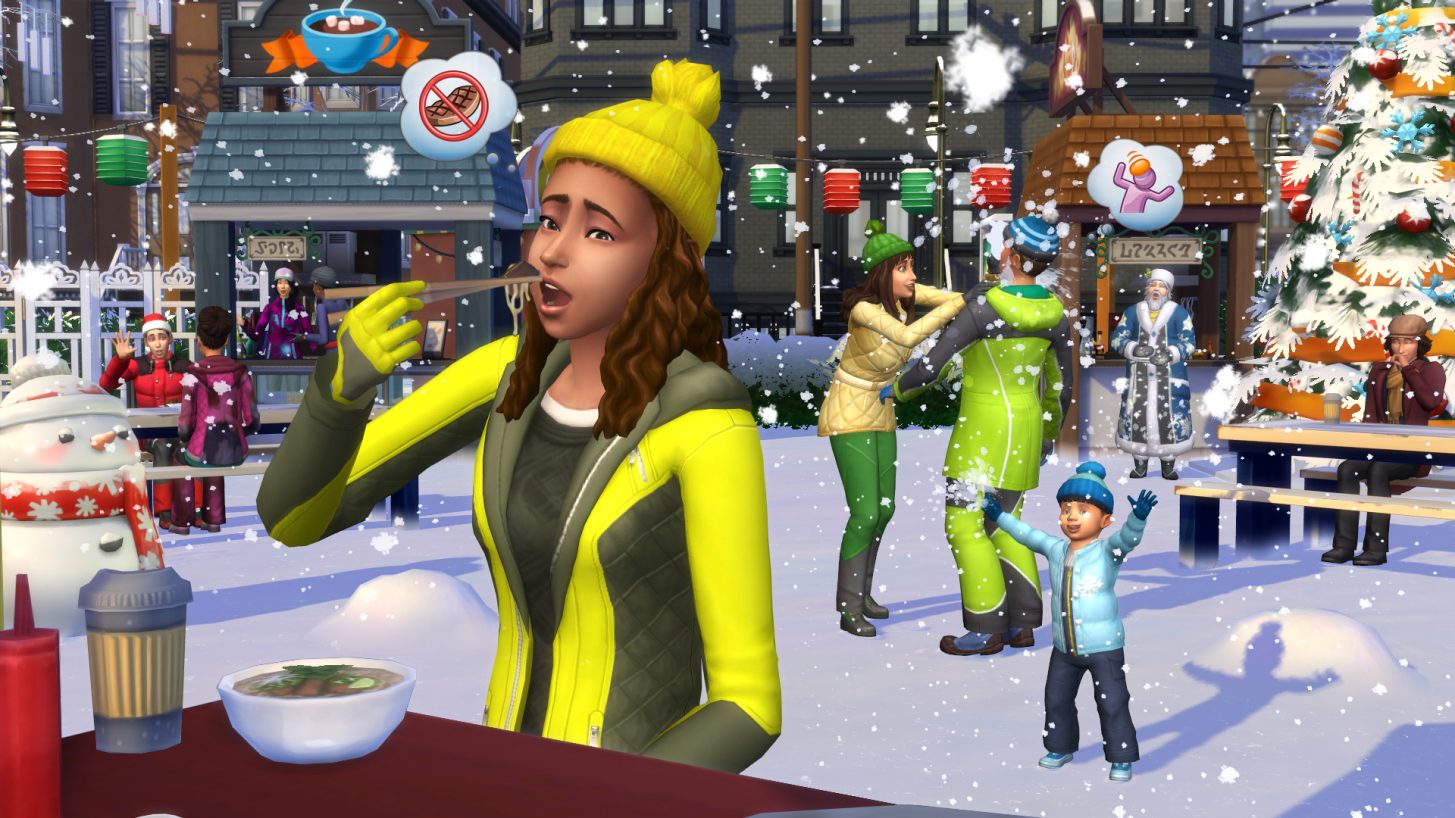 A Few Days Later in Selvadorada

“Breathe, dad!” interjected Summer. “Just, like, be cool for once.”

“Just look at this place honey!” Arthur made sure to buy the ridiculous hat that earned incredulous eye rolls from the locals, Summer, Janine, and even Nicolas.

Well, one thing was true – it was hot in Selvadorada, even in the winter months.

There was so much to do that Janine and Arthur knew they’d need to split up to cover the most ground.

“You two be careful,” noted Janine.

“Don’t worry!” shouted Arthur over his shoulder. “I’m sure we’ll just buy a machete and find some snakes or something.” He was out of ear shot before she could address his nonsense.

Summer lit up at the notion of finally doing something fun. “I thought you’d never ask.”

The two strapped on a pair of boots and hiked along the trail, stopping to collect trinkets from a few easy dig sites, taking selfies in front of ruins, and enjoying the view from a dangerously precarious rope bridge.

“Somebody clearly hasn’t heard of liability law,” said Janine as she stepped off the swinging bridge.

At last, they arrived at the majestic and ancient pool left by a long-dead civilization. The two jumped gleefully into the water, eager to find relief from the scorching jungle sun. Just as things seemed perfect, a torrential rain began to fall.

“Ugh!” cried Janine. “We must be cursed to fly all the way here to enjoy a warm winter in the rain!”

Summer quietly swam about the pool with a huge grin on her face. “I dunno, mom. If this is a curse, I’ll take it.”