The Sims 4: Autumn's Guide to Surviving the Jungle Unprepared | SimsVIP

Hey there! My name is Autumn Equinox, and I am the savviest explorer in all of Selvadorada!

Are you looking to explore the great, mysterious Selvadoradian Jungle, but don’t know how to become a great explorer like myself? Well worry not! What if I told you that anyone can get the most out of the jungle without any preparation whatsoever? That’s right! You can enter the deep forest without any supplies, skills, or help from anyone else. And the best part is that you will still probably come out alive!*

*I cannot guarantee that you will quote unquote “survive.” But being “alive” is such a broad term and can mean anything, right? 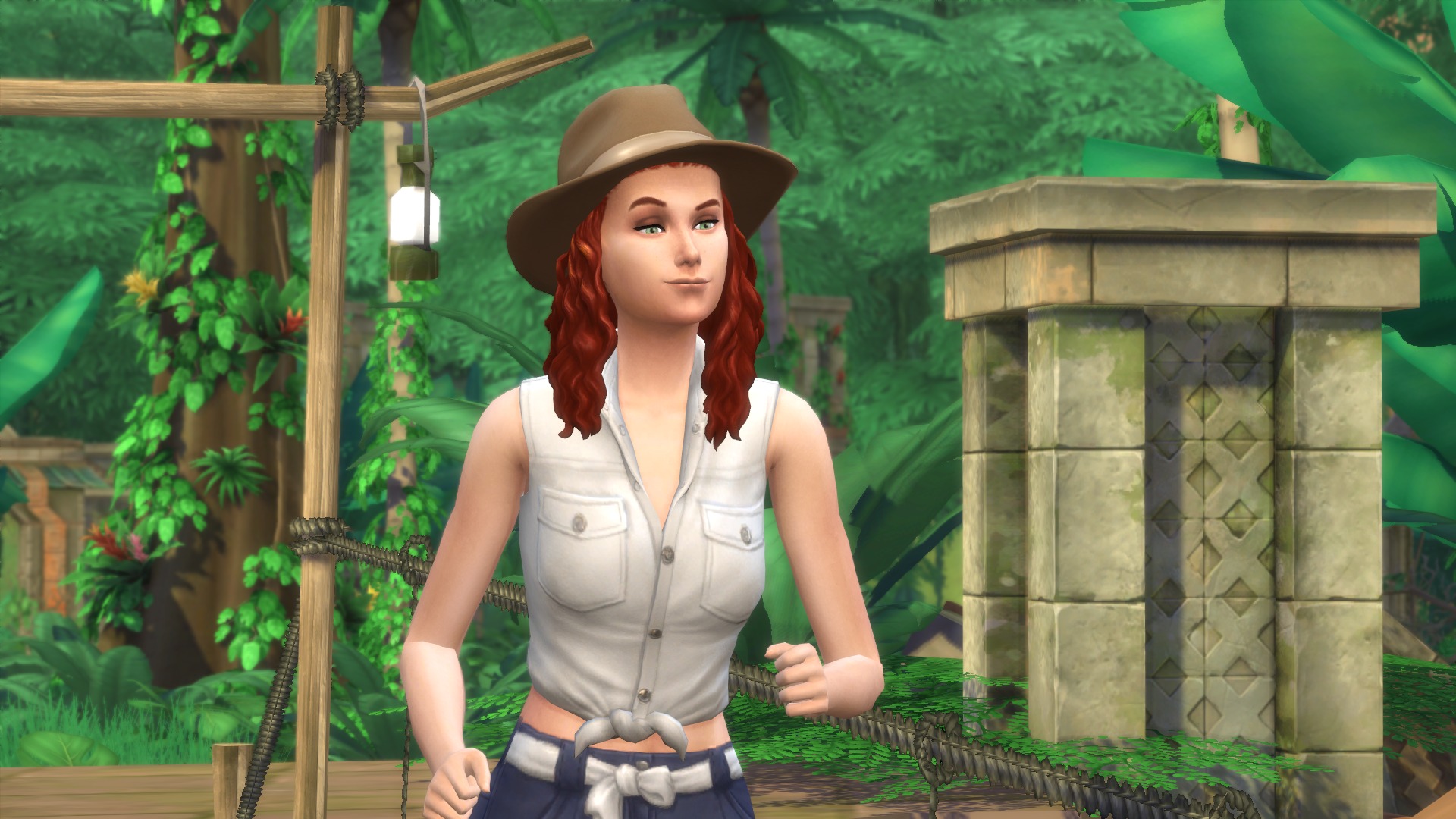 Who needs to waste hard-earned simoleons on things like machetes, water bottles, bug spray, tents, and food when you can just utilize the resources that the jungle offers for us? And who needs to have a high logic or gardening skill to get through all the heavy vines and treacherous paths? Just enter the jungle and wing it! Just trust me on this (however I am not liable for any harm or death that may occur).

I’m not going to lie, though. Surviving in the jungle is a lot harder to accomplish without any tools or skills. But the challenge is all part of the fun!

One of the first things that you are going to notice when entering any part of the jungle unprepared is that you are not going to be able to get through vines very easily without a machete. But that’s okay! EA gave sims two hands for a reason, so use them to clear the way! Sure, it’ll take a bit longer, but you’ll increase your gardening skill by doing this, and that could help you with your food supply later on. 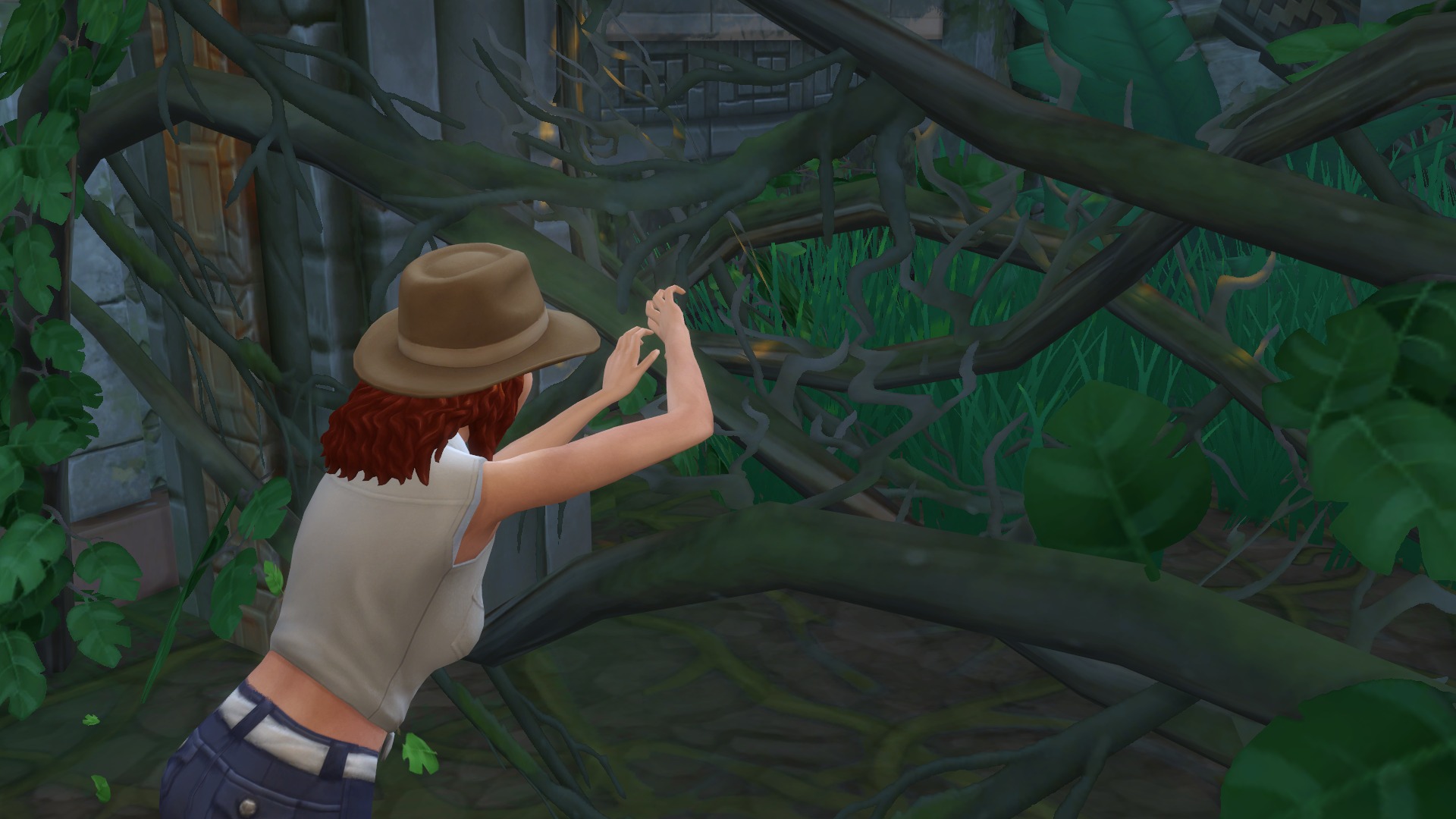 However, if you’re not careful enough, you could end up hurting your hands pretty bad, and you’ll need about two hours to heal before clearing any more vines. But that’s not necessarily a bad thing. During that time, you can harvest some nearby fruits and vegetables, stare blankly into the nothingness of the sky, or excavate some curious dirt patches.

You might also find yourself in a bit of an uncomfortable situation if you end up getting swarmed by plasma bats, stung by bees, or covered in spiders. But I’ll let you in on a bit of a secret… they are relatively harmless, and some of them actually just want to be your friend! Some of them just get a bit… feisty. But I can assure you that a bite or sting is not going to do anything too damaging to you. A lot of people don’t know this, but when a Selvadoradian bee stings you, it’s just the bee’s way of trying to kiss you! 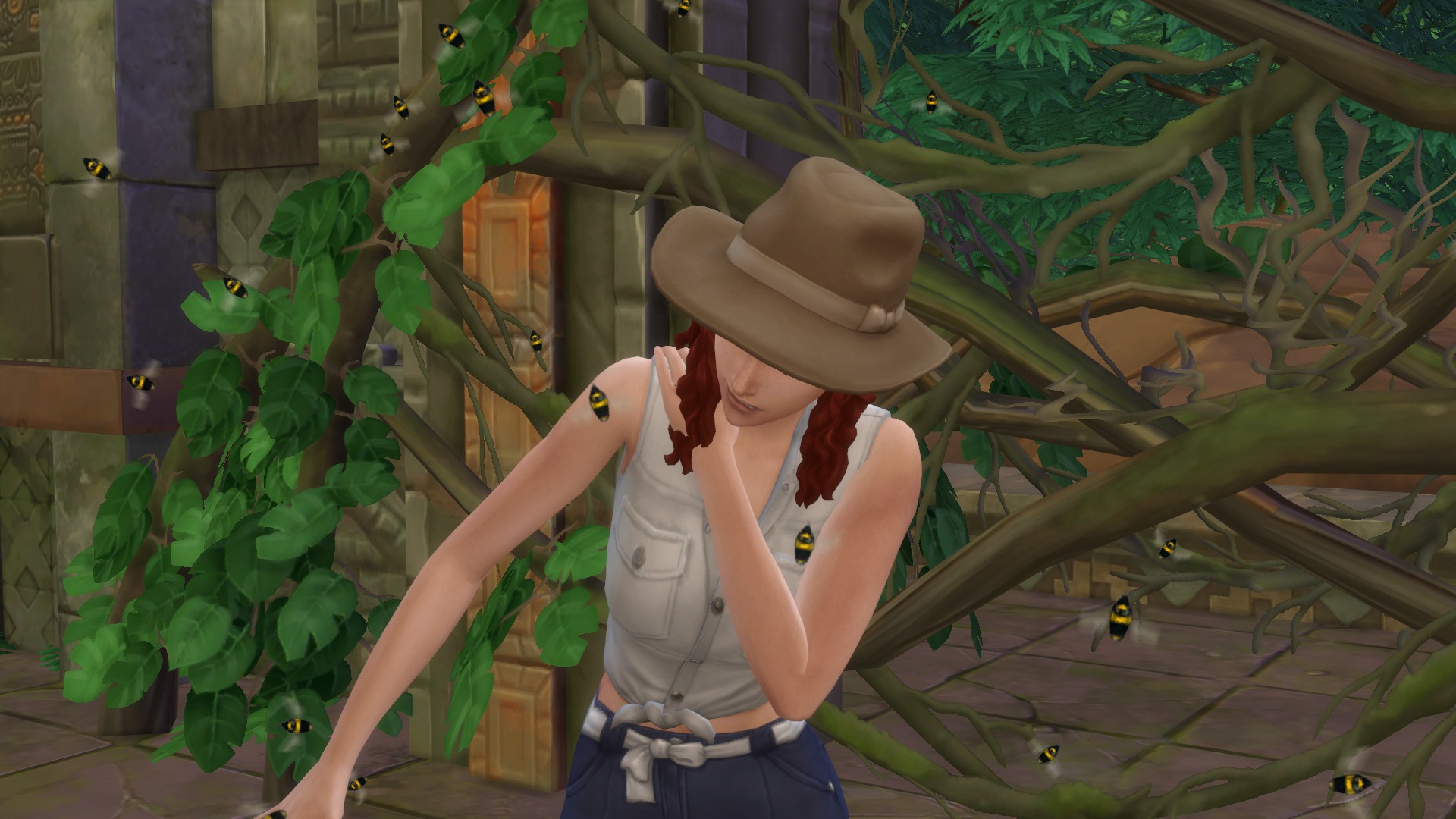 Now, I know what you’re thinking. Heading into the jungle without any food or water is dangerous. But there are plenty of things to eat that nature offers us! Just make sure you’re careful with those colorful berries on those emotional tree things. One time I saw someone eat too many pink berries, and he ended up flirting with his entire hiking group!

And the flora of the jungle is useful for more than just satisfying your hunger, too. You know those big bushes that you can find pretty easily around some of the paths? Well, those are the perfect places to take a nap and become energized for your adventure! And you can also “fertilize” them when you need some “relief,” if you know what I mean.

And if you can’t find a bush to nap or pee in, there’s no shame in passing out in the middle of nowhere or peeing yourself wherever you’re standing. No one except a few creepy crawlies will be around to see you! 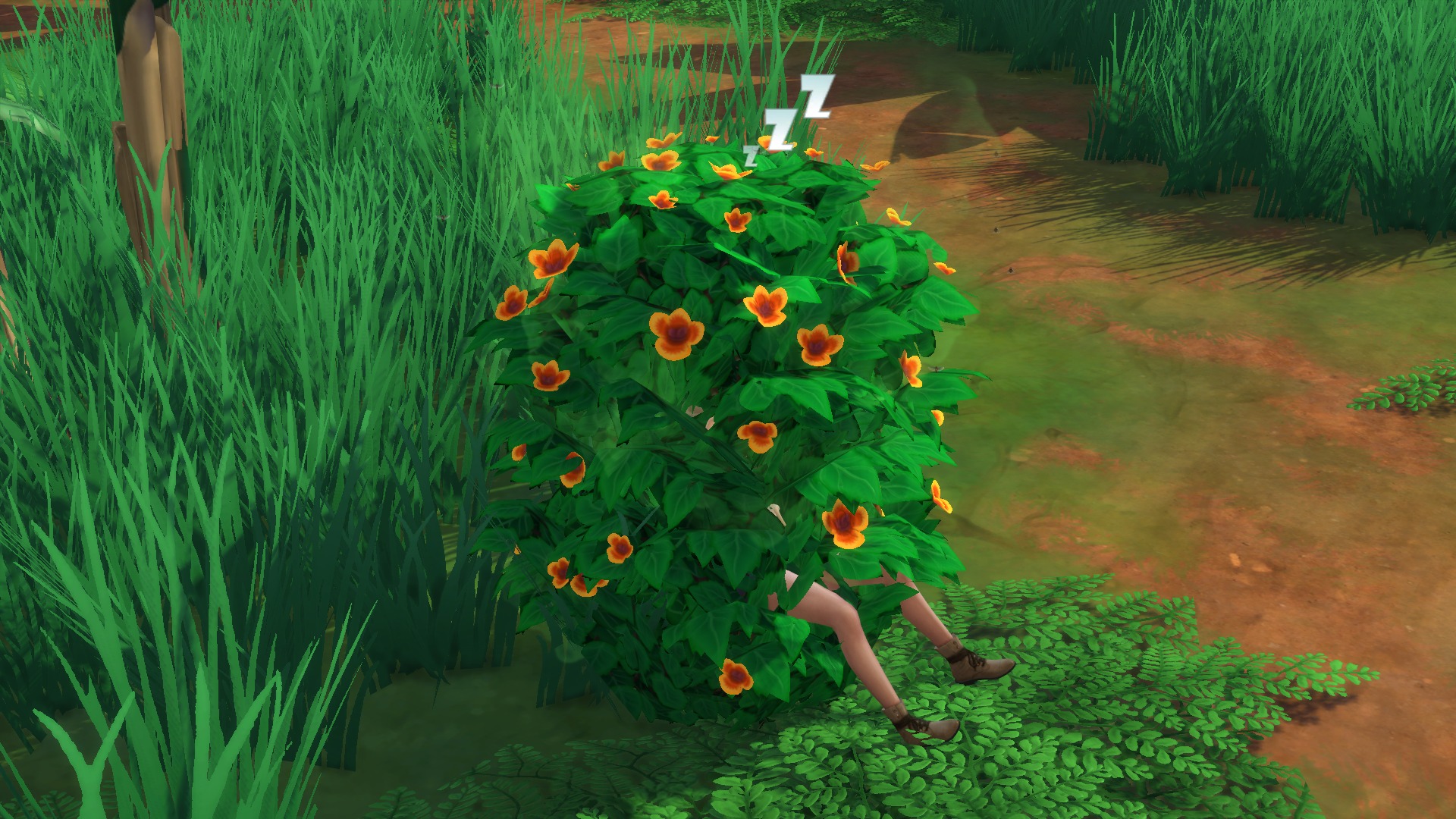 You might be concerned about some of your other needs while in the jungle, too. Of course, the jungle has a severe lack of showers and bathtubs, so personal hygiene might be a concern for you, especially if you go down the route of peeing yourself constantly. But let’s be real here. If you’re in the jungle for days on end without anyone else around, are you really going to care about your personal hygiene. Well, I guess some people might, but it’s just one of those things you have to deal with. Maybe you’ll find some bottled water in your adventures, but if not, just think of it as you saving time because you don’t have to bathe yourself!

Same thing goes for your social need. You won’t be able to talk to anybody on one of those newfangled cellular phones that everyone has these days since the nearest cell tower has been knocked down by a group of angry beavers, but who cares about socialization when you have nature instead? But if you’re truly desperate to talk to someone, you might be lucky enough to find a skeleton in a temple or something. Just be careful not to, uh, dissemble their bone structures or anything. They don’t appreciate that.

You might also end up caught on fire at some point if you’re brave enough to traverse some ancient ruins, but that’s another thing you don’t have to panic over. You can usually find bodies of water somewhere around you, and even if you can’t, we sims are able to pull fire extinguishers out of thin air for some reason. Don’t ask why. That’s just sim logic. 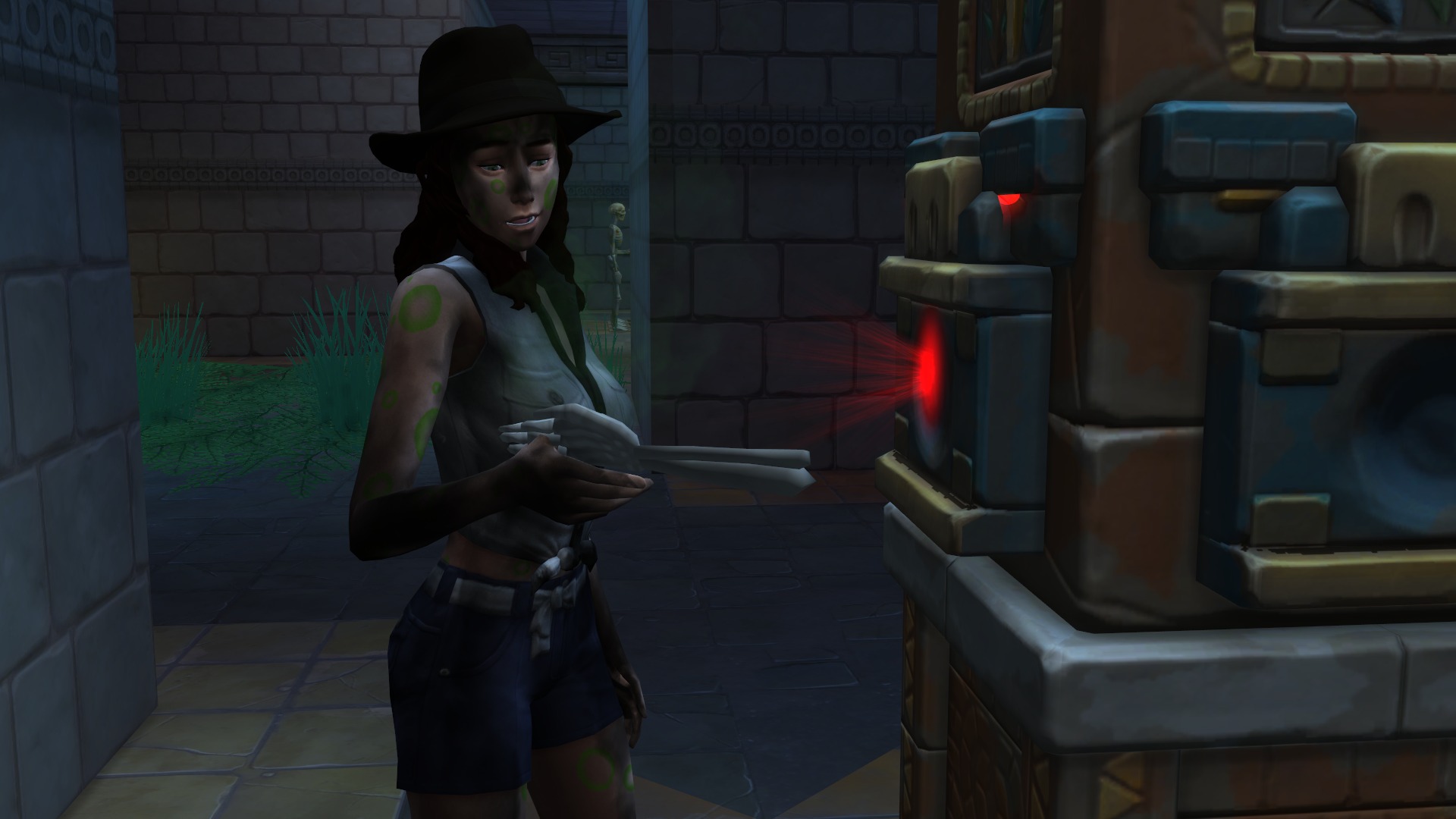 Overall, the Selvadoradian Jungle is definitely something you can conquer without any skills or supplies. It won’t be a cake walk, but it will be quite the experience! You’ll still be able to reach that treasure you’re looking for, even though you’ll probably be singed, smelly, and poisoned. But don’t freak out if you get poisoned by a dart. You’ll probably be fine. Probably.

Well, that’s all the advice you need for exploring the incredible jungles of Selvadorada without any preparation. Will it be a challenge? Yes. Will you gain some skill from doing this? Absolutely. Will you survive? Legally, I can’t guarantee that. 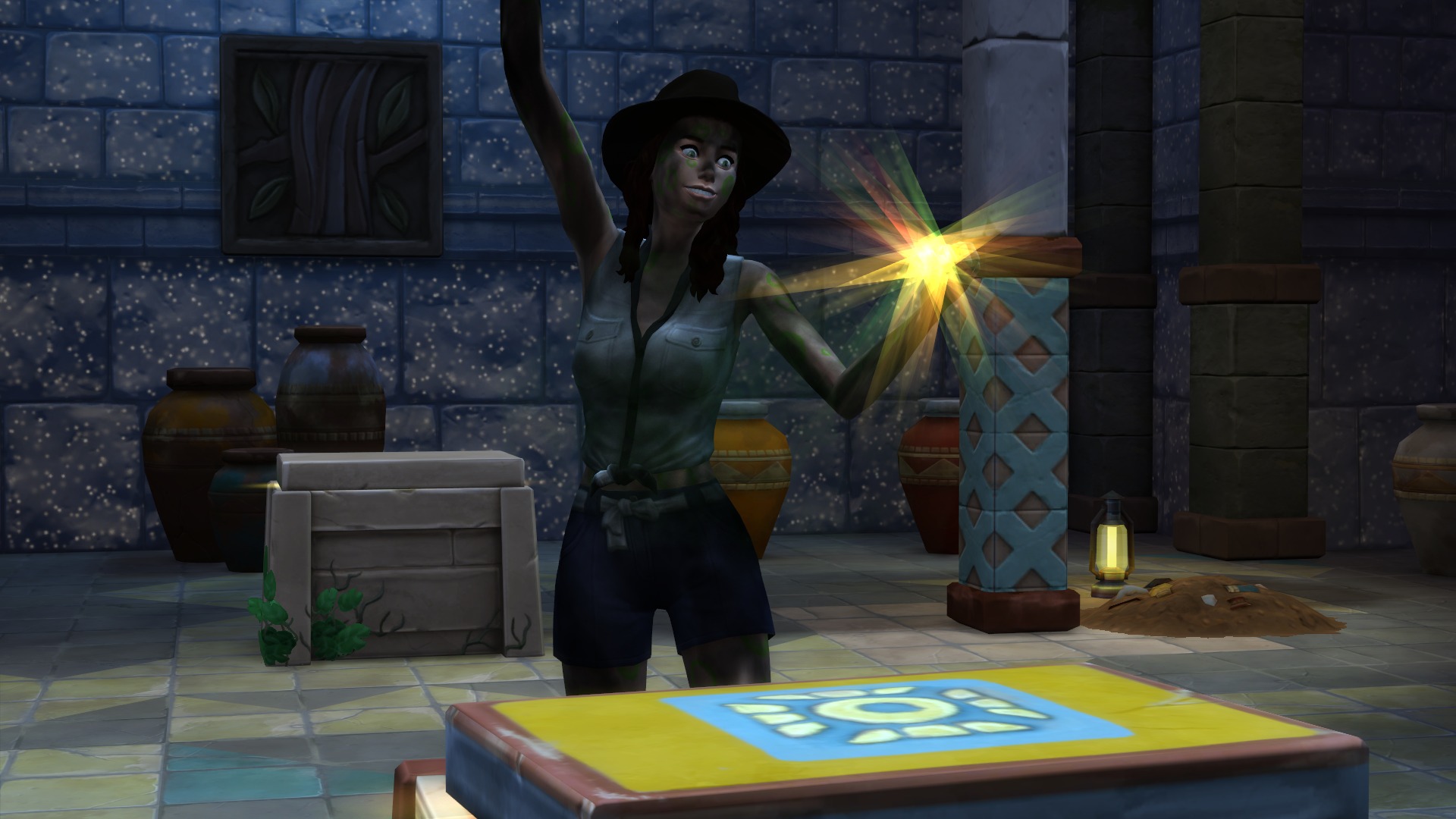 So why not take a chance and just run into that jungle to show those poisonous traps and feisty spiders what you’re made of! Next time, I’ll give some advice on how to get rich quick in some (questionably) legal fashions! If you have any tips of your own for surviving the jungle while unprepared, share your advice in the comments! Autumn out!